Yes, it's true that immigration reform's chances are dead now. But here's why it never had a chance to begin with 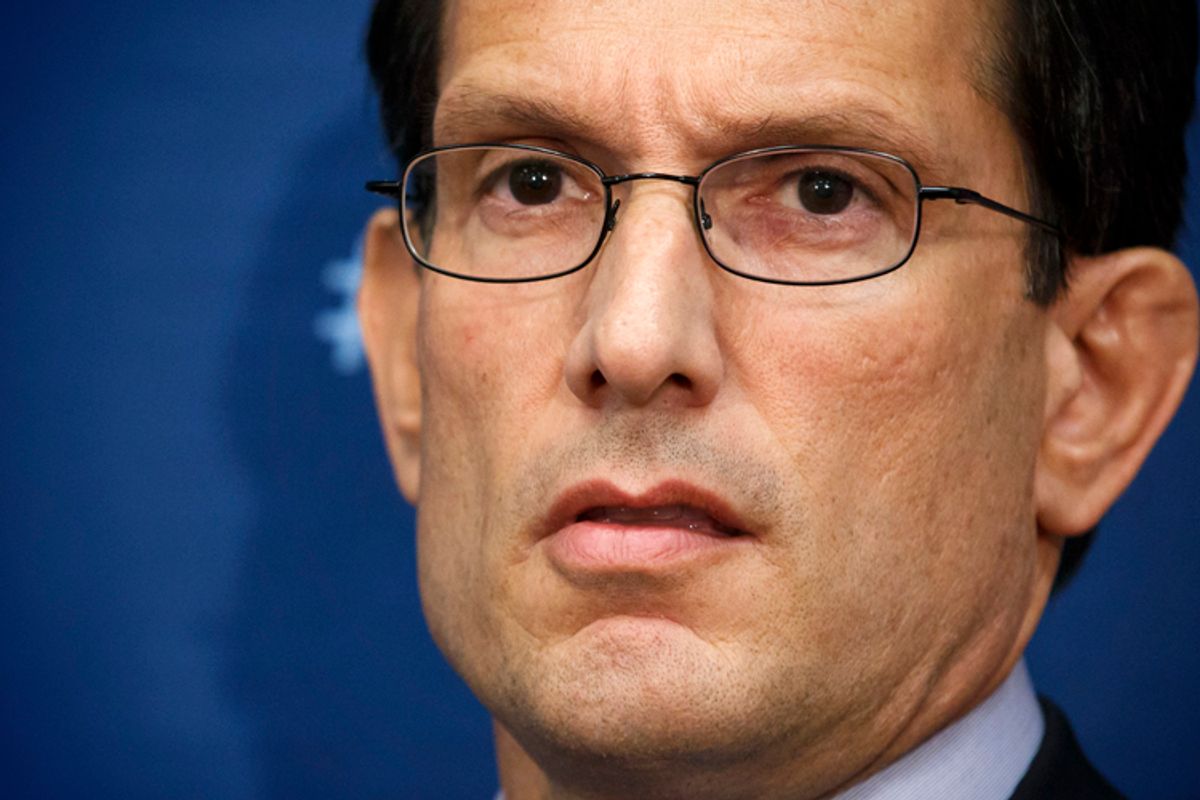 He did it! Professor David Brat pulled off an indescribable upset against Eric Cantor. We wrote yesterday that it was "highly unlikely" that he would do so. It was! The only recent poll had Cantor up by 12 percentage points; Cantor's internal polling had him up by 34; Cantor is also the House majority leader, and the first to lose a primary since the position was created in 1899. We also wrote that "it would be hilarious and amazing if Cantor were to lose his primary tonight, and everyone should be rooting for Brat for this reason." Indeed, it is even grander than previously imagined. Salon is proud to have pushed Brat over the edge.

The quick reaction to Cantor's historic defeat is that immigration reform is now dead. That's true. It's dead as hell. But it was also dead before Cantor's loss, and it would have been dead had Cantor won too.

House members who even dabble with the possibility of comprehensive immigration reform -- and Cantor was barely even a dabbler, before turning hard against it in his primary -- risk being upset, or at least given a run for their money, in challenges from the right. Before Cantor, Rep. Renee Ellmers in North Carolina's 2nd District had to wage a hard fought primary campaign which she, unlike Cantor, was fortunate enough to survive. (Ellmers had caught the ire of the anti-amnesty brigade when she got into a shouting match with a constituent over immigration.)

It's relatively easy, as last night's election proved, for the Ingraham-Coulter axis to swoop into a congressional district with a modest tens of thousands of primary voters and make a big ruckus to draw out activists. This is why the House hasn't acted on immigration reform, wasn't going to act on it if Cantor had won, and certainly won't act on it, or basically anything else, now that Cantor has lost.

The story of how Cantor lost wasn't entirely about immigration reform, although that is the issue that brought the race crucial attention from right-wing media. Cantor was also just unpopular in his district and, perhaps, hadn't been paying it much attention in his ambitious quest to move up the ranks of the House leadership, which itself is despised. Some quick figures pulled together last night by Public Policy Polling demonstrate this:

Cantor has a only a 30% approval rating in his district, with 63% of voters disapproving. The Republican leadership in the House is even more unpopular, with just 26% of voters approving of it to 67% who disapprove. Among GOP voters Cantor’s approval is a 43/49 spread and the House leadership’s is 41/50. Those approval numbers track pretty closely with Cantor’s share of the vote last night.

And then there's this tidbit from PPP's findings:

72% of voters in Cantor’s district support the bipartisan immigration reform legislation on the table in Washington right now to only 23% who are opposed. And this is an issue voters want to see action on. 84% think it’s important for the US to fix its immigration system this year, including 57% who say it’s ‘very’ important. Even among Republicans 58% say it’s ‘very’ important, suggesting that some of the backlash against Cantor could be for a lack of action on the issue.

PPP may go a bit too far in suggesting that "some of the backlash against Cantor could be for a lack of action on the issue." Maybe some of the backlash among all voters in Cantor's district. But among Republican Brat voters? It's hard to see how those who voted for "Da Brat" did so because they thought he'd be more effective at pushing #shamnesty through the House.

It's possible, even likely, that both things are true, and that gets to a larger problem the party faces. Majorities of passive Republicans may want immigration reform pushed through, while minorities of activist Republicans don't. In a congressional district, the activists with the energy can show up to the polls and get their way. That has a chilling effect on action in the House, and it hurts the national party's chances in presidential elections.