The pathetic scramble to rationalize the Irish babies scandal

A "that was then" attitude won't make it go away 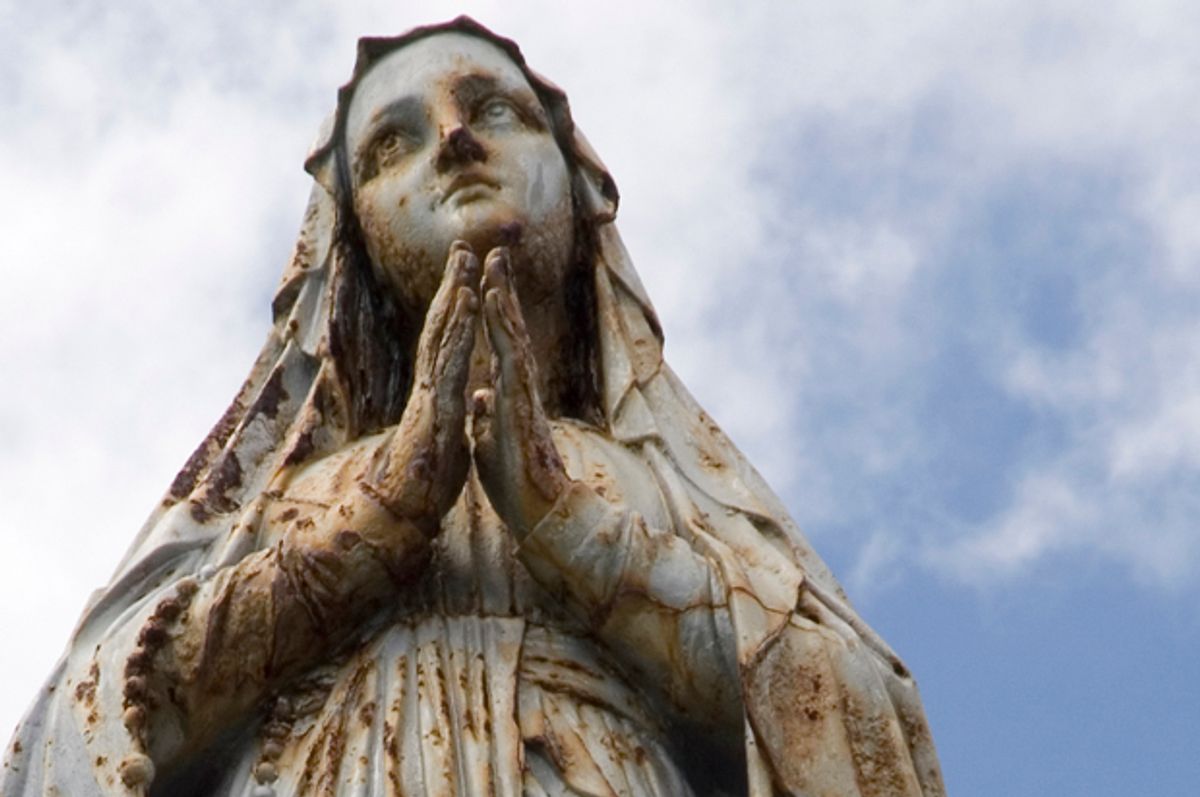 The full details of what exactly happened to the children of the Home – institute for unwed mothers that operated in County Galway between 1926 and 1961 – are still emerging. The picture that has already been uncovered since the revelation this past weekend that historian Catherine Corless had uncovered death records for nearly 800 babies and young children who had died there – and a mass grave near a septic tank on the now shuttered site's grounds. It worsened with the further news this week from Cork University’s School of History's Michael Dwyer that potentially thousands of children in the Irish care homes system were also subjected to experimental vaccine trials. But hey, let's not get too judgmental here.

In a jaw-droppingly dismissive piece this week Forbes calls the story a "hoax." Irish writer Eamonn Fingleton, to boost his case, notes that Corless never actually used the word "dumped" to describe what happened to the bodies, and the remaining question of where, precisely, all the unaccounted for bodies may be found. But from there he goes straight to speculation. "Although many of the nuns may have been holier-than-thou harridans, they were nothing if not God-fearing and therefore unlikely to treat human remains with the sort of outright blasphemy implied in the septic tank story." See, it's a hoax because he can't believe it. "The nuns who ran the orphanage have long since gone to their reward but if they could speak for themselves they would no doubt claim they were doing their best in appalling circumstances," he adds. They were so young when they entered religious life — typically in their late teens or early 20s — that they had little understanding of the secular world and were evidently short on managerial skills." And while explaining the "positively Dickensian" circumstances of Ireland at the time, he feels it necessary to add, "Very often readers do not have the experience and worldly wisdom to see through the nonsense, particularly in interpreting reported developments in nations whose cultures diverge sharply from those of the West." On this at least we agree -- if there is a "reward" in the afterlife, I sincerely hope the nuns who ran the Home are receiving it.

Let's look at this "nonsense." The abuses of women and children that went on in the Irish homes and institutions of its sort in the first part of the 20th century have been well established and documented. A 2009 Child Abuse Commission report cited multiple accounts of "physical, emotional, neglect and sexual" abuse throughout the Irish church- and state-run institutions at the time, and last year, Irish Prime Minister Enda Kenny issued a formal apology to the women who were forced into labor in the country's infamous Catholic-run Magdalene Laundries, calling it "a national shame." A 1944 report on the conditions in the Home notes overcrowded conditions and children who were "poor, emaciated and not thriving," "pot-bellied" and "fragile." And Corliss recalls that growing up, those managerially challenged nuns would make sure that the Home children “were always segregated to the side of regular classrooms…. They didn't suggest we be nice to them. In fact if you acted up in class some nuns would threaten to seat you next to the Home Babies." In some years, more than half of the children died.

That Ireland faced brutal poverty and high infant and child mortality during the years these institutions thrived is not a question. That does not, however, mitigate the undeniable track record of cruelty and neglect. It does not change that those children were not honored and respected, that they were, as the Independent noted this week, "denied baptism and, if they died from the illness and disease rife in such facilities, also denied a Christian burial." So when the Tuam archdiocese's Father Fintan Monaghan says, “I suppose we can’t really judge the past from our point of view, from our lens," I think, sure we can. And when a contemporary Irish nun tells the Independent that "I was horrified by the headlines but that was then, and this is now, and a lot of those women had nowhere else to go," I'm going to go ahead and say that Sister Liz's fear of being "demonized by the media" suggests a deeply insensitive attitude toward the sufferings of others and some seriously messed up priorities.

There has been a widespread call for a full inquiry into the fate of the children of not just the Home but other similar institutions across the country, including a recent public petition that quickly garnered over 30,000 signatures. This week Enda Kenny has announced a special commission of investigation into the homes, including the high death rates, the burial practices, the vaccine trials and illegal adoptions. It is to be an inquiry into "the kind of country Ireland was, the kind of country where women in particular were the focus of shame and suppression" and out-of-wedlock children "were deemed to be an inferior sub-species." An inquiry long overdue and utterly essential. Ignoring the misdeeds of the past doesn't make them go away. And when you try to bury them, eventually, they're found anyway.