Louis C.K. goes up against TMZ 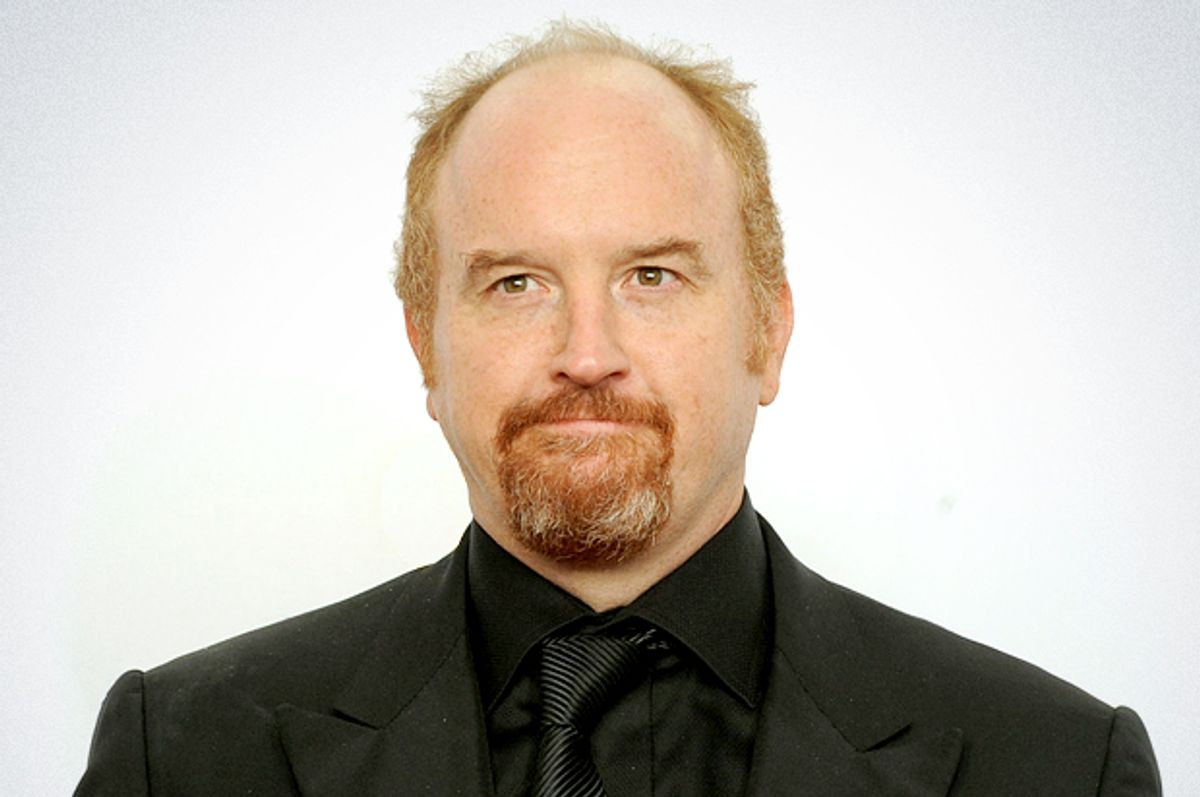 You know how, when something is really terrible, people say, "It was like a car accident – I couldn't look away?" When it actually is a car accident, try looking away.

In the wake of the deadly accident this past weekend that killed comic James McNair and left Tracy Morgan and three others seriously injured, comedy heavy hitters Louis C.K. and Judd Apatow have taken to social media to plead for TMZ to remove a video from the scene. On Wednesday evening, C.K. tweeted a link to a heartfelt request from Krizya Fuqua, the daughter of comic Ardie Fuqua, who was also injured in the accident. In it, she asks, "I would honestly like to petition TMZ to remove this video. They don't understand how hurtful it is to see my father be dragged out of the wreckage. Along with all the false information on his condition. I understand people want to know and people want to be updated, but enough is enough. This is hurting my heart so bad that this video is posted for all to see. No one should see my father this way. All I ask to kindly be left alone so that way my father and everyone else can recover in peace…. Please TMZ remove this video."  A few hours later, C.K. posted again, asking, "Take it down TMZ. Now. Please." He continued: "Ur all crashing the Link to story. Tmz has a video of footage of my friends Tracy and Arte in a terrible crash. They are in ICU… Arte's brave daughter asked them to take it down. They won't. Please don't go to TMZ to watch the video. Please ask them to take it down. Judd Apatow later weighed in as well, retweeting a message that "This is not entertainment" and asking, "HarveyLevinTMZ please take down the accident video." As of Thursday morning, the video is still up on TMZ, with the sexy headline, "VIDEO Shot Just After Crash: Panic in the Streets."

A few weeks ago, I was on a morning walk with my daughter when we came upon the scene of a car accident. An ambulance was already on the scene, and surrounding the periphery of the crash was an assortment of expressionless bystanders snapping away. I tried to imagine what it would feel like had it been my daughter and me in that wreck, to be helpless on a stretcher while a bunch of strangers were Instagramming our injuries. And I thought it must feel like violation. So when I consider what it must take to shoot a video of the scene of an accident and then sell it off to TMZ, I can't help but conclude that the person who did it must be a pretty big piece of trash. But it takes an even bigger piece of trash to post that video and then to brazenly ignore the pleas of a daughter regarding a vulnerable and traumatic moment in her family's life -- a moment in which another human life was lost.

The eternally garbagey TMZ seems to be on quite the barrel-scraping run of late. Just this month, it proudly released a video of Jonah Hill telling a paparazzo to "Suck my dick, faggot" – a real coup, especially when you completely ignore how the lensman was goading and obstructing the actor as he walked down the street. Then came the allegations from "multiple sources with knowledge of TMZ’s editorial operations" that the gossip site was for years blackmailing Justin Bieber with those recently released damning videos of the pop star dropping racial epithets. (TMZ calls the report "completely not true.")

Not that anyone expects TMZ and its ilk to behave in a manner consistent with having any sense whatsoever of empathy, compassion or basic decency, but there is always the slight possibility that if enough people register their disgust and tell TMZ that this is beyond the pale, it just might make them reconsider the wisdom of keeping the grim footage up. It might even, maybe, make them think twice about whether they feel like igniting a similar crap storm the next time something like this inevitably happens. In the meantime, let Krizya Fuqua's words be a reminder that every day, we vote with our clicks. We vote with what we choose to link to and promote. When a celebrity gets in a car accident, it's news. But when a family's personal crisis is someone else's click bait, that's inhumane. And we owe it to our own humanity to refuse to participate in it.