Poor, white and pissed-off in the age of inequality 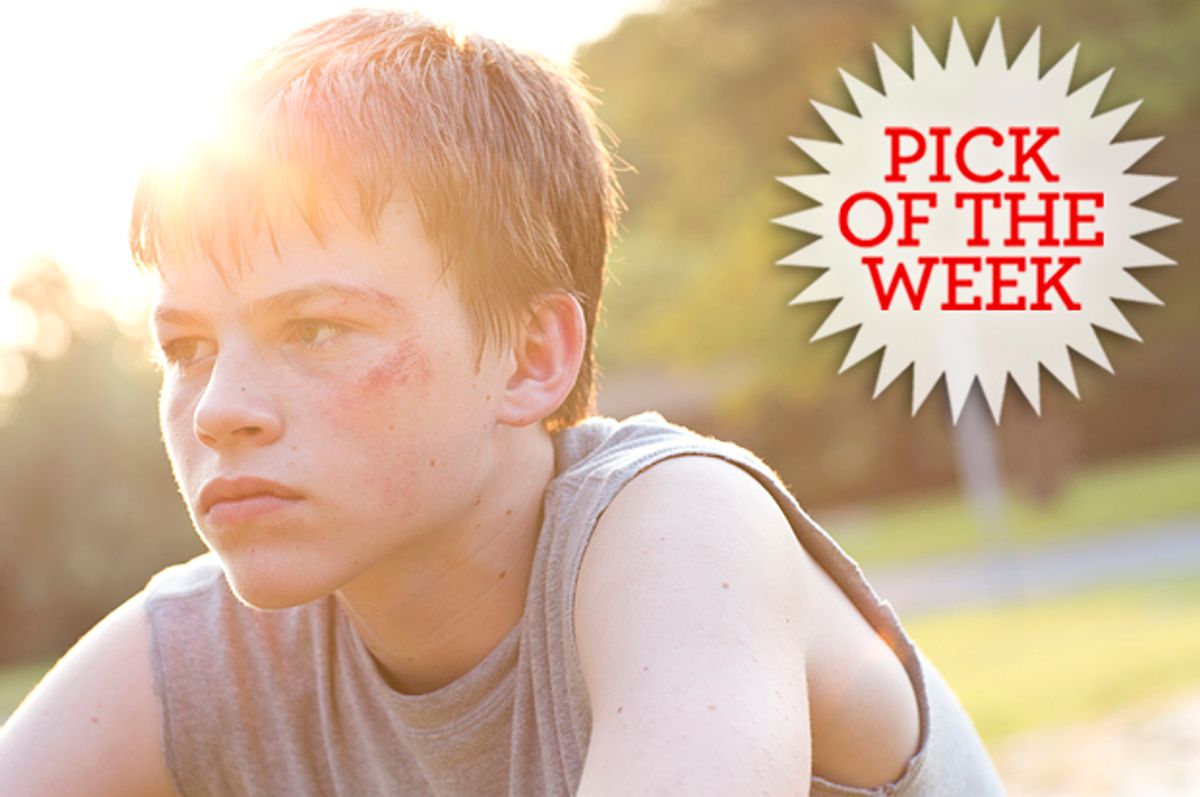 One of the breakthroughs of this year’s Sundance festival, writer-director Kat Candler’s indie feature “Hellion” offers a startling and memorable portrait of adolescent life in downscale East Texas suburbia, along with a white-hot breakthrough performance from teenage actor Josh Wiggins. He plays a rootless, handsome 13-year-old named Jacob Wilson, an aspiring motocross racer and heavy metal buff who stands a little apart from the other ne’er-do-well teenagers of Port Arthur, Texas. (Wasn’t that Janis Joplin’s hometown?) Jacob comes close to being a classic avatar of American boyhood, who dreams of bigger things and vows to remain uncorrupted. He acts as if he sees things other kids (and adults) can’t, and carries a burden others don’t, and eventually we will come to understand that he’s right about that.

When we first meet Jacob in Candler’s pulse-elevating opening scene, he’s savagely vandalizing a pickup truck, for unknown reasons, in the parking lot outside the local high school’s football stadium. It’s a terrific world-establishing montage (shot by Brett Pawlak and edited by Alan Canant) that moves back and forth between the action in the stadium – the organizing principle of so much social life in Texas – and the anarchic and dangerous energy outside, which will end with Jacob being sent to a juvenile facility. Once there, he has to stand in a line of miscreant boys and intone the mantra “I will take ownership for my actions and the consequences of those actions.” If there’s something profoundly ironic in being compelled to speak such words by a drill-sergeant type, it still stands as the central conundrum in Candler’s film. What do big words like responsibility and freedom mean, in a life as constricted as Jacob’s?

To my mind, some reviewers at Sundance seemed to miss the social context of “Hellion,” or the issues it raises that Candler never directly spells out. “Hellion” has no explicit political content or message, and never announces itself as a story about race or gender. But it’s a movie set among the embattled and downtrodden white people of deep-red exurban America, the demographic of the Tea Party and the Second Amendment, and it’s a heartbreaking story about a troubled all-male family, made by a female director. Jacob is balanced between his sweet-natured and well-behaved younger brother, Wes (Deke Garner), and their alcoholic, heartbroken dad, Hollis (Aaron Paul of “Breaking Bad”).

Hollis is a useful twist on the redneck failed-father archetype in that he really isn’t a bad guy. If the character feels a bit thinly sketched in Candler’s script, Paul gives him a wonderful hangdog likability that nearly redeems him time and again. Hollis loves both his sons unconditionally and is not violent or abusive in any serious way; he understands the general concept of how a dad is supposed to behave but can’t quite get it done. (Honestly, I think almost any father will relate.) He’s late for everything and frequently leaves Wes in the care of Jacob, at this point a known hoodlum who is on probation. Where is their mother? Well, we do find that out eventually, but for much of the film we only know that Hollis is devoted to fixing up the beach house she loved in nearby Galveston, which was evidently wrecked in one or another of the Gulf Coast’s parade of hurricanes.

When a social worker shows up and finds the two boys unsupervised amid beer cans, dirty dishes and a few scraps of fast food – Jacob is eating a sandwich comprising white bread and Cool Whip – the results for the family are both predictable and disastrous. To some extent, “Hellion” is a parable based on the old saw about good intentions and the road to hell. Does the Wilson family require intervention and professional help? Absolutely. Does splitting up Wes and Jacob (who adore each other) and nudging Hollis ever closer to the abyss of booze and despair really make sense? Wes goes to live with his Aunt Pam (indie stalwart Juliette Lewis in a quiet, solid performance), who seems to be the one sober and reasonable grown-up in Port Arthur. Hollis retreats into sadness and failure, which only exacerbates Jacob’s exaggerated pride and immense disdain for adult hypocrisy. Maybe his dream of motocross stardom can reunite the family, but if that doesn’t work he’s willing to pursue more extreme ideas.

We see how that plays out and it isn’t great, though I would argue that Candler has tried to introduce elements of melodrama into a film that probably didn’t require them. The hurricane-damaged beach house feels like overly obvious symbolism rather than an organic aspect of the story, and a third-act explosion of violence feels like a screenplay concoction (although the very end is better). The real story of “Hellion” lies in Wiggins’ long-distance James Dean gaze, which would burn down Port Arthur and everyone in it if it could, and in the way Candler and Pawlak capture the heat and dust and tract-house sameness of this flat and humid country with almost lyrical concentration. “Hellion” is in some ways an antidote or companion piece to the Texas-childhood segment of Terrence Malick’s “Tree of Life,” with the poetic reverie replaced by Slayer and Metallica and no heavenly shore at the end of the journey. Jacob yearns to grow up – but what the hell for? Look at what he stands to inherit.