After being disastrously wrong about it the first time, conservative "thought leaders" have their own war plan 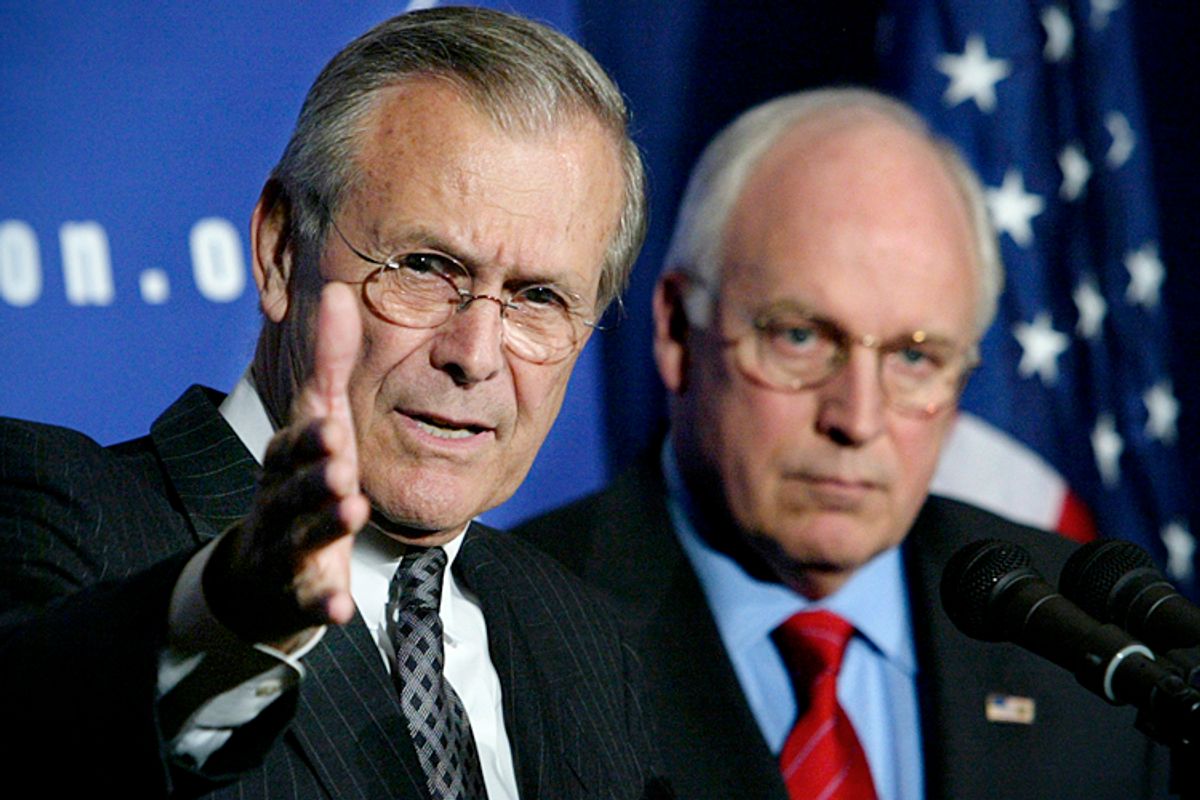 The eight-years-long bloody disaster that was the Iraq War did nothing – absolutely nothing – to persuade its architects, promoters and defenders that military intervention in the region is perhaps not the best idea. With Iraq now falling to pieces as it struggles to contain the advance of the Islamic extremist group ISIS, the same public officials who made the spurious case for war in 2003 and the media outlets that aggressively backed it are once again agitating for armed conflict.

The Wall Street Journal editorial board was one of the Iraq War’s most fervent supporters. (“It will be the nasty weapons and the cheering Iraqis the coalition finds when it liberates the country,” they predicted in February 2003, wrongly.) Now they want the U.S. to go back to war, and they’ve even done the courtesy of drawing up their own battle plans.

Mr. Obama now faces the choice of intervening anew with U.S. military force or doing nothing. The second option means risking the fall of Baghdad or a full-scale Iranian intervention to save Mr. Maliki's government, either of which would be terrible strategic defeats.

The alternative is to stage an intervention similar to what the French did in Mali in early 2013, using a combination of air power and paratroops to defeat or at least contain ISIS. But that would be an admission that Mr. Obama's policy in Iraq has failed, that his claims of retreat without risk from the Middle East were false and naive, and that his premature withdrawal now demands an emergency intervention.

It’s that simple! Just send in some paratroopers, drop a few bombs and win. What comes after that? Who cares! Let’s have us a war. YEEE HAW!

The nonchalance with which a collection of newspaper editorialists can commit U.S. lives to intervening in a sectarian civil war is breathtaking. It took 100,000+ U.S. troops several years to make any progress in tamping down Iraq’s last civil war, with tens of thousands killed or wounded. It’s not clear what leads the Wall Street Journal to believe that paratroopers and bombers will be able to have more success this time around. But then, they have the luxury of not having to think any of this through or live with any of the consequences. It’s one of the benefits of being an armchair general.

As for the French model of intervention, let’s leave aside the irony of a gaggle of neocons using the French as a model for military action in Iraq and focus on the results of the Mali campaign. The French sent forces to Mali in January 2013 to beat back the Islamic extremists who had overrun the northern part of the country. They met with initial success, and Francois Hollande declared victory eight months later. Since then, the fighting has continued as extremist forces attempt to reassert themselves.

So, best guess, the Wall Street Journal envisions the U.S. commitment as being open-ended, an ongoing and expensive permanent military adventure. That’s what they wanted in Iraq the first time around, and we ended up with a generation-defining catastrophe that we’ll still be paying for decades from now.