The right's despicable class war: Why they paint the poor as anti-American

For wingnuts like David Brat, bashing poor people as unethical is just one more arrow in their bullying quiver 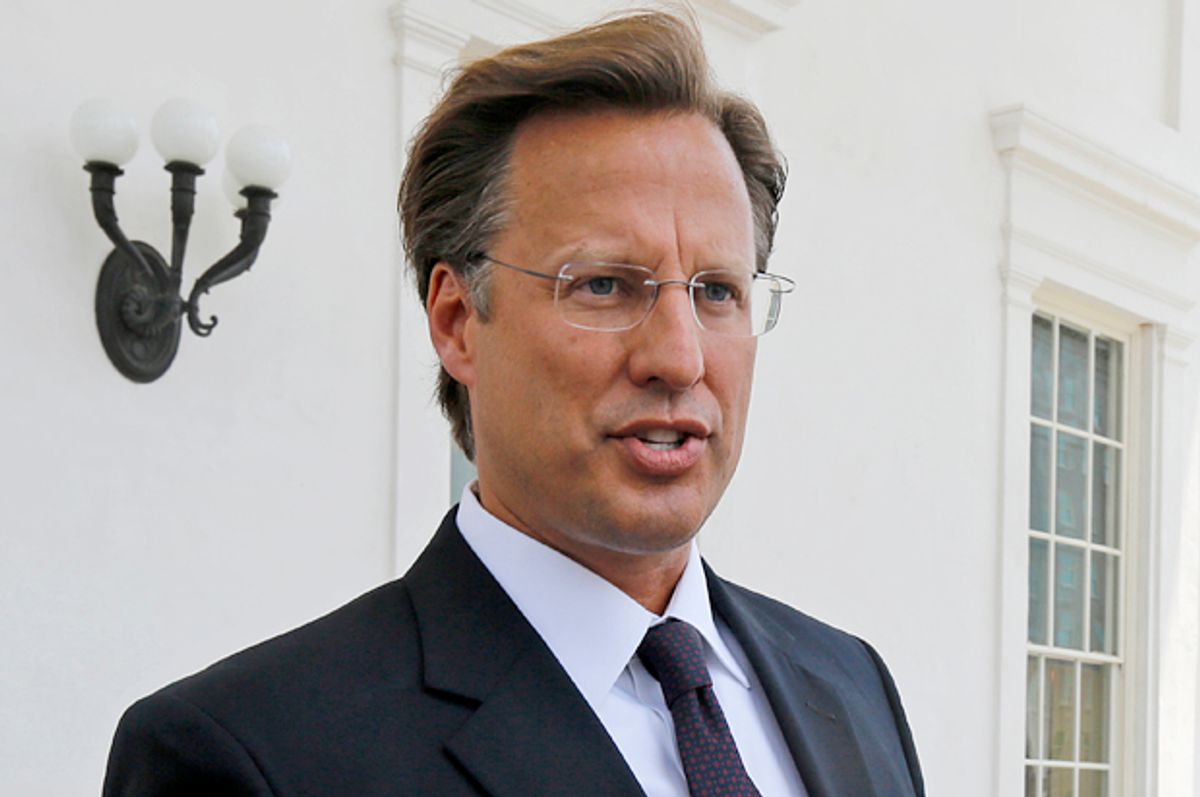 The old adage about sticks and stones may finally apply more soundly to the rich than the poor. According to a new paper released by Ann Cammett of the CUNY School of Law, the way metaphor is deployed in public policy discourse regarding poor parents can powerfully shape public perception of both assistance programs and the people they serve.

In her essay, Cammett argues that the metaphorical context for major cuts to public assistance programs almost always precedes the actual cuts: that is, before pragmatic political reasoning is applied to weigh out the usefulness or efficacy of welfare programs, particular metaphors, many of them racialized, soak discourse regarding them. The most infamous examples Cammett provides are the notorious “Welfare Queen” metaphor popularized during the Reaganite 1980s, and the “Deadbeat Dad” trope pushed almost in tandem. The net effect of the insistence of the right wing on the usage of these metaphors was to make punitive cuts to assistance programs appear urgent and necessary by cementing an image of their beneficiaries as morally corrupt, perverse and malevolent.

Unfortunately, examples of this brand of toxic discourse are not difficult to locate in our society. And because the right is constantly pushing new angles to snip away at social insurance, they’re also constantly busy shaping new metaphorical categories that undermine policy aimed at solidifying a social safety net. For David Brat, the upstart who recently displaced Eric Cantor in Virginia’s 7th District congressional race, that category is about non-Christian bullies. In his essay “God and Advanced Mammon – Can Theological Types Handle Usury and Capitalism?” he writes:

We now have rights to health care, welfare programs, retirement benefits, thirteen years of education, and unemployment benefits. And there is not an item you can think of that is not regulated by the Federal Government. These positive rights bring benefits to many, but the new wrinkle is that someone else must pay for the benefits that are received. We have continually voted to force some to pay for the benefits of others. That is likely the key issue and the key line in this essay, and the one line that animates our current conversation on capitalism. A key line in ethics has been crossed… First, let me ask you as an individual a question. Are you willing to force someone you know to pay for the benefits for one of your neighbors? Will you force them? Very few Christians I know are willing to say “yes” to this question.

There are a number of subtle moves at work in Brat’s analysis, and all of them work toward consolidating an image of a welfare recipient whose moral character is simultaneously un-Christian and anti-American. In his vision, the poor are at the very least complicit in programs of force that he claims violate basic (one presumes Christian) ethical principles; in his hypothetical question posed to readers, he intends to set readers as opposed to the poor who receive welfare. The reader is intended to participate in Brat’s narrative: yes, I am a virtuous Christian, and therefore I would never force someone to pay taxes toward the support of the poor. In doing so, the poor are the non-virtuous, non-Christian, unethical persons participating in such systems of force.

If Cammett’s view of the effect of metaphors like “Welfare Queens” and “Deadbeat Dads” is even remotely accurate, then it’s not difficult to imagine what the destructive impact of Brat’s brand of metaphor could be. The ambiently amoral characteristics of the Welfare Queen and Deadbeat Dad draw their power to maliciously smear welfare recipients from the otherness of their implicit racial markers, but Brat’s notion of the poor takes this process one step further. Along with dog-whistlish racial suggestion and strong charges of unethical participation in brutal systems of force, he calls upon Christians – who comprise 70 percent of the nation – to view the poor as separate from Christian virtue as well.

Even elementary students of Christianity’s moral teaching will recognize the insidiousness of casting the poor as inherently anti-Christian by the very nature of their poverty, and by nature of their need. But there is an even more destructive impulse at work in the singling out of the poor as especially vicious, and especially prone to violate Christian ethical premises. It was, as right-wingers often note, Christ Jesus himself who said: “The poor will always be with you.” So what of a society that begins to insist, however insidiously, that the poor are not with us, but rather against us, opposed to us, other than us? Such a world seems utterly incompatible with the Christian vision of fellowship and encounter advocated most clearly by Christ’s own life led among the destitute and needy. If we consent to the formation of Brat’s metaphorical recasting of the poor as moral monsters, can we even so much as work toward any kind of society that can be called ethical?

It seems unlikely. And yet Brat’s victory signals a triumph of this brutal imagination, which is, in his case, only the tip of the iceberg.