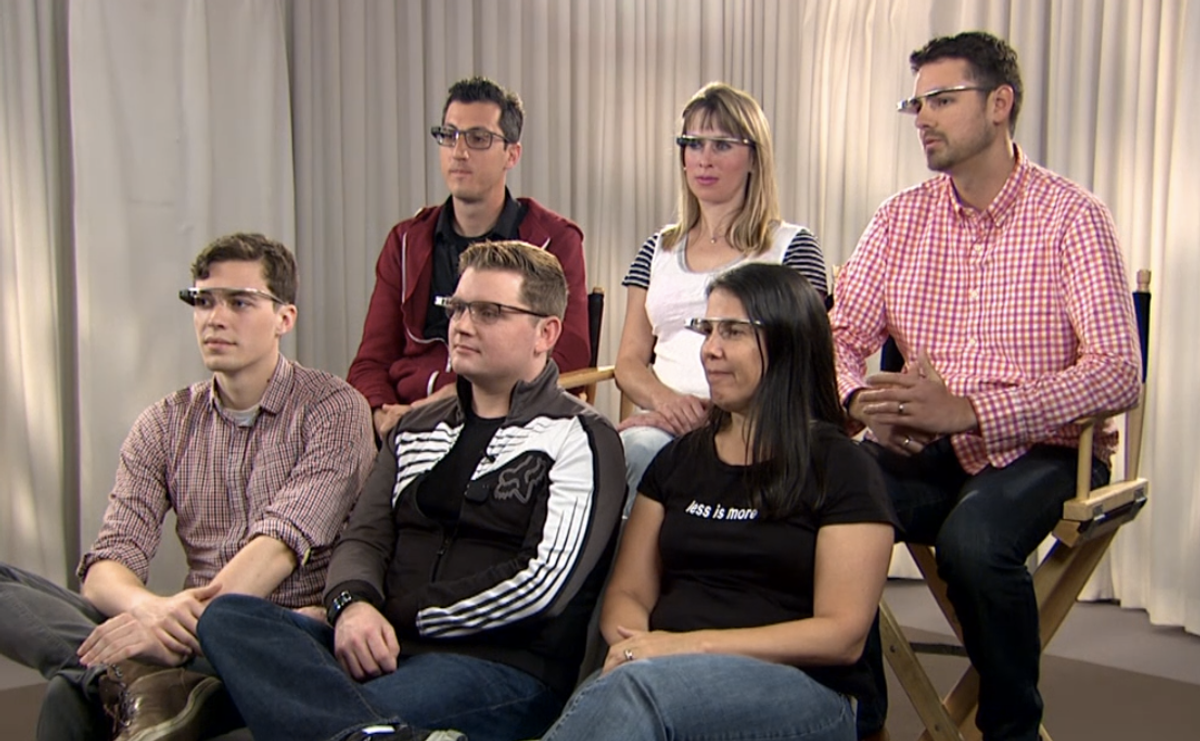 Last night Google Glass got the "Daily Show" treatment, and it was downright hilarious.

While some technological advances are greeted with open arms (and long lines around the block), the slow rollout of Google Glass has been a contentious one. Glass has become a symbol of what's creepy and extravagant about the tech world. Wearers are sometimes termed "glassholes," or are harassed due to Glass.

Correspondent Jason Jones looked into Glass and the belittling that wearers face. "Yes, it seems in this day and age, you can still be treated differently just because of how you look -- wearing a $1,500 face computer," Jones says.

And what he found -- after mercilessly poking holes in the Glass wearers' arguments, and testing out his own version of Glass -- was that it all boils down to privacy.

"You guys have a fucking camera on your face," Jones exclaimed. Watch below: