Libertarianism as direct experience: My defense of a misunderstood philosophy

A recent Salon story bashed libertarianism. But forget politicians' phony version -- here's what it's really about 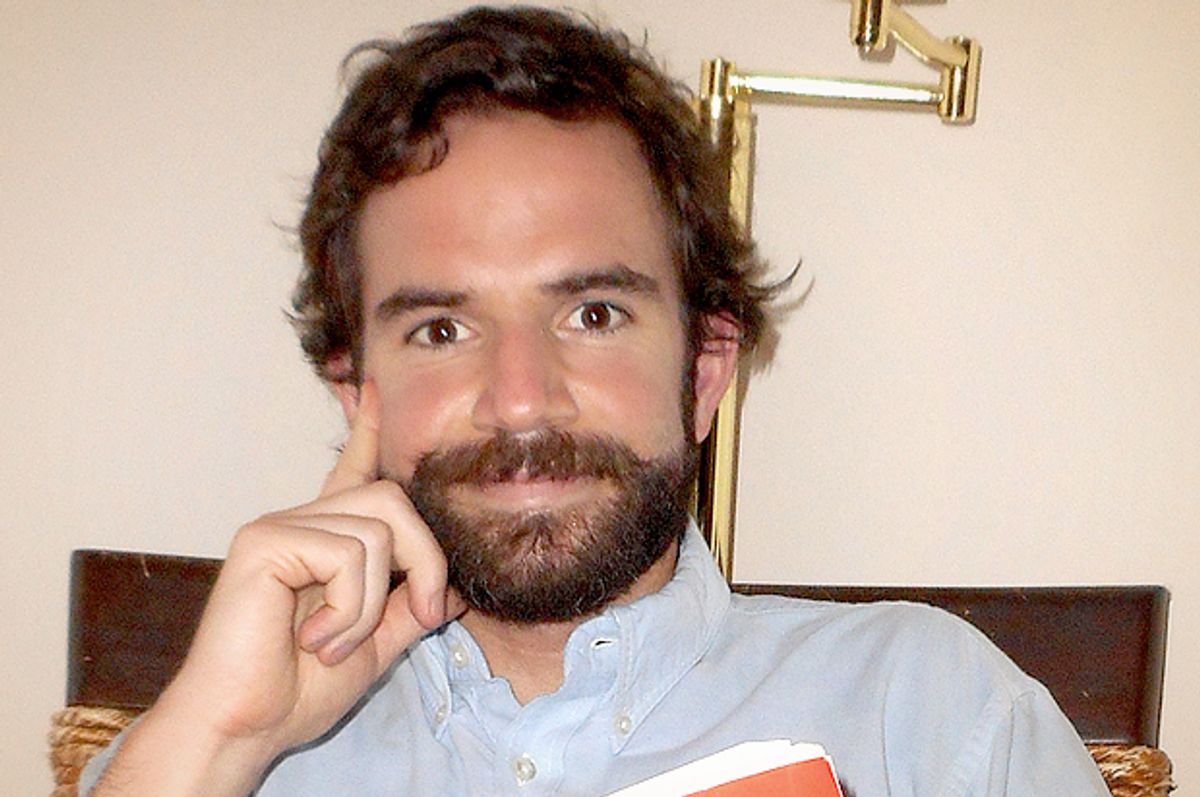 The following post is a response to an earlier Salon story critiquing libertarianism.

In one of comedian Louis CK’s standup routines, he talks about the vile things that come out of his mouth directed at other drivers when he gets behind the wheel. “In what other scenario,” he asks, “would a person feel comfortable saying such foul things to others?”

Put a little distance and a scrap of metal between him and the other drivers, though, and Louis CK becomes a monster hurling invectives at other people at will. Most of us have experienced the same sensation of being emboldened when behind the wheel, knowing that regardless of what we do or say the chances of ever having to see other drivers again are slim to none. CK’s bit is very funny, but it highlights a larger, more general problem -- one that occurs when the consequences of one’s actions are not fully experienced by the actor. This chasm between the actor and the consequences of their actions is the defining characteristic of government, and is the antithesis of libertarianism.

A story recently published on Salon, called ”Grow Up Libertarians,” like so many other popcorn critiques of libertarianism, would have you believe that “government is just the things we decide to do together.” A basic look at what some of those “things” are and how they are accomplished, however, tells us exactly the opposite.

From taxation to war, government carries out activities that, were each person directly responsible for them and the resulting consequences, would simply not get done. Like the driver separated by a few feet and a car capable of speeding away, most people go about their lives without much concern over what government does in their names on a day-to-day basis; government’s actions are simply too far removed, too remote, from our direct experiences of daily living. So how exactly does this government sleight of hand play out? It takes place in several subtle ways, each one making government action a little bit more veiled to the common man.

Facts and details surrounding government action are always difficult to obtain and where they are available, they are usually hard to process in any meaningful sense. You can certainly review a federal highway program, if you are so inclined, but such things are measurable only by comparison to other previous highway projects. Furthermore, the sheer magnitude and complication of the available information about government programs puts them off limits to all but a few CBO bureaucrats. It is easier for the individual to simply give up and let government do what it will, effectiveness and accountability be damned. Other times, details surrounding government programs are purposely kept secret for the obvious reason that the truth about them would result in pushback. The result is the same. In both cases the individual lacks the requisite knowledge to make an informed decision about government.

Another example: Few in the United States are aware of the details surrounding their government’s foreign drone bombing campaign being carried out in the Middle East and Africa. Of those who are at least aware of it, specific details remain unavailable, like the number of fatalities or the identities of the slain. For those who go so far as to educate themselves on the nitty-gritty details with what limited information is available, evaluation of the program is next to impossible. Reliance on secondhand sources, and even then usually only government or government-friendly sources, is the only means for assessment. There are a number of different informational blockages shrouding the U.S. government’s drone program, but this is not unique to drone warfare. There exist layers upon sub-layers of such informational blockage ingrained in all facets of government, making it nearly impossible for individuals to evaluate any component part of it. The most an individual can do is gauge, on a very general level, whether his life and the world around him appear to have improved over a given number of years. What connection this quality-of-life assessment has to do with government is totally uncertain.

Were Americans fully aware of the actual facts and statistics about war and other government programs, many of the programs would not live to see another day. Informational block is a difficult obstacle for individuals to overcome, but there are many private efforts at bringing transparency to government. Regardless of the success of these efforts, it is heartening to see that people are aware of the informational block. Some within the antiwar movement are doing yeoman’s work by trying to provide people with information about the aforementioned drone program, such as the Bureau of Investigative Journalism, but unfortunately the informational block is only one type among many that prevents people from receiving true experience and all that comes with it.

Continuing with the war example, another layer of removal occurs when third parties carry out the deadly attacks instead of citizens or politicians themselves. Consent for war would be far more difficult to obtain were citizens, the supposed beneficiaries of war, or the politicians ordering the killing, directly responsible for effecting their plans. Not only would large-scale war-making be a logistical nightmare for its masterminds and supporters if the burden of military service shifted to the actual people in whose name wars are fought, but so too would retaining the personnel to continue fighting over the long term.

Government war-making is instead made easier by the fact that politicians have a professionalized standing army ready to act on command -- no thought or deliberation required. Troops are literally prepared to fight at a moment’s notice. Given this convenient arrangement, government can garner more support for its wars among the citizenry since it has a professional warrior-class ready to send off to battle. The cost of war ends up being externalized. Were warmongers forced to put their money where their mouth is, support for war would look quite different. American opposition to the Vietnam War was a stark example of what happens when the government enlists unwilling citizens to fight its battles.

But now that the United States government maintains an “all-volunteer” military, such obstacles as existed with the Vietnam War have supposedly been put to rest. Each and every soldier is said to be voluntarily committed to carrying out the government’s whims. Common sense tells us what a farce this is -- how many soldiers would remain after one tour of duty in places like Iraq or Afghanistan if they were truly voluntary, at-will employees?

The U.S.’s current drone war is the quintessential fully-removed-from direct-experience war. With drone warfare, the United States government has attempted to sanitize war for its citizens and troops alike. With no body bags returning home as a result of drone warfare, there need not be any concern about its other consequences. Drone pilots are said to have an easier go of it than traditional fighter pilots since they work from the controlled confines of an office.

But despite the government’s attempt at a “cleaner” and more palatable form of war -- that is, one that is shielded by an experiential block on several levels -- seeds of dissent over the drone war are sprouting up everywhere. Even the drone pilots have not been insulated from the anguish and horror of war, as the government had hoped. For many of these pilots, basic human empathy still manages to trump the government’s attempted experiential block. But strong experiential blocks still remain whenever war is removed by any degree from the people who create it (politicians) and those who support it (citizens). This is by no means a call to return to the draft. It is simply pointing out the subtle way in which governments makes war possible.

There is yet another important layer of removal that takes place when government acts -- the economic block. Taxation, the government’s main source of revenue, occurs on a massive and impersonal level. The federal government’s financial arm, the IRS, siphons off people’s incomes in amounts it deems necessary to fund all of its activities, which are said to be tacitly endorsed by citizens through their casting of ballots. While taxation occurs in many other forms separate and apart from the income tax, the bottom line is that none of these other varieties of taxation are voluntary either. Meaning that taxpayers do not have a choice in their government’s activities. If the relationship between government and citizen were one of true agency, each government action would require actual approval and funding. Such a principal-agent relationship, while not necessarily direct experience, would at least move government action one step closer to the goal of direct experience.

Given the choice to fund or not fund warfare in far-off lands from their own incomes, few would actually choose the affirmative. Presented with a checklist of government programs that they could fund with the fruits of their own labor, the reality is that the farthest away, most remote government activities would be the first to fall by the wayside. But given the economic block that separates people’s tax dollars from the programs they fund, individuals are unable to itemize government programs for evaluation the way they might with a hired contractor building their home.

In an ideal world, supporters of war would be forced to justify their overseas ambitions, and then raise funds for them directly. Such an arrangement would undoubtedly attract much less support -- some would object on moral grounds, others for financial reasons. And few among the war supporters would be willing to personally haul the unwilling opposition off to prison for their refusal to comply with revenue-raising efforts. The experiential block frees war supporters from ever having to consider such a wild scenario.

Communication only possible between equals

Writer and philosopher Robert Anton Wilson said that “communication is only possible between equals.” By this, Wilson meant that accurate feedback is blunted where relationships of authority exist. The feedback that exists in any authoritarian relationship tends to be of the type that merely confirms what the authority figure wishes to hear. Conversely, libertarianism can be said to be “seeing what men really are comfortable with.” In libertarianism, lines of communication occur on an even plane, and the direct experience that comes with such communication tells communities what does and what does not have collective support. Take away the facade of government and the various “blocks” that come with it and individuals are forced to confront their consciences.

Libertarianism seeks to make decision-making decentralized, ideally down to the point of the individual making all of his or her own decisions. It is a philosophy of true personal responsibility, not the phony kind bandied about by politicians and preachers. Real, true experiential decision-making for people, and the trial-and-error process that comes with it, is what libertarianism is all about.

For another perspective on libertarianism, please see this, also published today.