Brooklyn is so over: Nostalgic already for when the borough was cool

First goes baseball, then the writers and novelists -- our sad, exaggerated, nostalgic look back 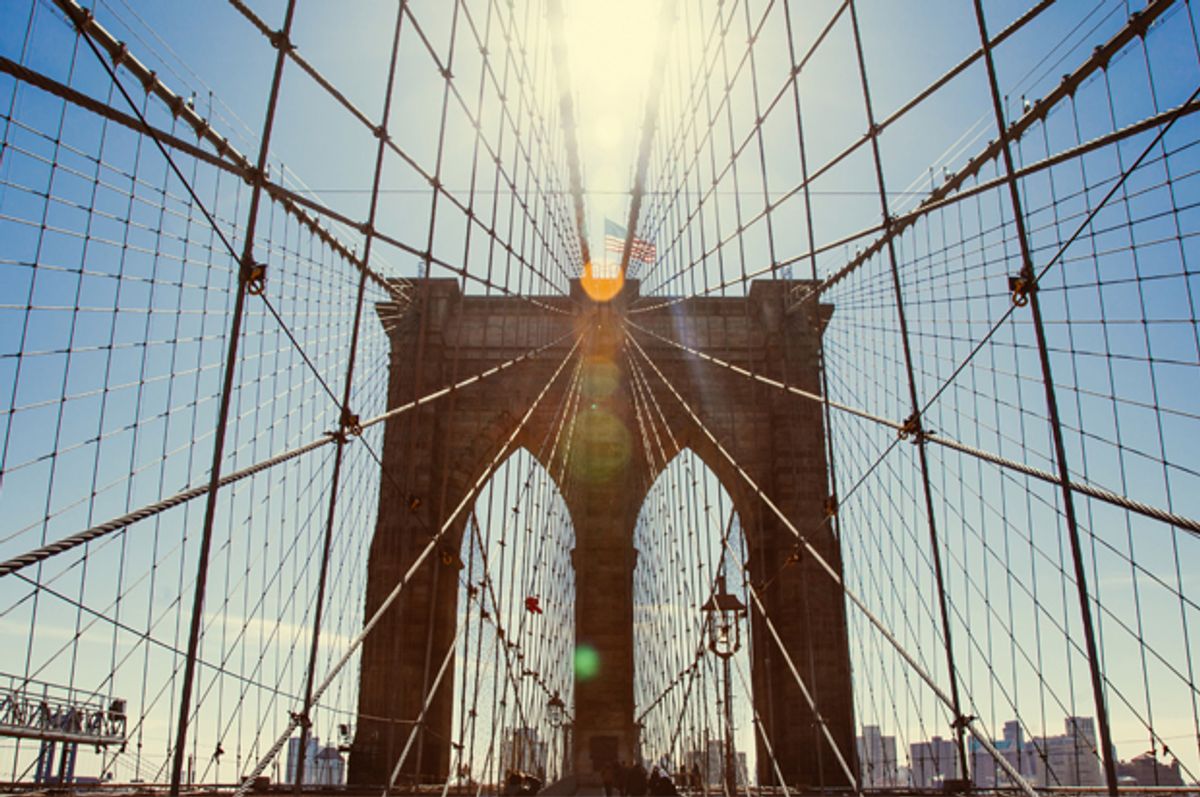 Here’s another literary-minded writer ringing the death knell for the cause: Sales are down, customers are going digitally elsewhere.  Brick and mortar sales aren’t what they used to be, and to stay even, prices are way up.  Worst of all, the industry is losing its place in the national consciousness — kids these days, they’re on their cellphones. Or playing football.

I’m not just talking about the book business; I’m talking about baseball. Summer's almost here and for every fan pumped about another season of Mets baseball there’s a naysayer professing doom — costly  stadium seating, plunging attendance.

“Compared with football, basketball and the X Games sports that have captivated a younger generation, baseball can be slow, plodding, a wee bit boring,” says Time magazine.

SB Nation: “The 30-year trend of increased attendance has stalled and may not resume. Ratings for the 2013 World Series were an improvement over 2012 but still the fourth-worst in history.”

It’s easy to massage the numbers in different ways: Are we talking about national TV ratings?  But whatever’s happening to the sport, everyone has an opinion about its trajectory one way or another.  The doom-and-gloom essays are more fun to write.  The same goes for the publishing industry.

“Sometimes I feel as if I’m working in a field that’s disappearing right under my feet,” said biographer Robert Caro, a Triple Crown winner if there ever was one, in a New York Times article on the disappearance of bookstores from Manhattan.  No need to really bring numbers in to demonstrate books’ plight: “As we all know, the conventional book publishing business has become a slippery, depressing monster,” said the query letter on a submission I got in the mail last week.

Baseball and the literary sphere have always been tied together, from Marianne Moore to John Updike to those Roger Angell pieces that just break your heart.  It’s not surprising that we talk about them, their demise or possible resiliency, in the same hyperbolic way.  Is the only way forward down?

For a microcosmic example, let’s talk about Brooklyn.  Where I grew up, Kings Plaza had two bookstores that quickly morphed into none, but even still, these were the days when you could read Jonathan Lethem and Paul Auster and Michael Chabon, those shining accepted literary lights, actually setting stories in the borough — and not even Truman Capote’s Brooklyn Heights, which let’s be clear, is hardly Brooklyn anyway.

Suddenly we had more than the wonderful homegrown grit of Gilbert Sorrentino and Hubert Selby Jr.’s youths.  People could live and write in Williamsburg, when Grand Street was still the site of a “Take the Field” baseball complex that locked its gates during high school games (as opposed to just another stop on the L train in “East Williamsburg”).  There was n+1, the Brooklyn Book Festival, good old Marty Markowitz shouting about Yusef Komunyakaa poetry.  This was all a happy coincidence in my case, that the borough of my birth had become literary royalty while I was growing up in it.  Brooklyn was literary cool.

Is it still today?  Cosmetically, and probably (and in certain pockets, for sure). But Bedford Avenue feels more like Disney World than bohemia.  Young editorial professionals pay thousands to reap that sweet cachet of living in Brooklyn, but what can a writer live on in Brooklyn?  How deep in the borough would you have to go?  I have the sinking suspicion that Brooklyn’s literary mettle is already becoming as commoditized as Nathan’s Hot Dogs, as clichéd as pickling things.  Meanwhile, the real writers flee to MFAs, wealthy parents, dead-end jobs or Philly. And the harsh artistic life cycle of cities starts again.

In terms of baseball, Brooklyn was right at the origin scene, from the Excelsiors, Civil War-era champions, to the Dodgers of grandparent lore.  In 2001, professional baseball came back to Brooklyn with the minor league Cyclones, and KeySpan Park filled the gap left by Ebbetts Field back in 1958. Stands were packed — even the extra bleachers built out in the outfield — and the Cyclones were wildly successful.

Today, attendance is at its lowest since public records are available from 2005; last year’s totals were 60,000 fewer than 2007's.  I can’t express the sadness I felt, going to a game a few years ago after I’d returned to Brooklyn from college, to find the old friendly ballpark nearly empty.  Foul balls came into the stands and rattled around the vacant seats.  Sometimes little kids would trek on after them, but often they wouldn’t.

Sure, minor league stadiums lose their appeal after a while, but you’d think mighty Brooklyn could sustain one, particularly with New York City’s Coney Island “Get Outta Town” subway campaign.  Even KeySpan has abandoned the team: The new name of the stadium is MCU Park.

As all politics are local, maybe death knells are too.  Local, and easy to anxiously exaggerate.  Nostalgia and exaggeration are endemic to baseball and book publishing.  If the industries have anything in common, they have the twin image of a gnarled elderly wise figure, the raconteur talking about how he played second base behind Alfonso Soriano’s cousin, how book tours used to last four months long, all expenses paid.  It’s always better in a golden age.

Unfortunately, we’re bound to live in the here and now.  But maybe as football deals more and more straightforwardly with its CTE problem, baseball will emerge as a safer, more forgiving athletic pursuit.  Maybe with so much money pouring into Brooklyn, some of it will find its way to less affluent communities, perhaps plucking a new generation of Brooklyn writers from even less-heard-of portions of the borough.  Maybe they’ll write e-books, who the hell cares?  I mean, Brooklyn’s Telecom HS won the public school baseball championships last year.  There’s hope for the place yet.

Maybe we can all be calmer now, about books and baseball, even about Brooklyn; maybe we have reached some sort of plateau.  No longer the delirious excitement and anxiety over new technologies, new devices or performance-enhancing drugs, new neighborhoods that have been “discovered.”  Perhaps baseball can coexist peacefully with football, basketball, maybe hockey, on more even terms, just as books welcome television series to their realm, squeezed next to movies and plays.  Brooklyn and Queens can both be cool.  Whoever said that America was for monopoly?  And so we sail toward that pleasant flat lake called summer, waiting for fall.

Mark Chiusano is a graduate of Harvard University, where he was the recipient of a Hoopes Prize for outstanding undergraduate fiction. His stories have appeared in Guernica, Narrative, Harvard Review, and online at Tin House and The Paris Review Daily. He was born and raised in Brooklyn. His book, Marine Park: Stories, will be published by Penguin in August 2014.