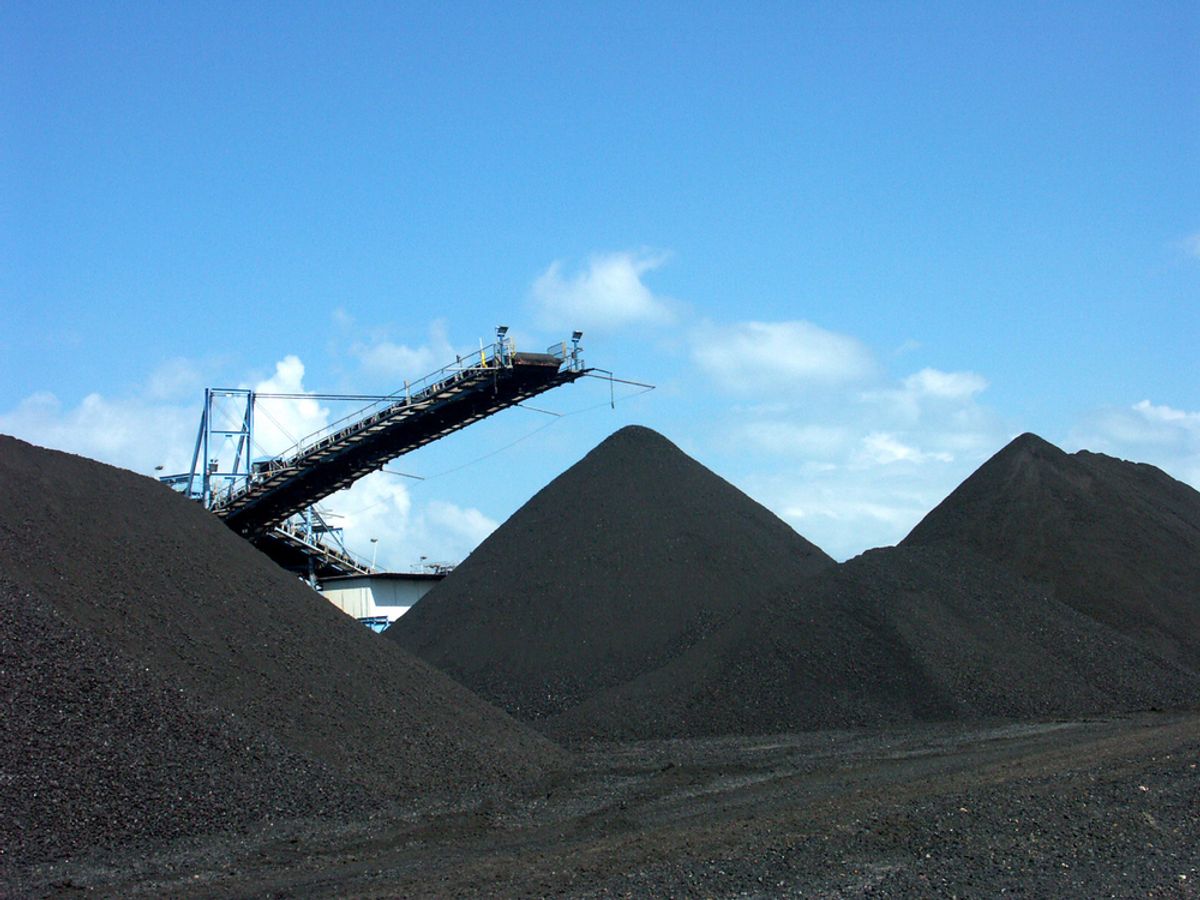 Growth in alternative energy sources, not to mention a global climate crisis, hasn't been enough to knock King Coal from its perch.

New data from the BP Statistical Review brings the utterly horrifying news that the dirty fuel source, one of the driving contributors of climate change, claimed its largest share of the energy consumption pie in 44 years, accounting in 2013 for over 30 percent of the global energy market.

Its 3 percent rise actually represents a slight decline in pace from its 10-year average of 3.9 percent annual growth, the report notes, but it still makes coal the fastest-growing fossil fuel.

As the frack-happy U.S. replaces coal with cheaper shale gas, we've been exporting much of it to Europe, where coal consumption is on the rise. It continues to be a mighty presence in China, which accounted for 67 percent of global growth -- but that's actually a record low for the country, which has been starting to put pollution controls into place. India, meanwhile, made a sizable contribution, accounting for 21 percent of global growth.

There were some brighter notes, too, as the Guardian reports:

The BP statistics show that the use of windfarms for generating electricity rose by 21% last year while solar power grew even more rapidly, by 33%, but from a lower base point.

Oil, a major carbon polluter which has an important role in transport and in the manufacture of chemicals and plastics, remained the world's leading fuel, with 33% of global energy consumption. But it lost market share for the 14th consecutive year and 33% is the lowest share since BP started to compile its data in 1965.

But coal's moment in the smog-shrouded sun isn't over. Not by a long shot.