But it is safe to say, Oliver is not convinced 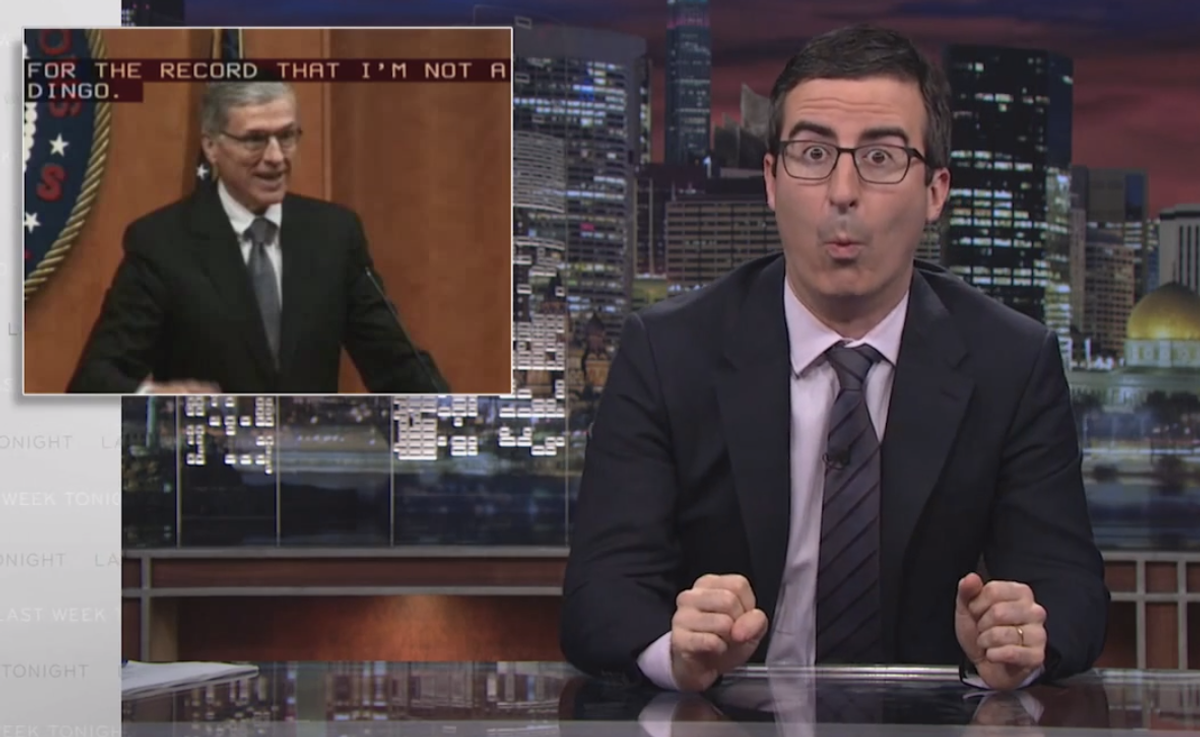 A couple of weeks back John Oliver spouted an epic 13-minute monologue on the importance of net neutrality. (The rant may have even caused an overload on the FCC website.)

In part of the segment, Oliver compared FCC chairman Tom Wheeler to a dingo, which Oliver described as "Australia’s favorite baby-eating animal."

In a public meeting on Friday, the FCC chairman was asked if he'd seen the "Last Week Tonight" segment. Wheeler responded that he had in fact seen the rant, saying it demonstrated a “high level of interest in the topic."

“I would like to state for the record that I am not a dingo,” Wheeler continued.

“We never said you were a dingo," Oliver corrected. "We said you were like a dingo. But now you’re denying it so strenuously that I’m beginning to wonder if you are a dingo after all.”

Oliver went on to share his new skepticism, and demand proof that Wheeler is not in fact a dingo. Watch the hilarious clip below: