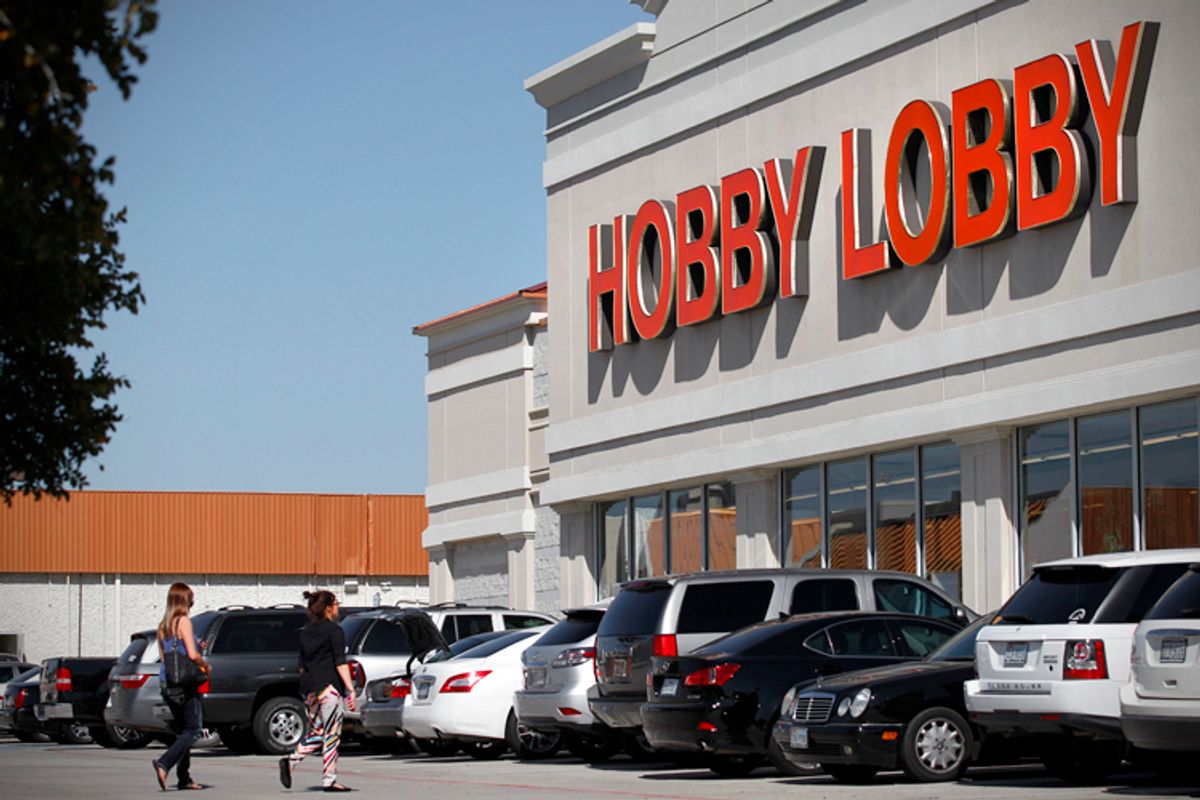 The Supreme Court could issue its opinion in Sebelius v. Hobby Lobby any day now, and Politico on Monday took a close look at the corporation -- and the family -- at the center of the high-stakes case. That David Green and his family are devout and literal-minded Christians has been well established in their public statements and court briefs, but there seems to be some disagreement among religious scholars about the tone and intent of some of the projects the family has taken on recently -- including a museum of the Bible and a biblical curriculum the family is hoping will be taught in public schools.

The questions about those projects in some ways mirror the questions at the heart of the case before the high court: Does the Green family want to practice its faith quietly, as their lawyers have argued in court? Or do they want to impose their faith on others, pushing their Christian worldview on its employees at Hobby Lobby and -- if they prevail at the Supreme Court -- empowering other companies to do the same?

From Stephanie Simon at Politico:

The plans that have been made public so far — including the high school curriculum — seem aimed at portraying scripture as historically accurate and an unequivocal force for good, said John Kutsko, executive director of the international Society of Biblical Literature, the oldest and largest organization dedicated to Biblical scholarship.

That approach fails to incorporate the latest scholarship, acknowledge that the Bible has also played a role as a tool of oppression or recognize different religious viewpoints, Kutsko said.

In his view, that’s inappropriate both in a public high school and in a private museum that “by virtue of being adjacent to the Mall gives the impression that it’s almost a national museum,” he said.

Plans for the museum have been similarly criticized as being about proselytizing and not historical accuracy or scholarly education:

The original mission statement for the Museum of the Bible Inc. — the foundation leading work on both the museum and the curriculum — said the project aimed “to inspire confidence in the absolute authority and reliability of the Bible.”

But some involved in the project have pushed back on that characterization:

But if the goal of the museum were evangelizing, “I can assure you, I would not be involved,” said Harry Stout, a professor at Yale Divinity School who has consulted on the museum. “They’re really interested in getting it right.”

Stout sees one motive above all in the family’s work. The Greens, he said, “are really smitten with the Bible.”