The vibrators of the future can't rely on traditional investors, so they're turning to you 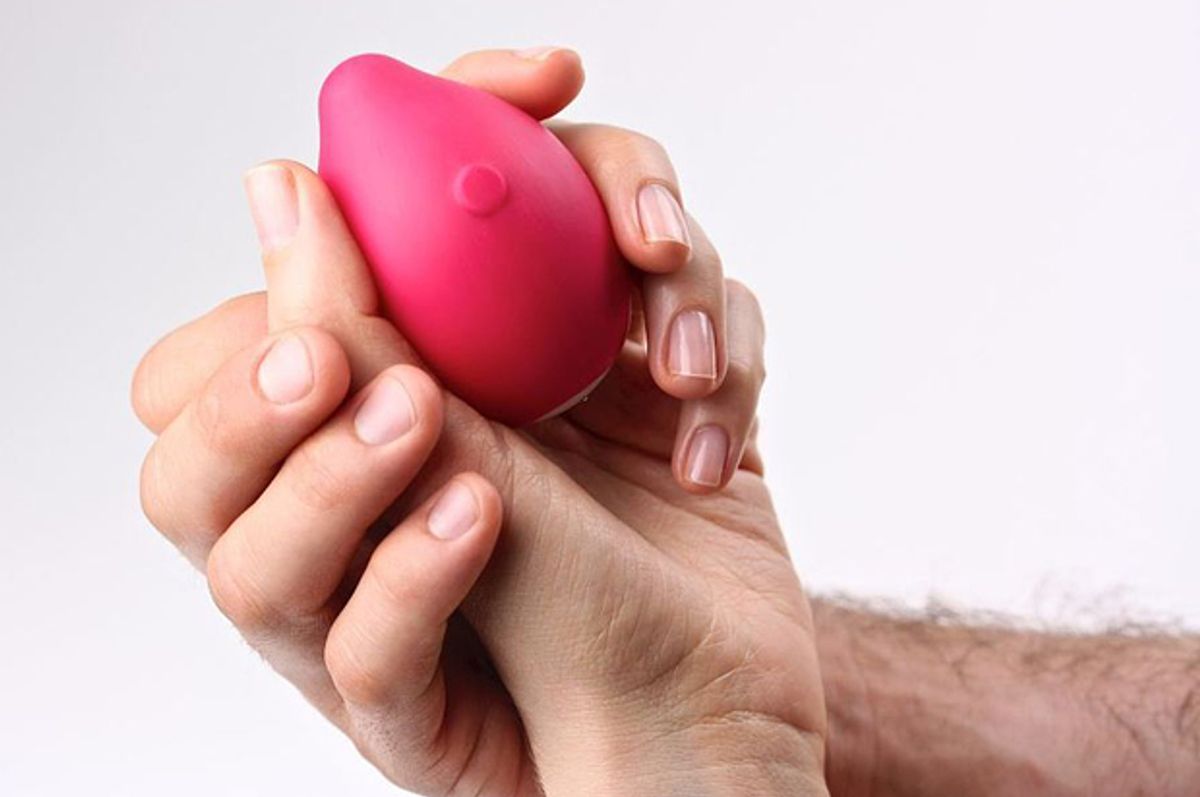 For a snapshot of the current state of sex toy innovation, look no further than the Ambrosia Vibe. It's the world's first bionic strap-on, meaning it vibrates in response to touch. It's an exciting, revolutionary development -- but it isn't thanks to angel investors or venture capitalists. It's customers who are making it happen through a crowd-funding campaign.

Despite the more than $15 billion sex toy industry, investors are scared to touch sex toys. "Developing hardware requires a lot of capital -- but traditional sources of funding ... aren't always enthusiastic about investing in products related to sex," says Lux Alptraum, a sex writer who consulted on the Ambrosia Vibe. "Crowdfunding allows sex toy developers to get the money they need to go into production by connecting with the very audience who benefits from their work."

Thing is, Kickstarter is scared of sex toys, too. That's why companies have had to look to sex-friendly crowd-funding sites. The Ambrosia Vibe has raised $18,814 so far on Indiegogo and has 31 days left to reach its $32,000 goal. If its predecessors are any indication, its chances are good.

Just recently, the Autoblow 2 (see the video below) set out on Indiegogo with a goal of $45,000 to make "the world's most realistic robotic oral sex simulator." They raised a whopping $280,247. Two hundred and eighty thousand dollars.

It's a weird time that we live in. As I wrote in 2011, "Cheap varieties [of vibrators] are available everywhere from 7-11 to CVS; sleek gadgets are sold in well-lit shops like Babeland; and those looking to drop a couple G’s on a diamond-encrusted, gold-plated number can head to luxury suppliers like Coco de Mer." Since then the "Fifty Shades of Grey" phenomenon introduced scores of Americans to whips, handcuffs and kegel balls. Sex toys are more mainstream than ever -- so much so that their makers can ask for funds directly from customers and manage to raise more than three times their goal -- but traditional investors are still timid. That said, after Crave raised more than $100K through crowd-funding, the company was able to raise $2.4 million from Angel investors.

For the most part, though, crowd-funding sites are where you'll find sex toy makers who are brave enough to listen to what customers really want. As Doctor X. Treme, the physicist behind the Ambrosia Vibe, tells me, "I kept hearing that people want this, and responded to demand," he said. "People already use strap-on dildos as a body extension, not just as a sex toy. 'Giving head' to a strap on is a popular activity already, even without feedback. Why? Because people enjoy extending their bodies beyond what they were born with, just as we build airplanes to give ourselves wings or SCUBA tanks to give ourselves gills."

All of which is to say, the future of sex is here -- and it's being crowd-funded.