With the help of some bigoted guests, Jim DeMint's right-wing think tank continues its descent toward rock bottom 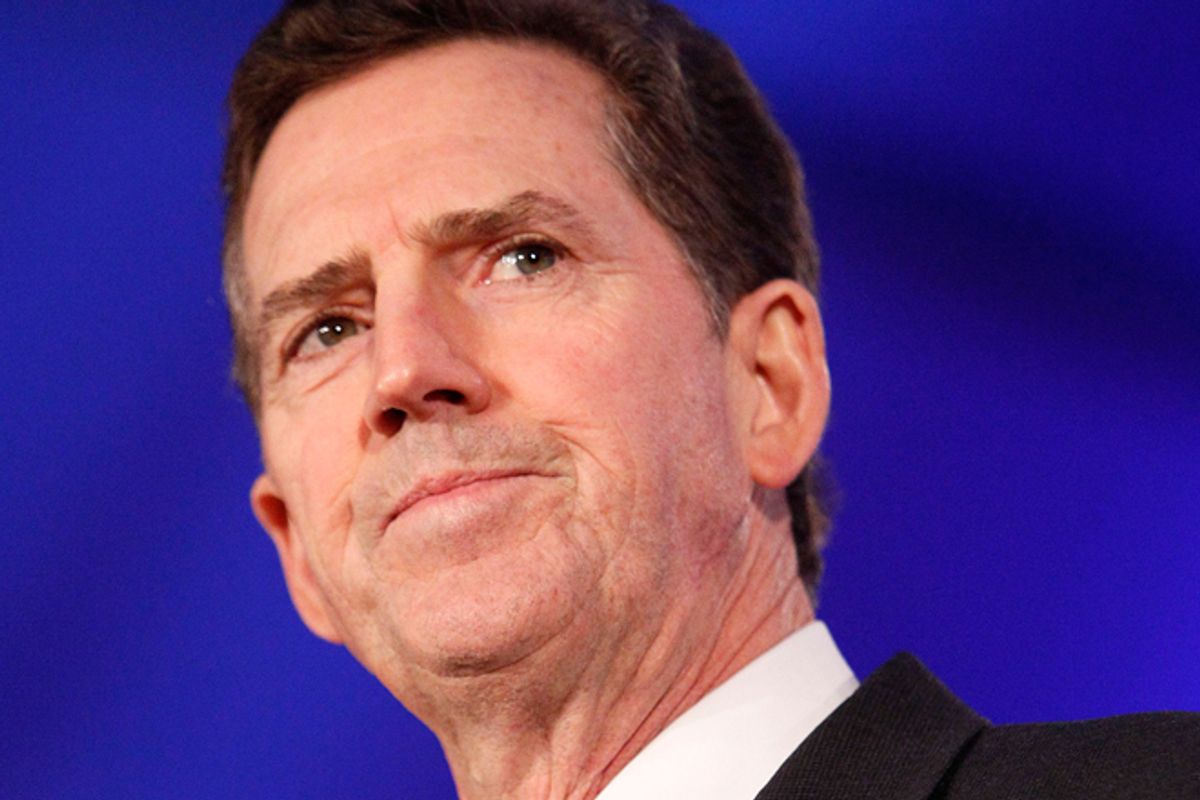 Although its reputation for intellectual seriousness was previously overstated, those who worried that former South Carolina Sen. Jim DeMint's ascension as chief of the Heritage Foundation would lead to the right-wing think tank's disgrace are looking mighty prescient after a Monday afternoon panel on the Benghazi attack's lingering "unanswered questions" devolved into a bigoted freak show.

When one considers the panelists involved, it's unlikely the so-called discussion was ever going to go too well. Alongside straight-up crank and professional bigot Frank Gaffney, Heritage also invited ACT! for America's Brigitte Gabriel (known for repeatedly describing Muslims as "barbarians") and Citizens’ Commission on Benghazi's Clare Lopez (who previously described the Obama administration as having "switched sides" in the war on terror). Leading the conversation was Chris Plante, a conservative talk radio host.

According to the Washington Post's Dana Milbank, while the panel rather quickly and predictably transitioned from vague expressions of concern about a Benghazi conspiracy to a more free-floating animus toward Islam and Muslims, things didn't get really ugly until one audience member, an American University law student named Saba Ahmed, decided to push back against the panelists' many ignorant and harmful assertions.

“We portray Islam and all Muslims as bad, but there’s 1.8 billion followers of Islam,” Ahmed reportedly told the panel. “We have 8 million-plus Muslim Americans in this country, and I don’t see them represented here.”

This was unacceptable. Gabriel was the first to attack, according to Milbank, responding that "180 million to 300 million" Muslims are "dedicated to the destruction of Western civilization" and that the "peaceful majority" of the world's Muslims "were irrelevant" on Sept. 11, 2001. Besides, Muslims are like Nazis, Gabriel argued: “Most Germans were peaceful," she said, "yet the Nazis drove the agenda, and as a result, 60 million died.”

Gabriel then questioned Ahmed's citizenship before telling her that "political correctness" of the kind she spouts should be kept "in the garbage" where it belongs. Ahmed was then asked, "Where are the others speaking out?" but before she could explain why demanding a community of hundreds of millions have "others" who "speak out" against murder is ridiculous and disingenuous, the audience drowned her out with a standing ovation.

As the evening progressed, Plante implied Ambassador Chris Stevens' real cause of death was being hidden, Gabriel suggested Stevens was secretly working on a weapons swap between Libya and Syria, and Lopez joked about how journalists covering the attack are secretly friends with Islamist terrorists, with whom they were "sipping frappes ... in juice bars." One audience member even suggested that Gen. Carter Ham, then-commander of U.S. Africa Command, had been “placed under house arrest” so as to allow the attack to occur. Plante said he'd heard the same.

Here's video of the debacle, via Media Matters: