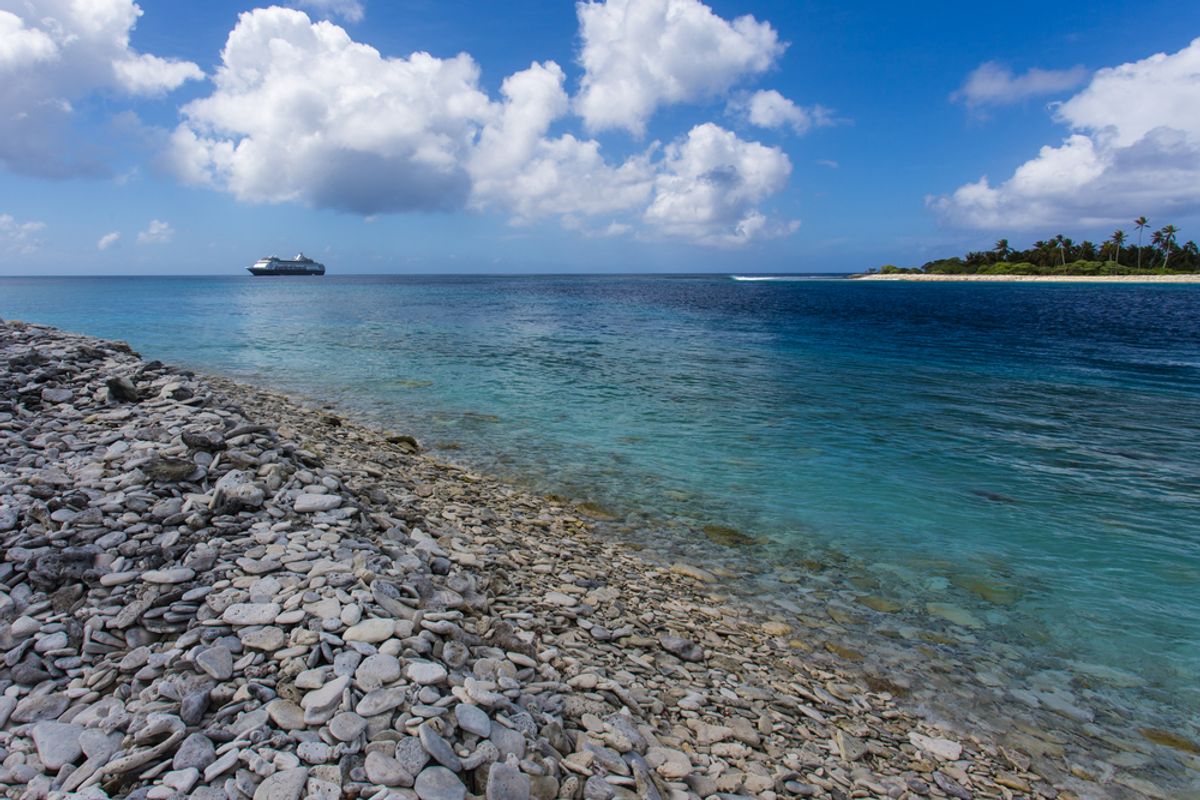 President Obama is using his executive powers to save the world's oceans, announcing a major initiative to protect the central Pacific Ocean that, according to the Washington Post, "could create the world’s largest marine sanctuary and double the area of ocean globally that is fully protected" from fishing, energy exploration and other potentially damaging activities.

The Post has more details on the proposal, including why the administration is making it a top priority:

Under the proposal, the Pacific Remote Islands Marine National Monument would be expanded from almost 87,000 square miles to nearly 782,000 square miles — all of it adjacent to seven islands and atolls controlled by the United States. The designation would include waters up to 200 nautical miles offshore from the territories.

...“When the president is besieged by the problems as this administration has faced, it’s tough to keep your focus on ocean policy,” said former defense secretary Leon E. Panetta, who co-founded the Joint Ocean Commission Initiative nearly a decade ago while in Congress. “That’s the problem — you just can’t afford to put oceans on the back burner.”

No other country governs more of the sea than the United States, which controls more than 13 percent of the ocean area overseen by nations. And only China consumes more seafood each year.

The potential expansion area would quintuple the number of underwater mountains under protection. It would also end tuna fishing and provide shelter for nearly two dozen species of marine mammals, five types of threatened sea turtles, and a variety of sharks and other predatory fish species.

Obama announced the proposal via video conference at a two-day, international summit on ocean conservation. It was endorsed, in person, by Secretary of State John Kerry, who said Monday that protecting ocean health is "vital international security issue,” with pollution and overfishing threatening the food security of 3 billion people globally. "Most people under-estimate the enormous damage we as people are inflicting on our oceans every single day,” Kerry added.