Sodomy in every state!

A victory for privacy in Alabama -- why are other states still clinging to outdated laws? 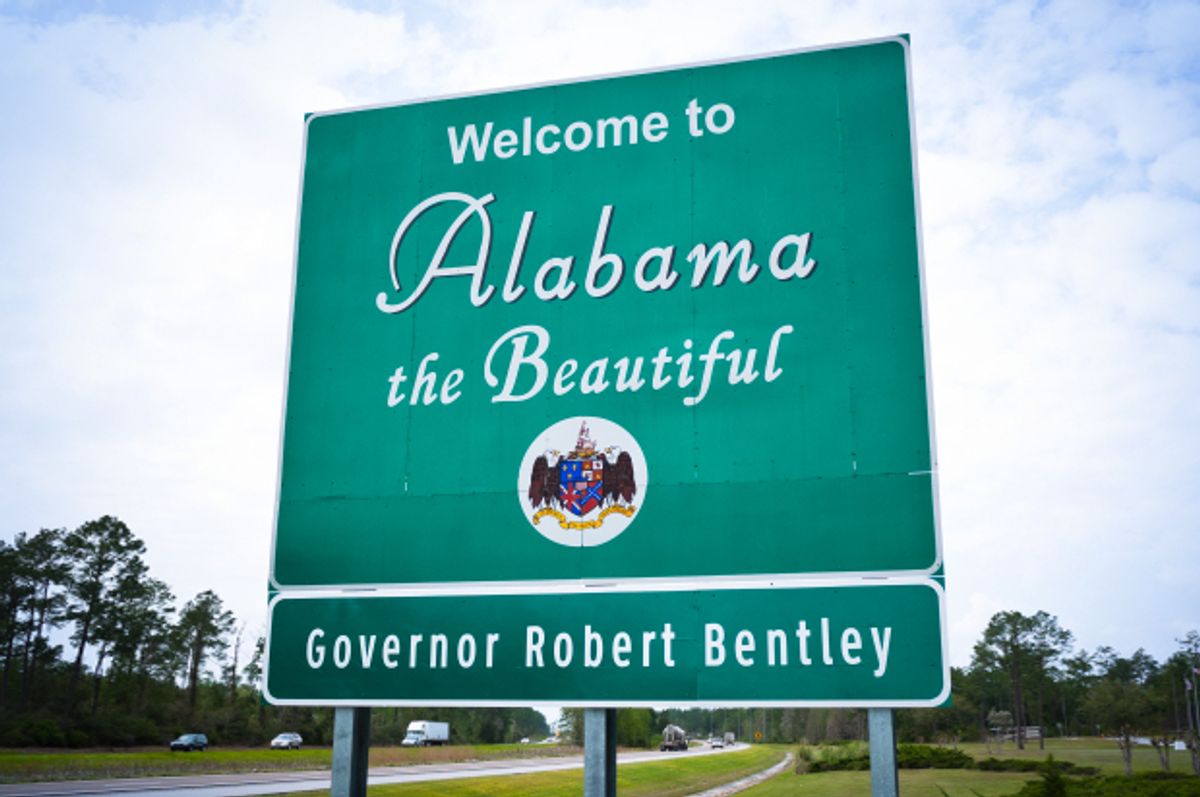 Civil rights are declaring the new ruling a victory against laws long designed to punish gay people. And as USA Today pointed out on Monday, there are still several more states with similar sexual activity laws on the books, including four -- Oklahoma, Kansas, Kentucky and Texas -- that specifically cite homosexual behavior. You'd think that by now they'd long be a thing of the past. It's been eleven years since the landmark Lawrence vs. Texas decision, the Supreme Court ruling that declared state laws banning homosexual sodomy "unconstitutional as a violation of the right to privacy." In his dissent, Justice Antonin Scalia grimly warned, "State laws against bigamy, same-sex marriage, adult incest, prostitution, masturbation, adultery, fornication, bestiality, and obscenity... every single one of these laws is called into question by today's decision." Still hilarious.

Yet even as the nation has undergone sweeping changes in the years since – overturning the Defense of Marriage Act, eradicating the military's Don't Ask, Don't Tell policy and bringing marriage equality to several states, actual homosexual activity is still considered a crime in many places. In Massachusetts, for example, you can marry your partner, but consummation is technically frowned upon. While acknowledging Lawrence v. Texas, the commonwealth still has on the books its laws against "unnatural and lascivious acts" and "crime against nature, either with mankind or beast." A 2013 Washington Blade feature quotes Gary Buseck, legal director of the Gay & Lesbian Advocates & Defenders explaining that while the rule has not been enforced against couples engaged in private, consensual acts since Lawrence v. Texas, it is still occasionally trotted out in cases of public sex. Similarly, the marriage equality state of Maryland, though it has not enforced its sodomy law "since the late 1990s," still has it on the books.

Writing in Mother Jones three years ago, Tim Murphy astutely noted that "Conservatives in those states know they can't enforce the laws, but by keeping them in the code, they can send a message that homosexuality is officially condemned by the government." As colleague Tracy Clark-Flory explains, "This isn’t an issue of states not getting around to paperwork. Attempts at legislative appeal have been actively resisted — even as major efforts have been made to strike other outdated laws from the books." And in a place like Texas, for instance, which still has its law against "deviate sexual intercourse with another individual of the same sex" quietly still in place, you can see how a state with a GOP proposed platform  that "supports reparative therapy and treatment to patients who are seeking escape from the homosexual lifestyle" wouldn't be in a huge rush to officially strike it down. Until there are challenges, like the one in Alabama, the motivation to remove outdated, discriminatory laws may not be there – and not just in conservative states but even progressive ones. Yet as executive director of the American Civil Liberties Union of Alabama Susan Watson said this week, "Aiming to ban consensual sex is flat out wrong. A person's sexual orientation shouldn't matter. Consensual sex is consensual sex."