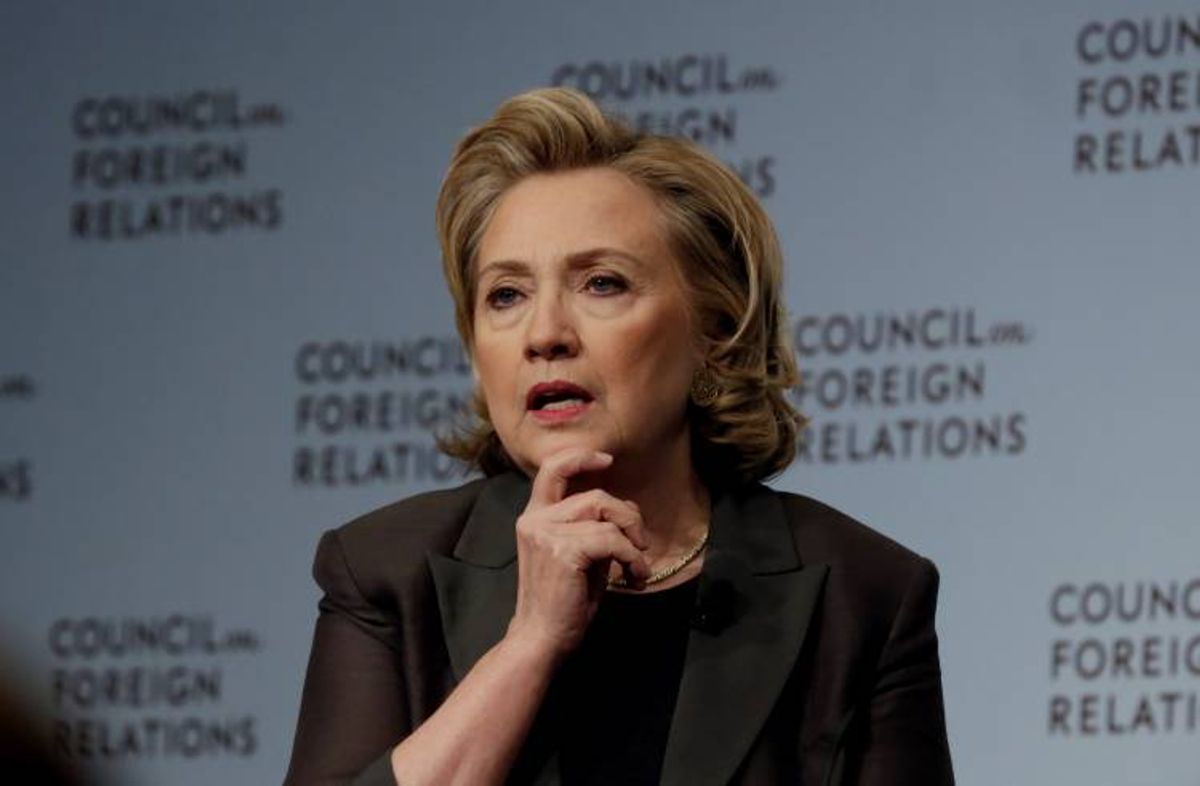 Saying she was "disappointed" by Congress' inability to pass a gun safety bill in response to the 2012 Sandy Hook massacre, former Secretary of State Hillary Clinton argued during a Tuesday CNN town hall that the national debate over guns had become dominated by a relatively small group of pro-gun extremists.

As has President Obama, Clinton framed her remarks around parenthood, arguing that gun safety reform was needed so parents across the nation would no longer have to worry about leaving their children at one popular target for mass-shooters, the public school.

"I don't think any parent, any person, should have to fear about their child going to school or going to college because someone, for whatever reasons — psychological, emotional, political, ideological, whatever it means — could possibly enter that school property with an automatic weapon and murder innocent children, students, teachers," Clinton said.

Clinton also noted that just since the killings in Sandy Hook, there have been more than 70 school shootings in the United States.