Fox News thinks the idea of men as rape victims is hilarious. A survivor has a message for Tucker Carlson and co. 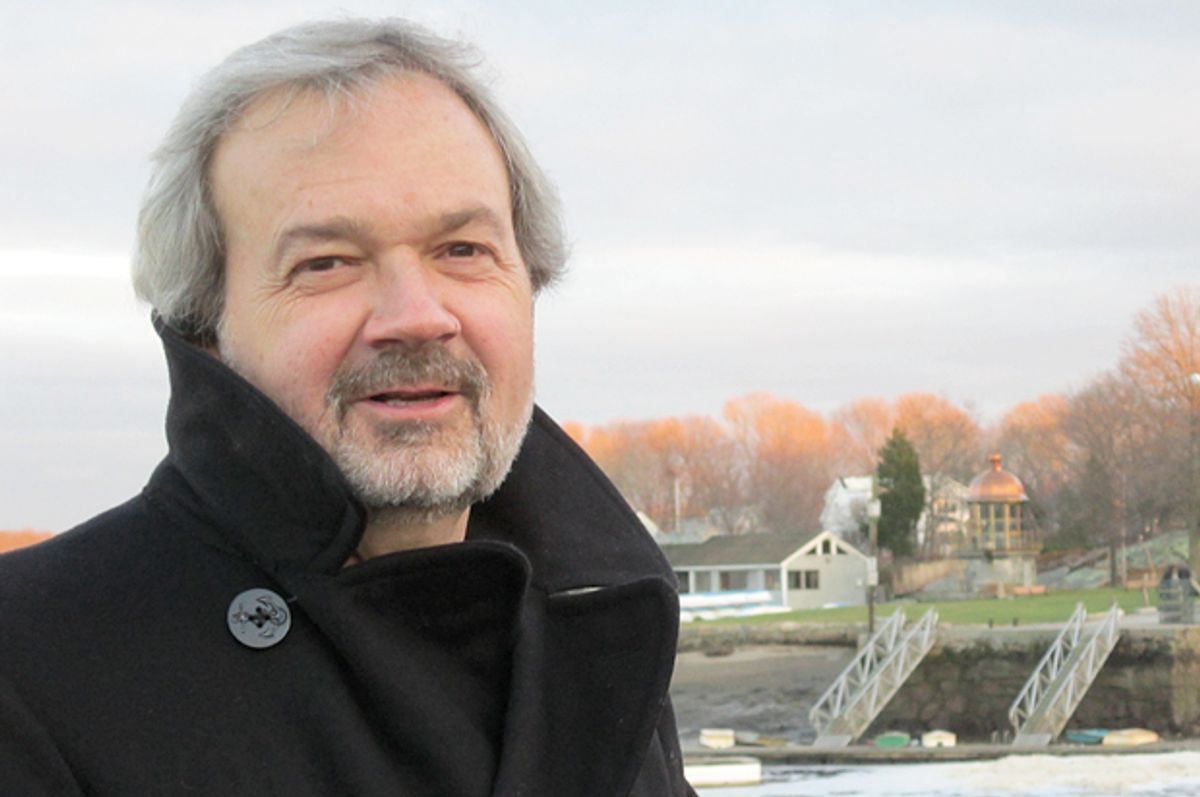 On Fox News last week, contributor Jesse Watters made some wildly ignorant and dismissive comments about men, boys and sexual assault. While discussing a statutory rape case involving a 46-year-old woman and a 16-year-old boy, Watters said, “It is a serious crime. But if you’re a 16-year-old kid and you have sex with your best friend’s mom, you usually get high fives.” It wasn't the first time a pundit -- on Fox or elsewhere -- said something to make light of the experiences of male survivors. Two weeks earlier, Tucker Carlson argued that sexually assaulting a teenage boy is a victimless crime, since according to Carlson boys think any sexual contact is "the greatest thing that’s ever happened." When his co-panelists limply pushed back on his comment, Carlson replied, "That’s just real. I don’t know what to say. I don’t want it to be true, it just is true.”

Despite Carlson's assurances that he is speaking for all male survivors, he is not. Most people with even a modicum of compassion and common sense understand that sexual assault is a violent and deeply traumatizing thing for survivors of all genders, but hearing about the pain that sexual assault causes from the mouths of male survivors is something we could all stand to listen to more often. Michael Skinner -- a musician, educator, advocate and survivor of sexual abuse -- knows all too well the consequences of minimizing the sexual violence that happens to men and boys. We spoke a few weeks ago -- after Carlson made his comments about boys and rape -- but our conversation is just as relevant right now.

"It’s ignorance. It’s destructive. It’s hurting so many men," Skinner said of our cultural attitudes about men and sexual violence. "We need to break the cycle. Society reinforces this whole myth, these stereotypes, this stigma that it’s not destructive for a man, for a teenage boy. That it’s not hurtful. When in fact it is. It hurts like hell."

Skinner was sexually abused as a child by members of his family, but was also victimized by a trusted adult when he was a teenager. Shame about these things kept him silent about the abuse well into his adulthood. "For the longest time I kept it to myself because I just felt horrible inside about what happened," he said. "I felt dirty and perverted because of what I experienced -- what was done to me. I felt weak because of it, always odd or weird. I blamed myself."

While Fox News pundits may have a fine time joking about teenage boys being harassed and abused by adult women, Skinner knows there's nothing funny about it. He shared his experience of being assaulted as a teenager, and discussed the many dynamics -- power, physical strength and size, gender -- that he struggled to understand while it was happening and in the aftermath of the assault:

As a teen -- maybe around 15 or so -- I was babysitting for this couple with four young children. He was an engineer and she worked part time, and they were living the American dream, if you will. And then they separated. One night, the woman came home, and as she was about to pay me, she pinned me up against a wall. Now, keep in mind, I’m 6 foot 4 and I’m a big guy. Back then, too. I could take care of myself. I wasn’t afraid of anyone. And I’m not saying that to try to sound macho, I am saying this because when this woman pinned me up against the wall and put her hand down on my crotch and stuck her tongue in my mouth, I froze. I literally froze. I was scared. I was in deep fear.

It seemed like an eternity but I know it wasn’t, it was just that split second or so. It took me a while to compose myself and push her away. And I couldn’t run out of that house fast enough. And it left me in fear, it left me feeling like I wanted to throw up.

She was the perpetrator. This was an adult. This was a woman in her mid-thirties to early forties. There was a power dynamic. It was wrong. If a male did this to a female, it would be called rape or sexual assault. It was sexual assault. It was a violation, period. I understand people on these shock radio shows and talking heads on television -- they’re saying stuff just to get ratings, but saying [teenage boys can't be sexually assaulted] is so wrong.

Watters and Carlson might want to listen to men like Skinner before making sweeping pronouncements about the things they "know" about men and sexual assault. Unfortunately, their attitudes are fairly common. We tend to diminish the trauma of sexual violence against men -- it's usually played for laughs in film and television when it's addressed at all. And the parameters of heteronormative masculinity hardly leave room for expressions of emotion or pain from most men, particularly about a topic like sexual violence.

Skinner pointed to male survivor organizations like 1 in 6 and Male Survivor as a sign that there is more support than ever for male victims of sexual assault, but said there is still a long way to go to break the stigma and stereotypes around men coming out about their experiences of abuse. "I feel like there is a double whammy for male survivors," he said of his own experience seeking help. "I was supposed to suck it up and just get over it. And that was fed to me by a doctor. 'This will help you pull your bootstraps up' -- a doctor telling me to pull up my bootstraps. There wasn’t the awareness and there still isn’t."

I can't imagine anything more direct than these Skinner's honest insights into our destructive cultural norms and the harm they cause, and yet we're generally very bad at listening to people like him. We ignore survivors of all genders. And when we do hear them, we're even worse at taking them seriously.

The statistics on sexual violence should be impossible to ignore. The same goes for the voices of survivors like Skinner.

"As men, we’re not supposed to express these emotions. We’re supposed to be tough and all that garbage. It’s wrong. We should be able to express our emotions," he said of the shifts that need to occur to create room for more survivors -- particularly men, but really survivors of all genders -- to come forward. Finding the courage to speak changed Skinner's life, and he said he wants to see that happen for others:

I think for survivors, male and female, it really is worth it to come forward and share these things in order to break that silence. It's hard. It is painful in the healing process, but I tell you the rewards are great because, I survived. I definitely survived some horrible things, but I truly feel I’m thriving in life today. Once I was able to break that silence and do this work, I’m in a better place.

I think sharing the secrets, getting rid of the stigma, because it’s not our shame to bear. I can’t go back, I can’t change what happened to me. But if I can share my experience and it can help one other person, that’s worth it to me. It really is.