After "thoroughly investigating" the shooting, a grand jury refused to indict the officer. Watch the video here 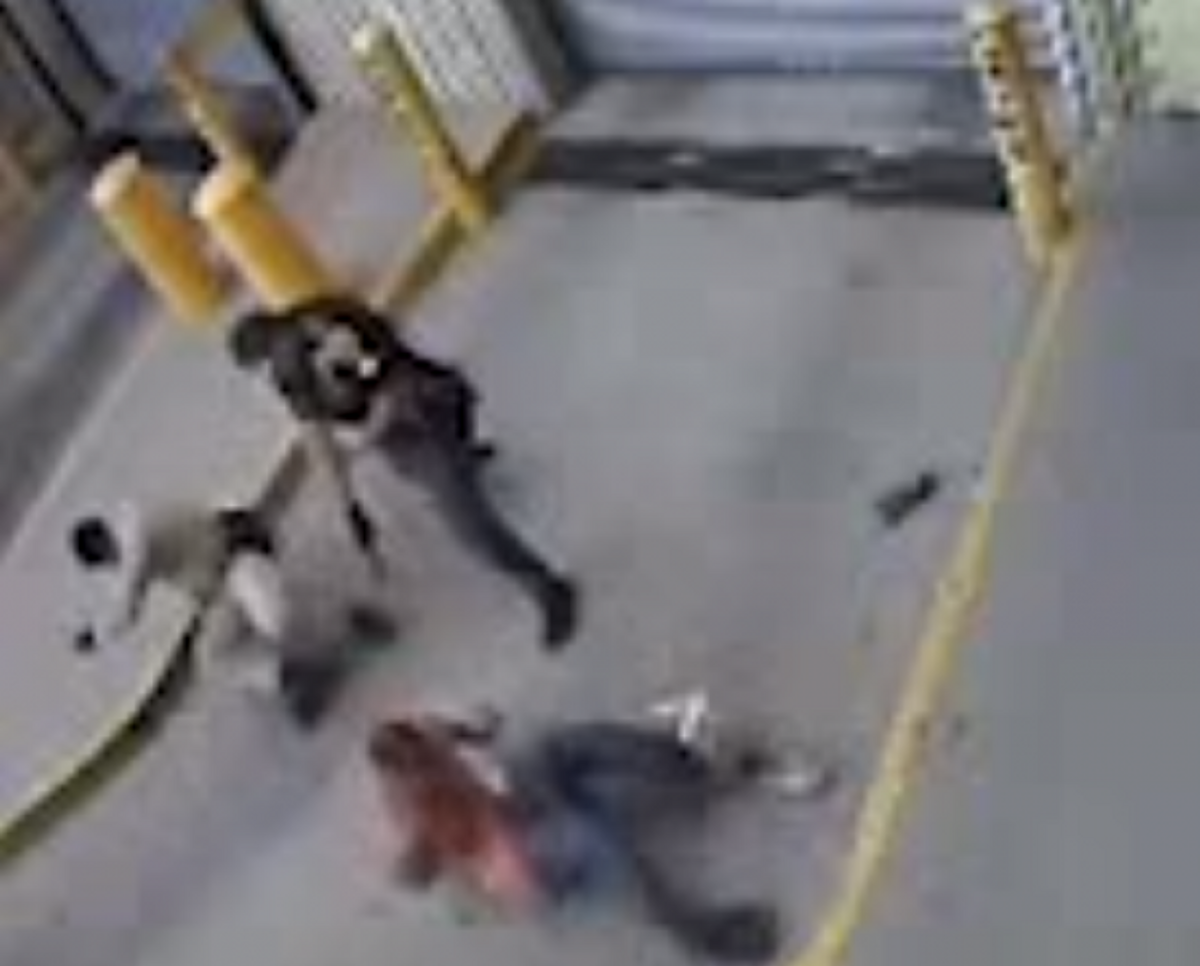 More than a year after a handcuffed man was fatally shot by an El Paso, Texas, police officer at a downtown jail, a video showing the death has now been released by the City of El Paso.

The video shows a shirtless, handcuffed 37-year-old man, Daniel Saenz, who had been arrested for allegedly assaulting an off-duty police officer and medical staff at the Del Sol Medical Center, being dragged through the halls of the jail to an outside area by officer Jose Flores and a prisoner transport guard. Saenz is noticeably bleeding from his head, an injury that police claimed he suffered when he "struck his own head into the doorway” on his walk into the jail.

The El Paso Times has the full play-by-play of the silent security footage:

Once Saenz is dragged outside, the officer and guard appear to talk to him as he sits on the sidewalk outside the jail's back entrance.

The scene was filmed by cameras at different angles. There is no one else seen outside.

In the video, Saenz begins to struggle with the officers after they stand him up. Saenz falls to the ground but keeps trying to get up with the two men on top of him.

Saenz kicks, tries turning around and twists, grabbing at Flores who is behind him.

Saenz, according to CLEAT [the Combined Law Enforcement Associations of Texas], was also trying to slam his head on the ground and the guard was trying to stop him.

In the video, the guard is attempting to hold Saenz by the shoulders when Flores gets up. At first, Flores appears to reach for the Taser in his left holster.

When Saenz pushes off the guard, Flores draws his Glock semi-automatic handgun from his right holster. The guard moves away and Flores fires a single gunshot.

Flores then holsters his gun, pulls his yellow Taser and gets atop of Saenz, who is face down, bleeding from a shoulder and continues to kick for a few seconds until he stops moving as blood spreads on the ground.

The bullet went straight through his shoulder into Saenz’s chest. He eventually died at the hospital.

In February, a state district grand jury refused to indict Officer Flores after “thoroughly investigating the shooting and the backgrounds of Officer Flores and Daniel Saenz,” according to El Paso District Attorney Jaime Esparza.

Jim Jopling, of CLEAT, said he believed “the totality of the circumstances, which include the long sequence of events that came before the shooting itself,” warranted the grand jury’s actions.