He blew it on Iraq, but makes sense now: Peter Beinart's thoughtful lessons

If there's one Iraq war hawk worth listening to today, it's this one who's truly grappled with his mistake 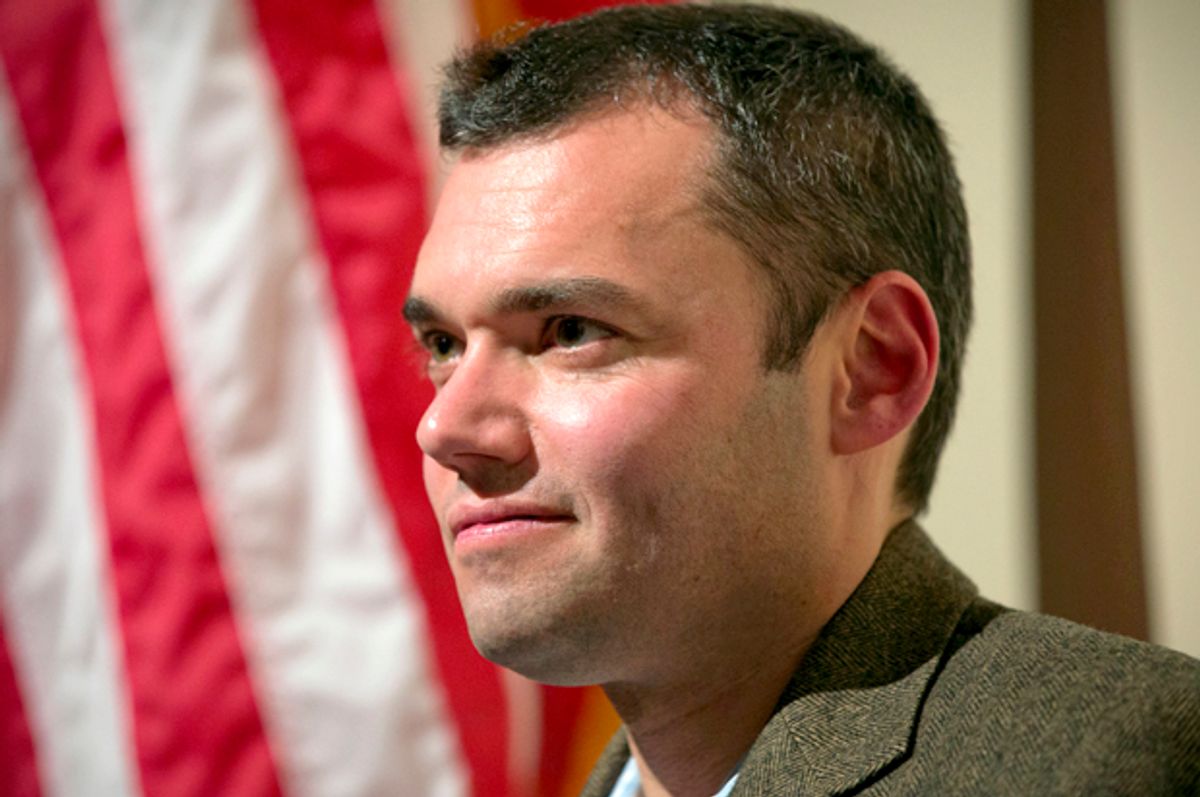 If there is one Iraq war hawk who has properly grappled with his mistake it has to be Peter Beinart. In fact, he's written entire books about his own -- and America's -- moral failings and the need to confront them with a cold and unsparing honesty if it's to face threats in the modern world. Indeed, if there's one Iraq war hawk worth talking to about what's happening in Iraq today, it's probably Beinart simply for the fact that he's one of the few who's thought this issue through. So, it's also worth considering his opinion that contrary to popular lefty opinion, the media should be willing to interview the Very Serious People (Paul Krugman's shorthand for "experts" who never have to account for their failures) -- as long as its members will agree to address their own responsibility for the situation.

After all, they continue to have a major influence on the direction of Republican national security and foreign policy. Watching TV over the past couple of days you would almost think that it's 2002 all over again from the hysterical rhetoric pouring from the mouths of Republican officials. From John McCain's maniacal insistence that we should have stayed in Iraq forever ("We had that war won, and we blew it!") to Lindsay Graham's hysterical pearl clutching ("We’ve got another Benghazi in the making here! What I heard in there scared the hell out of me!") to Congressman Mike Rogers' incoherent fearmongering ("an al Qaeda army is marching across Baghdad!") it's fairly obvious that foreign policy debacle which resulted in a failed presidency slinking out of office with a 28 percent approval rating didn't provoke any mistrust for their "experts" among the right wingers. If anything, they seem to think they were somehow proved right because the whole place has gone to hell in a handbasket.

Which means that in order for the warhawk experience to be of value, it would require the media to be tough interlocutors and challenge these people with their own past statements and spend a lot of time trying to figure out if their opinions were informed by sour grapes, rigid ideology or a genuinely fresh analysis of the situation. And that, I'm afraid, is simply not going to be possible. The majority of the media, with some notable exceptions, simply isn't up to that job.

Beinart also suggests that it's a bad idea to assume that everyone is fighting the last war and that's probably true. It's very possible to be wrong about one situation but right about another. But there are exceptions to that rule, notably the neocon clique that led the charge into Iraq actually has always been wrong about everything --- and at this point, it's fair to assume that will continue.

For instance, here's Fareed Zakaria from a few years back reprising one of their greatest hits:

It all started with the now famous "Team B" exercise. During the early 1970s, hard-line conservatives pilloried the CIA for being soft on the Soviets. As a result, CIA Director George Bush agreed to allow a team of outside experts to look at the intelligence and come to their own conclusions. Team B--which included Paul Wolfowitz--produced a scathing report, claiming that the Soviet threat had been badly underestimated.

In retrospect, Team B's conclusions were wildly off the mark. Describing the Soviet Union, in 1976, as having “a large and expanding Gross National Product,” it predicted that it would modernize and expand its military at an awesome pace. For example, it predicted that the Backfire bomber "probably will be produced in substantial numbers, with perhaps 500 aircraft off the line by early 1984." In fact, the Soviets had 235 in 1984.

It turned out later that even the wimps at the CIA had hugely overestimated the Soviet threat. Similarly, in the early '80s these same folks concluded that terrorism could never be effective without a state sponsor. Lo and behold, while they were obsessing over Saddam for more than a decade, they completely missed the threat of al Qaeda. And that's just one example from the years leading up to the catastrophic decision to go into Iraq. At this point it's deeply irrational for anyone who wants a serious analysis of any issue to look to these people for an opinion.

But it's really not fair to point the fingers just at the neocons, although they do deserve a lions share of our scorn. In the last few days we've seen the reemergence of the liberal hawks, demanding military intervention with the same passion as the right wingers. The difference is they take great care to say that they only believe we should hurt the "bad guys" and help the "good guys," categories of which nobody seems to be able to adequately keep track but which often come down to "secular moderates" the group in the shortest supply in the Middle East. These are people who make facile statements like this:

The answer to those questions may well involve the use of force on a limited but immediate basis, in both countries. Enough force to remind all parties that we can, from the air, see and retaliate against not only Al Qaeda members, whom our drones track for months, but also any individuals guilty of mass atrocities and crimes against humanity. Enough force to compel governments and rebels alike to the negotiating table. And enough force to create a breathing space in which decent leaders can begin to consolidate power.

For another example, check out the comments from former Clinton ambassador to Morocco Marc Ginsberg from last Monday on MSNBC's The Reid Report. Let's just say that he was very upset with President Obama. He huffed about the administration's failure to intervene in Syria years ago, complaining:

"He [Obama] is going to have to make some tough decisions which would not have ordinarily had to make if he had made the correct decisions that Secretary Clinton had urged on him in Syria years ago. The entire National Security apparatus of the United States urged the president to do that and he rejected that advice and he knew better than the National Security team.

How dare the president fail to take direction from the bureaucracy! When asked what he would do now, he replied that we have to "drain the swamp of al-Qaeda in Northern Iraq" and "destroy ISIS."

It turns out that both conservative and liberal hawks have a similar view of the efficacy of violence. The conservatives believe that the "enemy" is an all powerful, all-seeing force endowed with superpowers to kill us all in our beds unless we defend ourselves in the world everywhere and at once. The liberal hawks (some of whom are characterized as humanitarian interventionists) think that it's the US and its allies who have superpowers which can micromanage the way violence in meted out in a war such as only track down the guilty war criminals with our drones and neatly remove them --- and only them --- from the scene. And we have the ability to use use just "enough force to create breathing space" for "decent leaders," who can then naturally consolidate power so that we can all go home. As if the hideous violence of war is kind of like a medicine we can administer that will make everyone feel better in the end.

From the looks of the polling, most people outside of the Fox bubble get that and generally come to their own conclusions. The problem is that members of the government either mistakenly confuse their passionate romaticism with wisdom and knowledge or cynically use it to promote their own agenda. So, even considering Beinart's thoughtful opinion, if keeping them off the air would interrupt that feedback loop, it's probably a good idea.