Loaded with pop hits and a hint of darkness, Clint Eastwood's Frankie Valli musical is a total treat 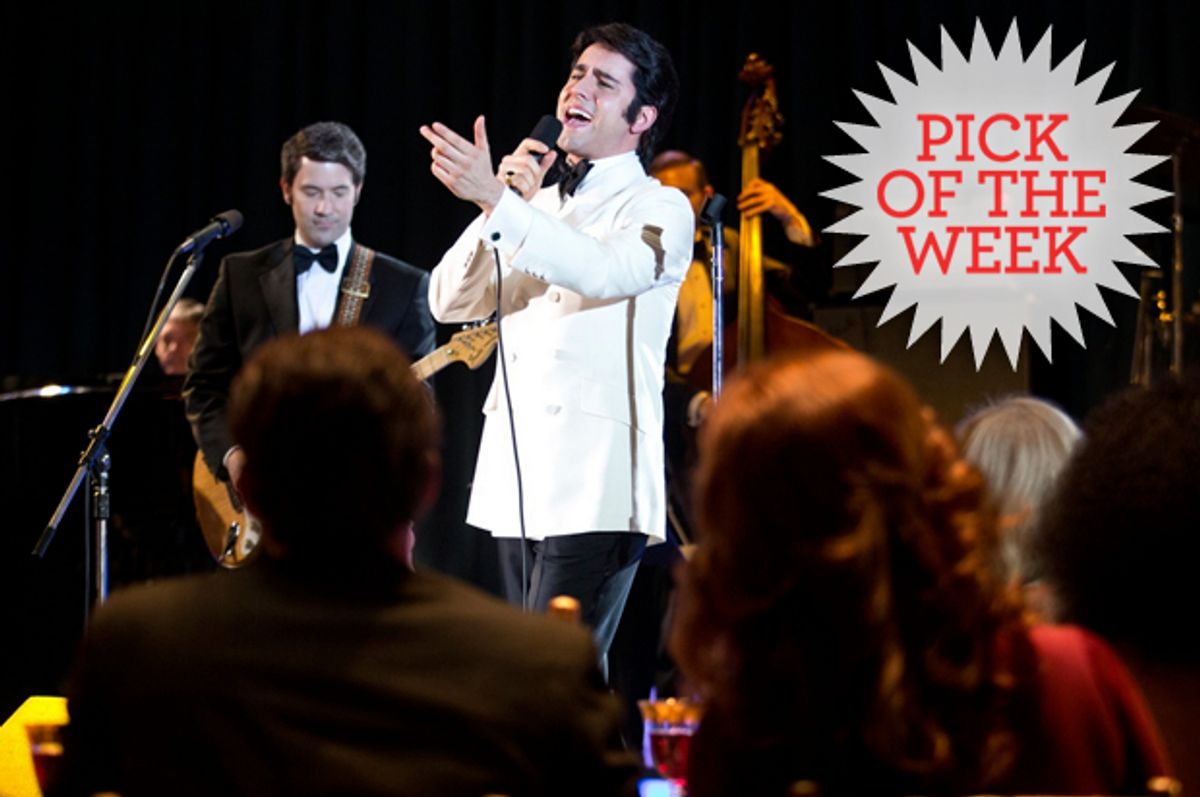 No doubt we’ve all seen enough rags-to-riches rock ‘n’ roll fables, and enough movies about the deeds and misdeeds of Italian-Americans in the urban Northeast, for a dozen lifetimes. But the modest charms of Clint Eastwood’s thoroughly enjoyable and admittedly lightweight musical “Jersey Boys” – adapted from the Broadway show by Marshall Brickman and Rick Elice, who also wrote this screenplay – lie in the fact that it isn’t trying to outdo its many predecessors. Eastwood and the writers understand that we’ve probably seen the “Godfather” movies, “Goodfellas” and “The Sopranos.” When the characters in “Jersey Boys” break the fourth wall to talk directly to the audience – sometimes mid-song -- they’re acknowledging that we’re wised up about what’s likely to happen in this kind of story, especially to a buncha galoots who can’t quite leave the projects of Belleville, New Jersey, behind.

Although its setting is highly familiar, “Jersey Boys” tackles a pop-culture era that remains relatively unexplored, at least for contemporary audiences: The cusp of the ‘60s, midway between Sinatra and the Beatles, in a society still bounded by race, gender and ethnicity whose stresses were just beginning to show. As the many people who have seen this show on Broadway or on tour around the world already know, “Jersey Boys” tells the story – or at least the official story – of Frankie Valli and the Four Seasons, by far the biggest of the numerous Italian-American vocal groups of the late ‘50s and early ‘60s.

Since both Valli and Four Seasons songwriter Bob Gaudio (now 80 and 71 years old, respectively) serve as executive producers on the film, we get hefty doses of the group’s biggest hits, including “Sherry,” “Big Girls Don’t Cry” and “Walk Like a Man,” with their alchemical mixture of Tin Pan Alley pop craftsmanship and Valli’s peculiar, soaring falsetto voice. Those songs have moved beyond oldies into the status of near-antiques, and it’s entirely likely that many people who see this movie have heard them infrequently and have no idea when they were recorded or by whom. Purely as musical performances, they’re virtuosic and refreshingly odd mixtures of ingredients that could almost be hits today, if set to a different beat. (Eastwood only references this in passing, but the Four Seasons were one of the first white groups played extensively on black radio stations, and their sound was a key influence on the Motown explosion.)

It’s also safe to assume that this saga of a chart-topping pop sensation undermined by bad business deals, bad debts and mob connections may have been somewhat streamlined for dramatic effect. There’s no question that in this telling Valli (played by John Lloyd Young, who created the role on Broadway) and Gaudio (Erich Bergen; ditto) are both the heroes of the tale and the hapless victims of charismatic and feckless Tommy DeVito (Vincent Piazza of “Boardwalk Empire”), who founded the group and then did his best to torpedo it. But how closely “Jersey Boys” resembles the truth is almost irrelevant at this point, and may not be entirely clear even to people who were there. Brickman (who co-wrote several of Woody Allen’s best films) and Elice have used the material to construct a nostalgic and largely upbeat American fable with an undercurrent of darkness, precisely the combination that plays to Eastwood’s strengths as a director.

Unlike almost all of the film’s prospective audience, Eastwood can presumably remember this era firsthand, which may explain why “Jersey Boys” feels so much more vigorous than most of his recent movies. (He’s actually several years older than Frankie Valli.) But I don’t honestly think that’s it. In his latter-day incarnation as a Hollywood A-list director, Eastwood makes clean, unpretentious mid-budget pictures without a lot of smoke and mirrors. He understands how to work with movie stars, having been one for so long, and has a reputation for never wasting time and money. Those are all admirable qualities, no doubt, but there’s also the fact that Eastwood never seems to alter his approach based on the script or the subject matter. He obviously likes period pieces, historical dramas and sports movies, but beyond that he barely appears to notice the details: Nelson Mandela, J. Edgar Hoover, a story of the South Asian tsunami and a 1920s crime saga all receive the same degree of benign neglect. He trusts the material, as they say in Hollywood, but sometimes the material is crap. (Most of Eastwood's movies since he quit acting have merely been dull, but “J. Edgar” amounted to a shameful whitewashing of one of the 20th century’s most despicable humans.)

But the laconic Eastwood method – gosh, here’s an interesting story; see what you folks make of it – is just about right for “Jersey Boys,” which can simultaneously be enjoyed as a fun summer musical set in a bygone era and a Gatsby-style American tragedy about the impossibility of escaping the past. Brickman and Elice are no fools; they make Piazza’s cocksure but doomed Tommy DeVito the central focus. It’s Tommy who interrupts the action most often to talk to us (whereas Valli, something of a cipher throughout, never does). Tommy understands how things work in Jersey: He deals in merchandise that “fell off the truck,” he knows who to talk to when you need a little spending money, he grasps that his group’s prospects largely depend on their relationship with Gyp DeCarlo (a modest but wonderful role for Christopher Walken), the mobster he drives around town.

Tommy’s perspective is that without his carnivorous street intelligence, the pop sensation that was Frankie Valli would never have happened in the first place, and at least as this story plays out, he’s probably right. Tommy’s the one who spotted a shy, diminutive hairdresser’s assistant named Francesco Castelluccio, born to immigrant parents in Newark’s densely packed First Ward, who had an extraordinary vocal range. Tommy convinces Frankie to treat his gift seriously and seek voice training, and Tommy keeps Frankie out of jail, taking the fall by himself for a job they did together. When Bob Gaudio comes into the picture, Frankie has a clear opportunity to get free of Tommy’s influence. Not only was Bob a talented songwriter who immediately grasped Frankie’s potential, he was an educated middle-class kid with little or no loyalty to neighborhood customs and ethnic tradition. When a couple of eager bobby-soxers ask him who the girl is in one of his songs, Bob explains that she’s not real: “It’s what T.S. Eliot called the ‘objective correlative.’”

But as Nick Massi (Michael Lomenda), fourth and most obscure of the Seasons, tells us during an aside, if you think Valli could have cut his old friend loose just because he was a self-destructive lowlife who was likely to bring the whole enterprise down in ruins, you’re not from Jersey. One could probably describe “Jersey Boys” as an easygoing entertainment, full of beehive hairdos, delightful songs and complicated cocktails, all constructed to justify the fact that Frankie Valli spent much of his career as a pop star laboring to pay off enormous debts to gangsters. But we all wind up working for Pharaoh in some capacity, and few of us will ever know a moment of pop transcendence like “Can’t Take My Eyes Off You” (the last big Valli-Gaudio hit, in 1967, and maybe the best). When it comes to any larger questions about what was lost or gained, and whether Frankie Valli’s odyssey was worth it, Eastwood throws up his hands. Who knows? He’s made a thoroughly tolerable and non-insulting summer movie for grown-ups; isn’t that enough?