"Orange Is the New Black's" trailblazing portrayal of foster care

From "The Blind Side" to "White Oleander," foster care has been grossly oversimplified in TV and movies, until now 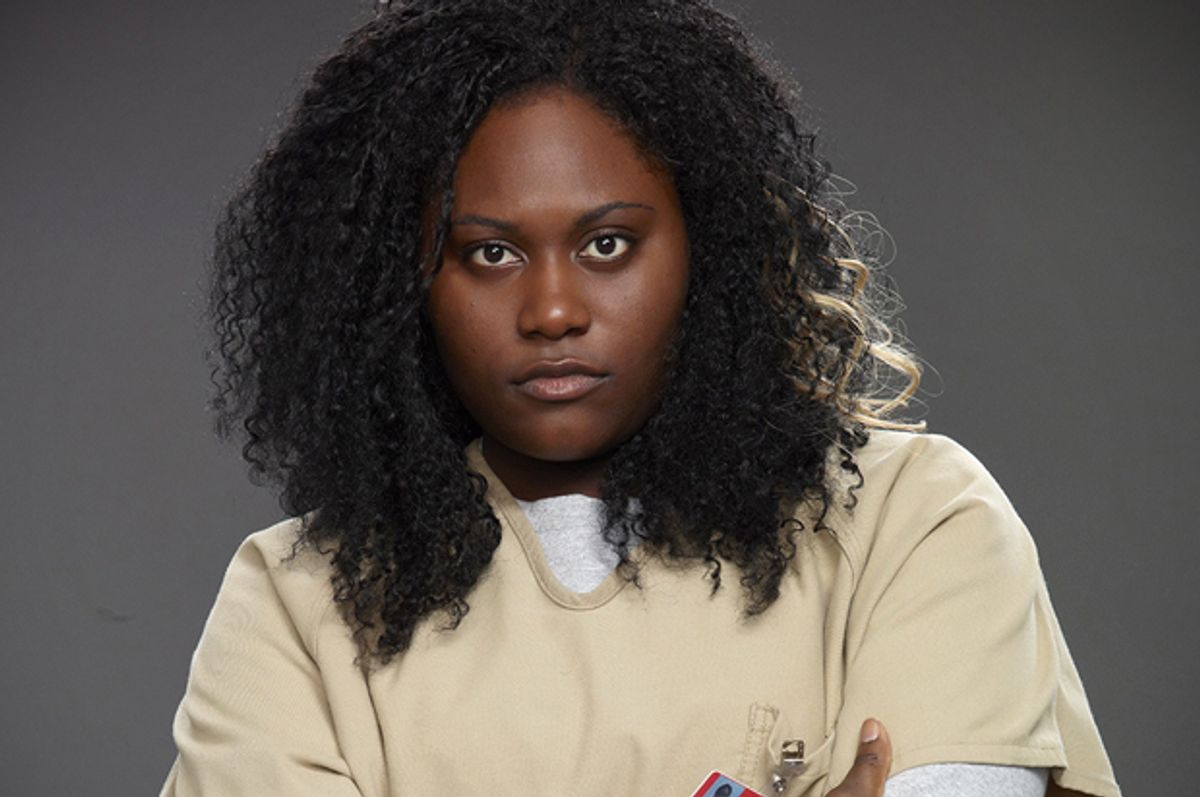 Michael Place was a teenager on foster care living among roaches with his foster mother (a librarian by day, alcoholic by night) in their Astoria, Queens, public housing apartment. Place was put on a heavy dose of psychotropic drugs, which has become a commonplace solution to dealing with “problematic” foster kids. He was institutionalized soon after. “The psychiatric hospital was my escape from the madness,” he writes. “The nurses were more consoling than my foster mom. They frequently checked my vitals and made sure I had enough supplies for arts and crafts. Simply put, they cared.”

Now off meds and emancipated from the system, Place formed Mind the Gap, a nonprofit that works as a liaison between foster kids and their doctors. In an interview with WNYC’s Brian Lehrer, Ira Lustbader, the associate director of foster care advocacy group Children's Rights, said 35 percent of kids in the foster care system are on one to seven different psychotropic meds, or “chemical restraints.” They’re drugged to the point of incoherency like Michael Place — or many of the other  foster care “graduates” who are speaking out about the overuse of strong antipsychotics for children.

Sandra Bullock and her children on “The Blind Side” made foster care seem perfectly idyllic. In “Glass House: The Good Mother,” kids are adopted by outwardly ideal parents who end up being cartoonishly cruel. "White Oleander" is similarly one-dimensional in its depiction of the system. But finally, our cultural representations of the foster system seem to be getting more nuanced and credible. Namely, on “Orange Is the New Black.”

In the new season of "OITNB" — Episode 2, “Looks Blue, Tastes Red” — we learn that Taystee, one of the main characters, was a child of the system. The episode flashes back to a young Taystee at a “black adoption event.” The local drug queen, Vee, who is carefully farming kids to be her drug runners, is the only one interested. She tells Taystee bluntly, “You are too big, too black, and too eager to be adopted.” Taystee’s superior math skills and creativity draws Vee closer as Taystee grows. Later it’s no surprise when Vee recruits Taystee to deal drugs. Taystee, who is at first dismissive of  Vee, eventually succumbs to the lifestyle and money being a drug dealer can offer.

"OITNB" isn’t the only current show that offers a more complicated portrait of the foster care system. There’s “The Fosters” on ABC Family (featuring lesbian mothers with a bunch of children: biological, adopted and a foster daughter right out of juvie) and “Major Crimes” on TNT, which is a surprisingly nuanced portrayal of a troublemaking foster kid. And even through it's stylized haze, Wes Anderson’s “Moonrise Kingdom” summed up the widespread cultural misunderstanding of foster care via its main character, Sam Shakusky, a kid tagged with “emotional issues.” In one scene 15-year-old Suzy (she has somewhat intact parents played by Bill Murray and Frances McDormand, yet runs away with Sam nevertheless) says to him: “I always wished I was an orphan, most of my favorite characters are. I think your lives are more special.” Shakusky, with flowers in his hair and his dead mother’s gold pin firmly placed on his Khaki Scout lapel, stares at her blankly and says: “I love you, but you don’t know what you’re talking about.”

But "Orange Is the New Black" is trailblazing in the way it manages to capture the painful contradictions at the heart of the foster care system. Vee is the first time Taystee has experienced family life. She is in the kitchen baking flaxseed bread while Taystee and her “brother” (another one of Vee’s dealers) argue at the table over dinner. It’s a heartbreaking scene, because it’s the kind of story that’s destined to go downhill. Like Fagin in “Oliver Twist” or Delroy Lindo’s character, Rodney Little, in “Clockers,” drug-dealing (or pickpocket) makeshift parental figures always end up turning against their “children.” Yet, if you’re a child of the system, shuffling between group homes and foster parents, then you take what you can get. Vee — for all of her manipulations and lies — is the only kind of mother Taystee knows.

Foster Care Orange Is The New Black The Blind Side