"This is a B- student’s opinion": Why the education reformers' latest victory is built on sand

Michelle Rhee may love the recent anti-union ruling from California, but an expert tells Salon it's seriously weak 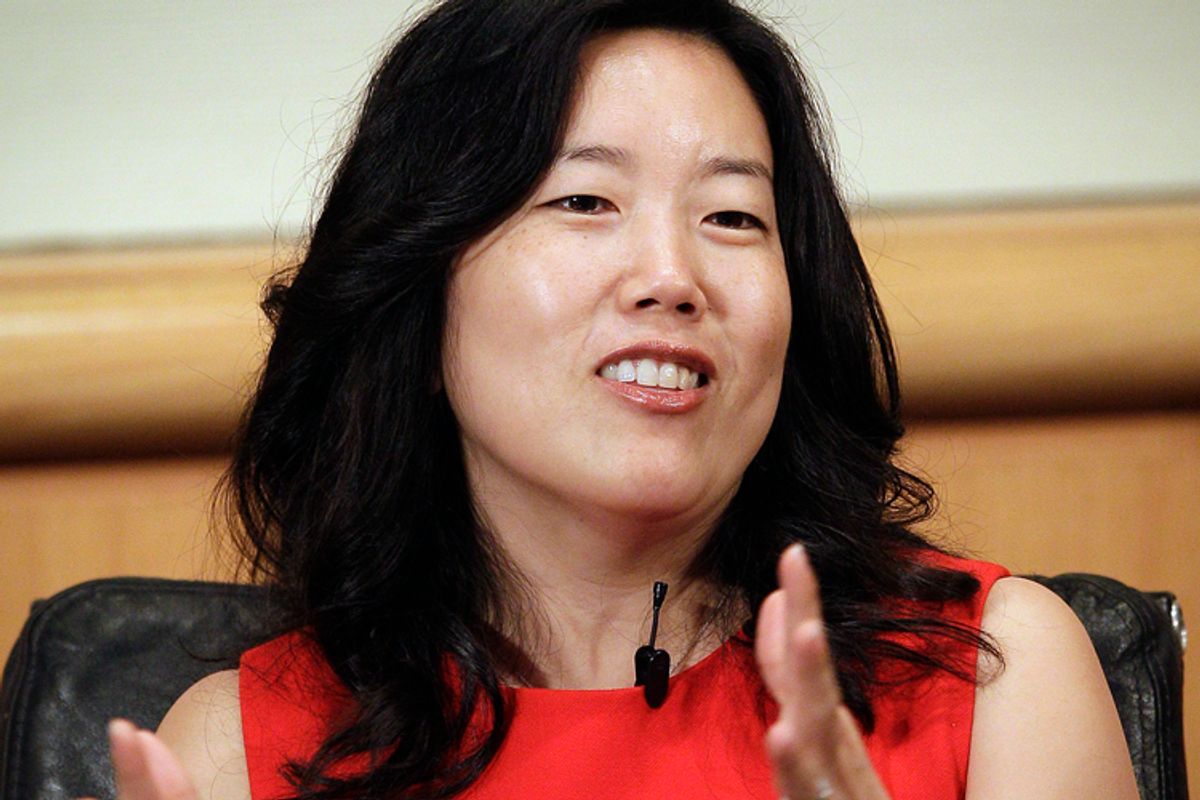 Just a little more than a week ago, Los Angeles County Superior Court Judge Rolf M. Treu delivered his ruling on Vergara v. California, a potentially landmark case about tenure and seniority rules for California's public school teachers. Perhaps ironically, the judge, who was first appointed by Pete Wilson —the state's former Republican governor, who is now largely remembered for pushing an anti-immigrant measure that many believe turned a generation of California Latinos irrevocably against the GOP — found that tenure rules made it far too difficult for administrators to fire underperforming teachers, harming poor (largely non-white) children in the process.

Unsurprisingly, some of the biggest names in the so-called education reform movement were overjoyed. The case, which was brought forward by Silicon Valley-backed nonprofit Students Matter, resulted in a ruling that was, according to Michelle Rhee, "a clear win for all children in California public schools" as well as "a huge win for California educators and the teaching profession as a whole." Rhee also praised Treu's decision to frame the ruling around racial equality, writing that, in her mind, the case "has always been about civil rights." Treu's ruling, Rhee announced, was an affirmation of "the simple and undeniable premise that every child deserves equal access to a quality education — regardless of his or her race, ZIP code or family circumstances."

Tabling the question of whether Vergara is good policy (the Atlantic says probably not; National Review says absolutely yes), Salon wanted to explore whether the ruling is good law. To that end, we called up UCLA School of Law professor Jonathan Zasloff to talk about the constitutional theory undergirding Treu's decision as well as the quality of the judge's reasoning. Our conversation is below and has been edited for clarity and length.

For those who don’t know about the ruling, do you mind just giving a quick recap of what was at stake, and what the judge decided?

What was at stake was that there were several plaintiffs that were suing and that were saying the particular provisions in the California education code, certain provisions concerning teacher tenure and layoffs, were unconstitutional in that they represented a violation of the state’s equal protection clause. It’s not particularly clear, but there are aspects of the fact that California, like many states, has a constitutional right to education, and that the provisions that made the time [to reach] tenure extremely quick (usually about 18 months), the difficulty of dismissing a grossly incompetent teacher and the provisions of layoffs (which is essentially last in, first out, as opposed to laying off those that are least competent) — that those three [provisions] violated the state constitution because they discriminated against low-income Latino and minority students’ right to an education. The trial judge upheld that claim and said that those provisions violated the California constitution and, importantly, stayed the decision pending appeal, because all of this is going to be revisited by an appeals court. This decision will have little impact in and of itself, as a legal matter.

But people think it will potentially have great political significance.

Oh, yeah. To the extent that it’s a persuasive opinion and to the extent that simply by somebody saying it then [it] becomes more permissible for other judges to say it — that it could have a legal impact in that way as well.

So I want to ask you about some of the criticisms of the ruling that I've seen online. For example, some claim that the decision is tantamount to "legislation from the bench." Do you think that's true?

Why do you think it's "aggressive"?

Well, it’s a lot easier if you say ... "We’re not going to say how much the state is supposed to spend on education, but equality means that ... the per pupil spending between districts has to be the same." That’s much easier, it’s much cleaner. [The question becomes,] how much do you spend per pupil? And whatever you’re deciding to spend, it has to be the same from one district to another. [The judge could] tell them something along those lines.

This [ruling], though, is essentially saying that there are certain particular policies which, by their nature, violate equal protection and violate the right to education. So it’s really getting down into the nitty-gritty details of pretty basic labor relations decisions. In and of itself, that doesn’t make it wrong. But it is dealing with education policy decisions at a much more detailed and much more — I think it’s fair to say — micro-managing level than even the earlier decisions said. Another early decision was another one [in which] there was a low-income school district and they said, basically, "We’re not going to have classes for the next six weeks; we don’t have any money." That’s fairly straightforward — you can’t say somebody has a right to an education and then not give them an education ...

But if you say something along the lines of "18 months to tenure is too short," well, how much is too short? At one point are you going to say, "All right, well, two years and six months is too short, but two years and nine months is not"? You begin to have to make much more fine-grained decisions that look very much more like activism, and that look like more of a legislative choice. Although, I should quickly add — and this is something that I think is important for readers to understand — the difference between what would be legislation and what a legislature’s role is; and what is adjudication and what a judge’s role is, those are things that we can all think in general about ... But when you actually get to specific decisions, it’s a much more difficult provision.

Another criticism I've seen online is that the judge's ruling embraced the "disparate impact" approach, which some said was kind of weird because conservatives, generally, reject that way of thinking.

But as with all of these things, it really depends on whose ox is getting gored. And if this means that the California Supreme Court, [if it upholds the ruling], is now saying that as part of California’s equal protection law is that you can entertain things on a disparate impact theory, that would make California in a lot of ways quite progressive, judicially. Justice Robert Jackson famously talked about an area of law having invisible boomerangs. This could be one of them.

Considering how aggressive it is and how sort of ideologically unorthodox the judge's ruling was, did you find the decision surprising?

Yeah, I was a little surprised. I was surprised by the ruling in one major way, which is that, for such a significant decision, it is really poorly reasoned. I can’t put it any other way. Whatever you happen to think of the outcome, either on a policy basis or even on a legal basis, [Judge Treu] seems to have taken a lot of the reasoning out of it; and if you’re a trial court judge ... you could say, "Well, I’m a state trial court judge; not too many people are going to pay attention to me; this is my moment in the sun," [and] you’d think you were going to write the best opinion you could possibly do. But if one of my students gave me this opinion, I’d give it a B-. This is a B- student’s opinion. (And at times I’m an easy grader, so there you go.) ...

If we place the political consequences aside, do you think people in the future are going to see this ruling as an important moment in the world of law? Or will it be seen as a weird, sort of flukey event?

It depends on what the appeals courts do with it. If I were to make a prediction now — and I’m not sure about this — but if I were going to make a prediction, I think there’s a decent chance that it will be upheld, but in very small ways. Or that there will be orders to go back and develop more facts ... If they do that, if any part of [the ruling] remains, I think it could be quite a seminal moment. The question is ... where does this principle stop? On what basis are we going to be now in a position of not second-guessing the education code? If a plaintiff can come up with [an answer to that], and come up with a couple of relatively modest remedies that will nevertheless change the tenure system — but give the judges a comfortable stopping place — I think it could be quite a seminal decision. I think if they can’t do that, it will be struck down, in which case it will be kind of a weird moment (although I do think in some more conservative states they might actually run with it).