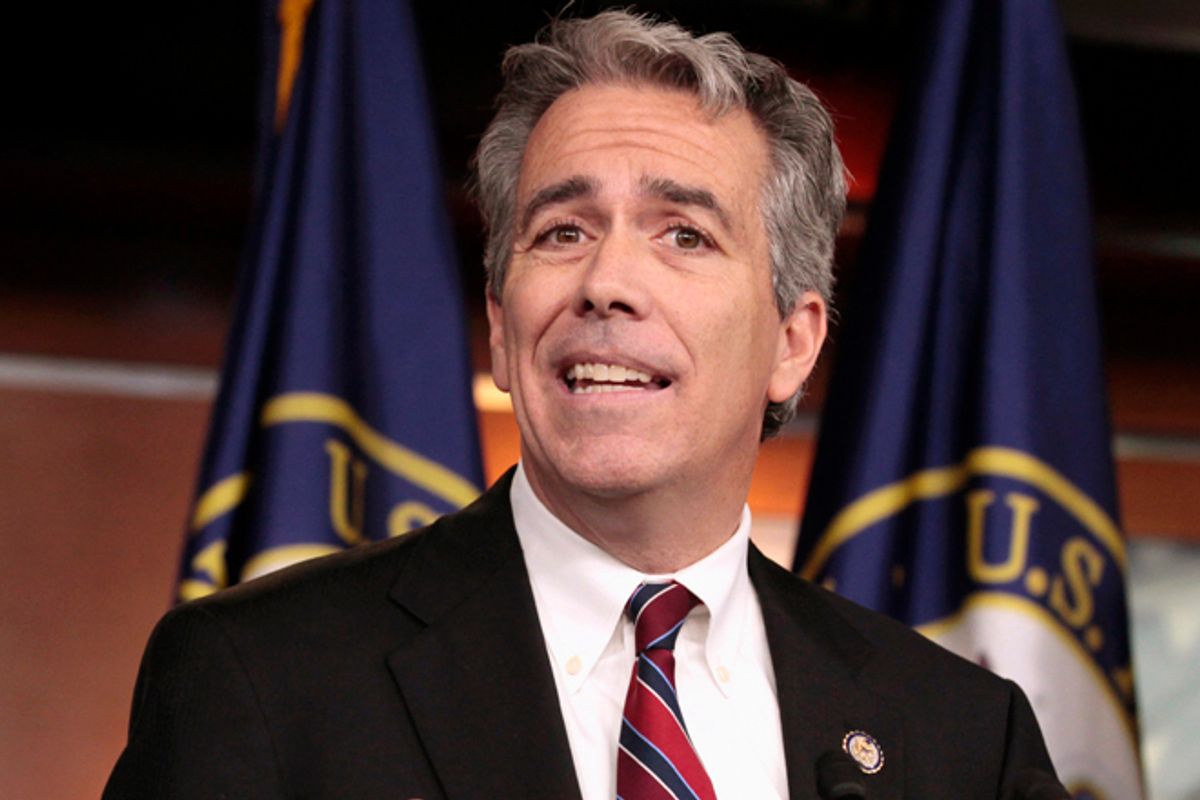 If you were hoping, after he was defeated by Tammy Duckworth in 2012, to never hear from former Tea Party congressman Joe Walsh again, we've got some bad news: He's once again making national headlines for his behavior. But there's some good news, too: This latest bout of poor judgment may well be enough to push Walsh off the public stage once and for all.

According to Walsh himself (via Twitter), the right-wing bomb-thrower was kicked off his own radio show on Thursday after saying a bunch of racial slurs on-air. Why would Walsh do something so obviously unacceptable? In defense of the (patently indefensible) Washington Redskins' team name, of course!

Here's how it went down, at least in Walsh's telling:

Kicked off the air for saying the N-word? Imagine that!

For those grieving that this means the end of Joe Walsh's public musings on the issues of the day — especially race relations — let the following reminders of previous Walsh gems be some solace. Like the time he said President Obama was only elected because he is black, for example; or the time Walsh claimed Democrats wanted to make Latino-Americans "dependent upon government," just as they've done with blacks.