If fellow Republicans can't convince them global warming is real, who can? 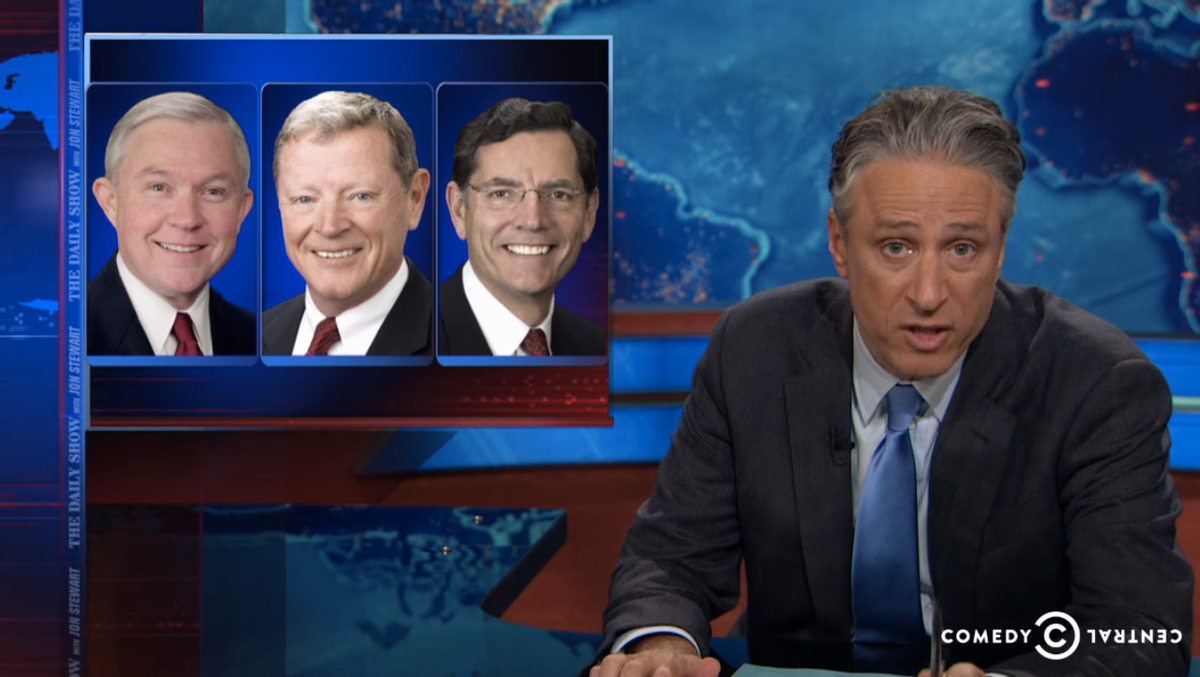 Jon Stewart last night had a bit of fun at the expense of Senate Republicans, who were forced to listen to four former EPA chiefs, all who served under Republican presidents, explain to them that man-made climate change is a real and serious issue (Stewart: "traitors!").

The "Daily Show" host then took the opportunity to call out the senators' very wrong arguments (the overabundance of CO2 in our atmosphere is OK because it's "plant food"). After all, a senator who throws out the "I'm not a scientist" line, and then explains that he does have expertise in optometry and zoology in order to justify his climate denialism, is obviously suffering from "willful blindness."

So if they won't listen to fellow Republicans, let alone climate scientists, what's left? Stewart concludes that there's only one possible solution: "Barack Obama must become a global warming denier."

Check out the epic takedown below: