The 9 weirdest novels by B-list celebrities

Move over, James Franco -- Hilary Duff, Paris Hilton, and the Jenner sisters are novelists too 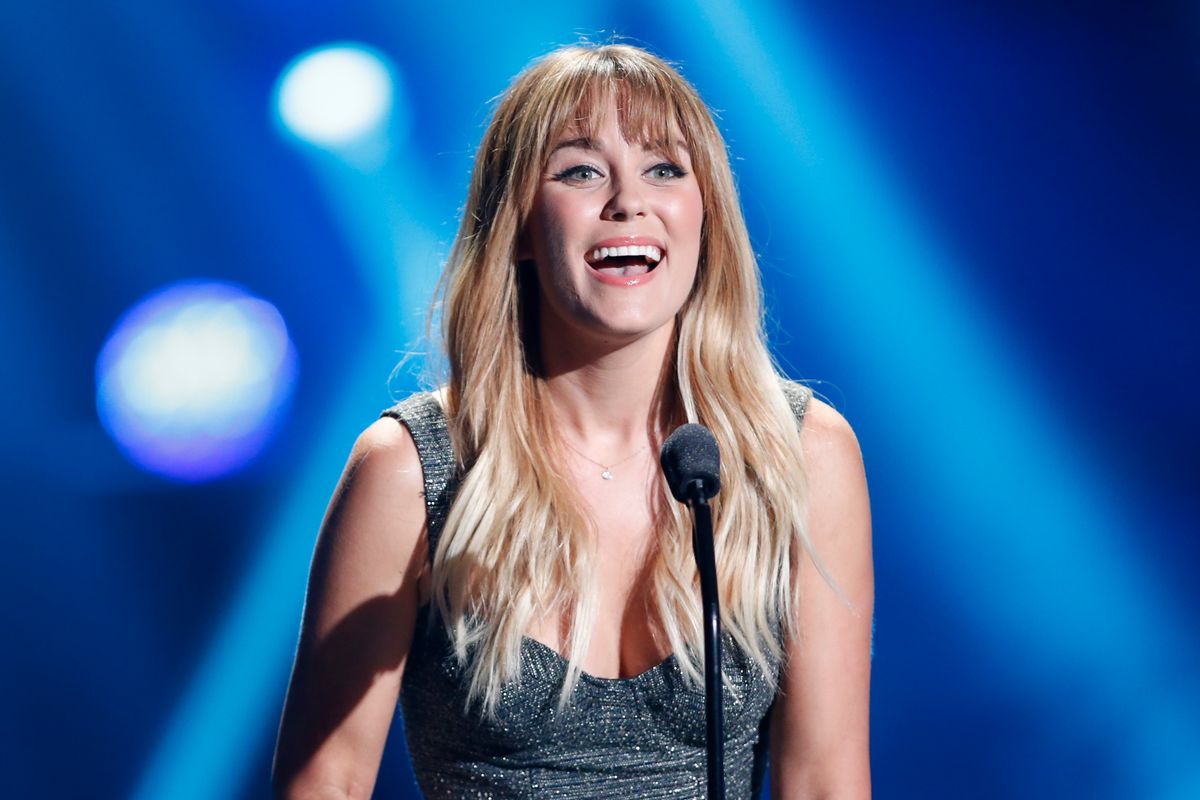 Like normal people, celebrities sometimes feel the urge to write books. Unlike normal people, they get to execute any idea they want not on its merits, but because they're famous (or semi-famous). Ghostwriter David Fisher once admitted to NPR that "Some of the books are more merchandise than literature." And notorious jack-of-too-many-trades James Franco now has several published works of fiction to his name. But Franco is far from the only celeb with a fiction-writing alter ego. It turns out that even B- and C-list stars have resorted to expressing their creativity on the page. Here are nine novels by B-list celebrities that range from thriller to romance to just plain bizarre:

The Jenner girls have recently released a dystopian novel that, according to GoodReads, is about as awful as you'd expect it to be (bonus points to them, though, for attempting a book in the sci-fi genre). Here's the description of "Rebels: City of Indra":

In a world of the far future, the great city of Indra has two faces: a beautiful paradise floating high in the sky, and a nightmare world of poverty carved into tunnels beneath the surface of the earth.

Here's the description of his most recent novel, "Laws of Wrath," which has garnered praise from James Patterson:

Chinatown, New York — The butchered body of a transvestite is found in a dumpster. Nothing out of the ordinary for NYPD, except the victim just so happens to be the brother of Detective Phee Freeman. At first the slaying seems to be the random act of a vicious killer but when it is discovered that there are similar ritualistic murders throughout the city, Phee and his partner Quincy Cavanaugh, along with FBI Agent Janet Maclin, have no choice but to join forces with Dr. Daria Zibik, a brilliant but deranged cult leader. With the clock running down and bodies piling up, Phee and his partners must to do everything they can to stop the bloodshed and determine if the evil they are hunting and the psychopath they are trusting could actually be one and the same.

The former Disney child star, most recently seen on USA's "Younger" television series, is also the author of the "Elixir" trilogy, which is part romance, part mystery:

Clea Raymond is a talented photojournalist and the daughter of high-profile parents. Usually she’s in total control of her camera, but after Clea’s father disappears while on a humanitarian mission, eerie, shadowy images of a strange and handsome young man begin to appear in Clea’s photos — a man she has never seen in her life.

When Clea suddenly encounters this man in person she is stunned — and feels an immediate and powerful connection. As they grow closer, they are drawn deep into the mystery behind her father’s disappearance and discover the centuries-old truth behind their intense bond. Torn by a dangerous love triangle and haunted by a powerful secret that holds their fate, together they race against time to unravel their past in order to save their future — and their lives.

Most famous for being the daughter of a famous person and the frenemy of Paris Hilton, Nicole Richie has capitalized on her celebrity with two novels. Her second novel, "Priceless," is about a beautiful rich woman with a stalker:

Tall, blond, and willowy, this twenty-two-year-old seems to have everything going for her — she’s rich and gorgeous, a talented singer, and has just returned to her Park Avenue penthouse after a year studying in Paris. But since her mother’s tragic death years ago, her father, an extremely successful financier, has been her only family — and if she’s being honest, her only true friend.

All that changes when Jacob Williams is arrested on charges of fraud, and the SEC freezes the family’s bank accounts. With her father in jail and her partying pals suddenly scarce, Charlotte escapes Manhattan and heads to the one place she doesn’t think anyone will come looking: New Orleans.

Determined to rebuild her life, Charlotte moves in with her beloved former nanny and finds a job in a local restaurant. Between trying to make ends meet and hiding from her past, she meets Kat, a fellow fashionista who introduces her to the best of the Big Easy’s bohemian style. With Kat by her side, Charlotte begins to haunt nightclubs, securing singing gigs that soon begin to heat up — as does her friendship with a local boy, Jackson.

But Charlotte’s being followed by an angry stalker who wants nothing more than to destroy her for her father’s crimes. And with Mardi Gras just around the corner, the masquerade has only just begun . . .

From the stylish avenues of Manhattan and dark clubs of the French Quarter to the bright lights of Los Angeles, the multitalented Nicole Richie’s scintillating tale shows that the very life you run from is the one that won’t let you hide.

Keeping with the "write what you know" trend, "The Hills" star Lauren Conrad has pumped out a series of books that sound like reality TV put on paper. The synopsis of her most recent novel, "Infamous," released in April:

Kate and Carmen are about to become big stars, but they're going to have to survive some backstage drama first. And Madison is learning hard lessons about fame as she deals with backstabbing "friends" and family, out-of-control paparazzi, and a scandal reported in every tabloid.

Her next book, out in July, is the first of a trilogy called "In the Making (Celebrity Sex Tape)":

Hot sex. A few thrills. A lot of tips and tricks. There has to be more to life than this, and I’m going to find it.

I’m like every other person out there: I want to be loved and I want to be happy. But in the words of my best friend, I have to kiss a few frogs along the way. That’s okay, I know what I want and I’m not afraid to go after it, to hell with what other people think. My name is Fallon Opal, and I’m not who everyone thinks I am.

To the world I’m another starlet gone crazy: always traveling, clubbing non-stop, and juggling drug problems and alcohol issues. The truth couldn’t be further from that. I’m on a journey to find myself and I’m going to do it without shame — my way. Sometimes it feels like the world is against me but that won’t stop me from getting mine.

If there's a book on this list worth reading, it's probably former "X-Files" star Gillian Anderson's upcoming sci-fi book, "A Vision of Fire," co-written by thriller writer Jeff Rovin.

Here's the description, via EW, which first reported the news in January:

A Vision of Fire centers on Caitlin O’Hara, a world-traveling child psychiatrist who specializes in treating kids who’ve suffered trauma from natural disasters and war. She’s a grounded personality -- she has a son, who is deaf, and everything she knows about the world is challenged when she begins treating a uniquely troubled young girl. Explains Anderson: “Over the course of spending time and helping her and investigating the origins of the girl’s trauma, Caitlin begins to realize that the girl’s behavior is tied to much greater forces in the universe, and as the story unfolds, she must prevent destruction on a grand scale.”

"Pizza Underground" singer and actor Macaulay Culkin may have been James Franco before James Franco was James Franco. This is the description of his bizarre 2006 semi-autobiographical novel/memoir/book/thing, "Junior":

Meet Junior. He does not know how to write a book. (Except -- maybe -- for this one.) His therapist says he has issues with closure. (Granted, this book has seven endings.) This is not a novel. (Everything in it is entirely true -- except for the large portions that are completely fictional.) And finally, Junior has no issues with his father. (Nope, really, not a single one.)

In a dizzying kaleidoscope of words and images, Macaulay Culkin takes readers on a twisted tour to the darkest corners of his fertile imagination. Part memoir, part rant, part comedic tour de force, "Junior" is full of the hard-won wisdom of Culkin's quest to come to terms with the awesome pressures of childhood mega-stardom and family dysfunction. Searingly honest, brain-teasingly inventive, "Junior" is breathtaking proof that Culkin has found his own utterly original voice.

Everyone knows that "Chuck Norris doesn't read books. He stares at information until he gets what he wants," but he does write them -- and they are oh so very Chuck Norris-y. The "Walker, Texas Ranger" star and columnist often partners with Ken Abraham to write tales of patriotism. On "The Justice Riders":

From the gold and silver mines of California and Nevada to the wide open plains of Texas, the American West was a wild frontier in the 1870s where dangerous outlaws pursued devilish dreams of fortune. But there were other men of simple faith, unsung Civil War heroes who would adventure west bringing justice to places that had none. Those they called “The Justice Riders.” The debut novel by Chuck Norris and friends.