There's nothing hot or sexy in dying young 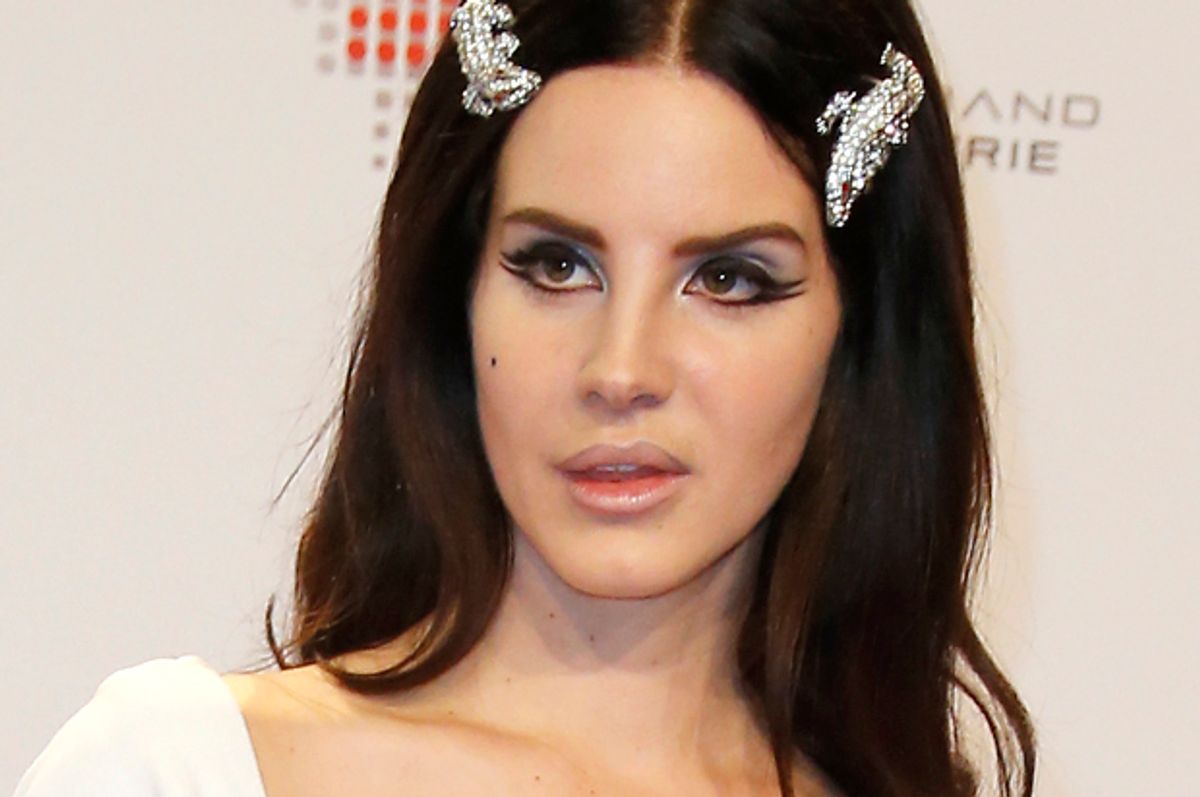 Frances Bean Cobain would like to remind you that dying young is not as glorious as it's cracked up to be. "The death of young musicians isn’t something to romanticize," Cobain says. The daughter of Kurt would know. And she definitely wants Lana Del Rey to know it too.

In a quickly notorious interview with the Guardian earlier this month, the robotic Ms. Del Rey  talked to Tim Jonze about the artists she respects – including Kurt Cobain, Amy Winehouse, Janis Joplin, Jimi Hendrix and Elvis Presley -- and the fact that they died relatively young. "I wish I was dead already," she said. "I do. I don't want to have to keep doing this." When he asked if she meant her music career or just being alive, she asserted, "Everything. That's just how I feel. If it wasn't that way, I wouldn't say it. I think I'd be scared if I knew it was happening or if I knew it was coming."

Del Rey has since backed off considerably from her comments, saying that the writer "was hiding sinister ambitions and angles. Maybe he's actually the boring one looking for something interesting to write about. His leading questions about death and persona were calculated." The Guardian soon retorted by releasing the audio clip of the exchange, which included the writer asking if she found those late idols glamorous and asking, "Is there a fantasy of dying young yourself?" but the content of her words and the rest of the conversation was as depicted in the story.

Yet it certainly isn't like Del Rey's the first person to be drawn to dead celebrities or the idea of dying young. Sid Vicious was allegedly fascinated with the idea of early death; Biggie Smalls named his albums "Ready to Die" and "Life After Death," and Tupac Shakur's lyrics include the line "I been shot and murdered, can tell you how it happened word for word." In 1981, 10 years after the singer's fatal last hit of heroin and five years before the girl who would grow up to become Lana Del Rey was born, Rolling Stone famously declared of Jim Morrison that "He's hot, he's sexy and he's dead." But in the story, RS astutely added that "Maybe if these kids saw Morrison today, they wouldn't be so certain all his activities were godlike. In death, he remains their ageless hero, the biggest of them all."

Over 30 years after those words were written, that allure with the forever young still holds. But an early grave is considerably less hot and sexy to those left behind – especially their children. Amy Winehouse and Jim Morrison died without becoming parents. But Jimi Hendrix had two children from previous relationships, neither of whom ever got to know him as a parent. And when he committed suicide in 1994, Kurt Cobain's daughter Frances was not yet 2 years old.

On Twitter Monday, Cobain took Del Rey to task for her comments, saying to her, "I'll never know my father because he died young & it becomes a desirable feat because ppl like u think it's 'cool.' Well, it's fucking not. Embrace life, because u only get one life. The ppl u mentioned wasted that life. Don't be 1 of those ppl." She later added, to clarify, "LanaDelRey ur too talented to waste it away…. I'm not attacking anyone. I have no animosity towards Lana, I was just trying to put things in perspective from personal experience."

All things considered, it was a pretty restrained statement, a declaration that a youthful idol was also a man so full of emotional pain he put a gun to his head and pulled the trigger. Del Rey replied with equal restraint Monday, tweeting, "It's all good. He was asking me a lot about your dad I said I liked him because he was talented not because he died young - the other half of what I said wasn't really related to the people he mentioned -- I don't find that part of music glam either." She didn't mention whether she still wishes she "was dead already," but at least she acknowledged that dying young may give an artist a durable music career but it's also not really the point. Thanks to Ms. Cobain, Del Rey, the woman whose musical milieu is artfully studied pain and darkness, got a little glimpse into what real loss looks like. And all of us got a frank reminder that dying young isn't an achievement, and that the face on a T-shirt was someone's father.