tUnE-yArDs: Without an open Internet I couldn't have become a musician

Merrill Garbus, the voice behind tUnE-yArDs talks about musical inspirations and the importance of net neutrality 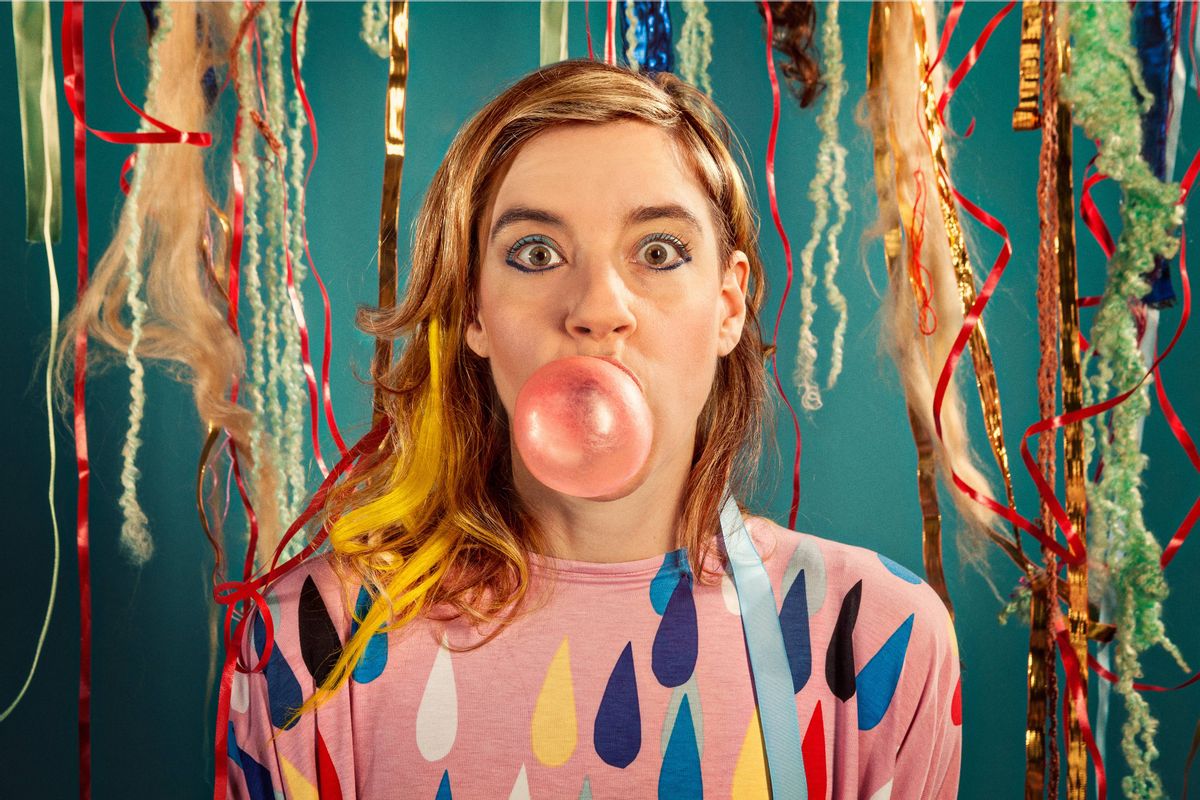 "I have a deep fear of being homogenized and easily swallowed," said Merrill Garbus in an early Ink19 interview. Garbus is the frontwoman, and musical brains, of the band tUnE-yArDs. And this quote was from back in May of 2009, following the release of tUnE-yArDs' debut album BiRd BrAiNs.

Three albums into tUnE-yArDs, Garbus still makes her own unique brand of music. Her music is far from standardized, but that makes it all the more exciting to devour. It is upbeat and dark, an amalgam of beats and a stunning range of vocal notes. It has hints of synthesizer and drum machine, with notes of floating ukelele. The sound is so bursting with energy, it is hard to believe that the band consists of only Garbus and electric bassist Nate Brenner.

"Nikki Nack," which was released in May, is no exception. On the first listen, the album is dance-worthy, but once you dig into "Nikki Nack" the lyrics reveal themselves to be much deeper, and at times devastating.

Salon spoke to Garbus about her process, inspirations and the importance of an open Internet. This interview has been edited and condensed for clarity.

I saw you at Coachella two or three years ago. It was such an energetic performance. What’s that like getting yourself ready for tour?

Someone else was asking me that. It’s taken a little bit of time getting back into because it’s been a long time, probably the longest of being away from the stage. It’s been really interesting, but I think the performance is always there. In touring, there’s something about the risk with the looping pedal …  Everything can just go to shit really fast. There’s something really dynamic and exciting about that. But I am having to kind of psyche myself up again and say, “You know how to do this! Cool.” Because there’s a part of me that's like, “Shit, man! I’m rusty." Or, "I forget how to do this.” It never ceases to amaze me that it all comes together somehow. And we have the privilege of having a really dedicated audience and that is not lost on me.

What is your album creation process? Is it something that you feel compelled to do or do you have to make a schedule?

No, I definitely have to tell myself to go do it. This time it was very ... I don't know. To me there’s a kind of misery that comes with being an artist and having to get yourself to the studio. That process has really driven me crazy for a long time. I think out of fear – the fear that I’m never going to do it, I’m never actually going to finish, and may never even start, let alone finish. And I think that has been rather terrifying to me.

It's not a lyrics- or music-first thing. This time I started with a lot of tiny, different pieces of ideas. "No Water in the Water Fountain" just came out as melody and lyrics at the same time. And I’ll follow the idea through after that and see where it wants to go. So this time has been the most time I’ve spent diligently going to the studio, five days a week, and diligently taking drum lessons and dance lessons -- or dance classes, I guess is a more appropriate term. This is the time when I had the most time at home and was focused and wasn’t writing on the road, which I did a lot with the last album.

On "Nikki Nack" the songs are very fun and dance-oriented, but when you actually listen hard to lyrics, sometimes they’re kind of dark or political. What kinds of stories are you telling, are they personal?

I don’t know. No and yes to both. I mean, it’s all coming from my experience somehow. But no, they’re not all from a perspective. I think that "Water Fountain" has perhaps the most direct conversational tone, I think that's fair to say. And even that one goes different places. At a certain point I think all of the songs take a turn towards the more onomatopoetic -- if that’s a word -- style. They give over to the sound of words, which is where I tend to go. I don’t know if that answers the question. But it’s not as simple as being autobiographical, but certainly it’s all coming from that personal experience with the world.

With some of these songs this sensation hits you, where there's a really great duality of, “This is fun, but also really intense.”

Speaking of what you really love, are there any artists that you are either listening to right now or that you take inspiration from?

That’s a really good question. Because I don’t really listen to that much music. It sounds so funny to say, but it’s the truth. First of all, I listen to a lot of older music. I listen to the band Dur-Dur. They’re a band from Somalia in the '80s, maybe '90s. And Selda, the Turkish singer form the '70s. There are plenty of inspirations, but I kind of go back to the past for inspiration and see where these people had perspectives, and had insights, and groundbreaking ideas that people saw and caught on to, or are just catching on to. Lately there’s an amount of really amazing production like James Blake. He was someone who kind of passed me by, or I saw him once and I was like, “I don’t like this.” But then with his last album, I was like, "Oh I really like this. I understand a little bit more of what he’s doing." M.I.A. has also been an inspiration to me in being badass. Erykah Badu. There are a few.

I’ve seen you with the ukulele and the drums, and your voice is so incredible that it seems like an instrument in itself. How did your sound evolve?

I get into different phases, I guess. So with my voice, I’m always using it is different ways or discovering different things about it. On the visual-artist side, they begin as painters then discover printmaking, then they discover sculpture, then they discover film. That there’s some kind of fluidity throughout that medium feels good at any point. So at the beginning of tUnE-yArDs, the ukulele felt right and that lent itself to certain types of songs that I was writing. And then the looping pedals became the next tool. And on this album I really wanted to escape a lot of things that I’ve done before, so I went towards synthesizers and drum machines. For me it is an intuitive thing of what feels right at any point.

What inspired you to take dance lessons, and how did that play into making the album?

I really just wanted to move my body. I think I’ve always loved dance and I think I just wanted to get in shape after being on the road after however many years. And I just have found it so rewarding to do something that’s not music or necessarily intellectual. So I ended up going to a Haitian dance class because a friend of mine was drumming for it. And that led to a lot of what this album became. I ended up studying Haitian drumming, and studying the dancing with the drumming was very rewarding and wonderful. And that led to me performing with Rara Tou Limen, learning the songs, and learning Creole a little bit. So became a large part of the process for me.

There’s no way that if the Internet wasn’t the way it was and free that I would be a musician making a living off of music. My record label A&R person discovered me on MySpace.

So I was able to give my first album away, and make way more money than I thought I could ever make because people were discovering the music and downloading the album. So, in other words, if the Internet were not accessible to me in that way, as someone who was dumpster diving in Montreal and technically not allowed to make any money in Canada, everything that started up there was all free. So I think it is my job as a musician who now has a little bit of platform to say, “I remember when this totally affected my way to get the music out to the world.” People need to hear that perspective when we talk about what's going to happen with the Internet.