How to earn permanent banishment from the Memphis Zoo 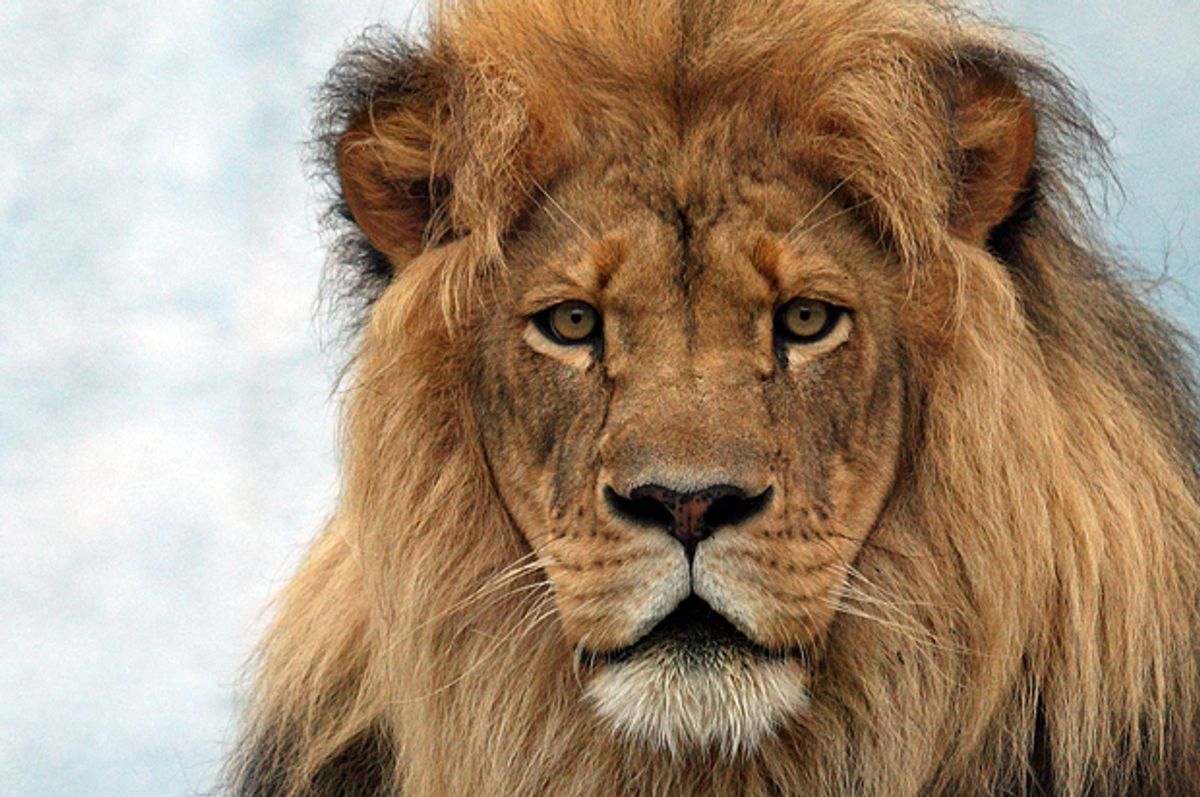 There are many things we human beings have to be taught not to do. We have to learn not to go into misogyny-riddled comments threads and not to drunk-text ex-lovers and not to order the sushi at Midwestern airport restaurants and not to exchange work for the promise of "great exposure." (I may or may not have done all these things. I have. Anyway.) But on the list of actions that really ought to come deeply encoded into our genetic material, of knowledge so primal we can feel it reaching back into the memory of before we as a species learned to walk upright, Don't Feed the Lions has got to be right up there. Yet one woman has earned herself a quick and eternal banishment from the Memphis Zoo for breaching a barrier to do just that.

Zoo spokesperson Abbey Dane says that the woman was first spotted "throwing objects into the lion exhibit" last week and was asked to leave then. In the latest incident, however, she jumped a fence to sing "some song that was telling how much she missed them" and attempted to feed the animals cookies. Patrons called the zoo's help hotline, and she was ejected again – this time permanently. A witness told WMC Action News, "I've never seen someone singing to a lion. It was really loud." Zoo officials said her behavior was potentially dangerous not just to herself but the animals.

The woman has not been identified, nor does the local news report whether she was evaluated for any possible mental health issues. But the attention the story is quickly garnering proves that there's a strange fascination with tales of individuals going ahead and doing things that seem impossibly wrong – of apparently defying all instinct and common sense. When all the parts of the brain say, "Don't go there," and then someone does, it's just always going to be news. Fortunately, no humans or lions were hurt in the escapade. And student stuck in the vagina sculpture, congratulations, you have now been toppled as winner of this week's International Worst Place to Get Caught competition.