Thad Cochran was left for dead a few weeks ago. Did African-Americans bail him out? And if so, how will he respond? 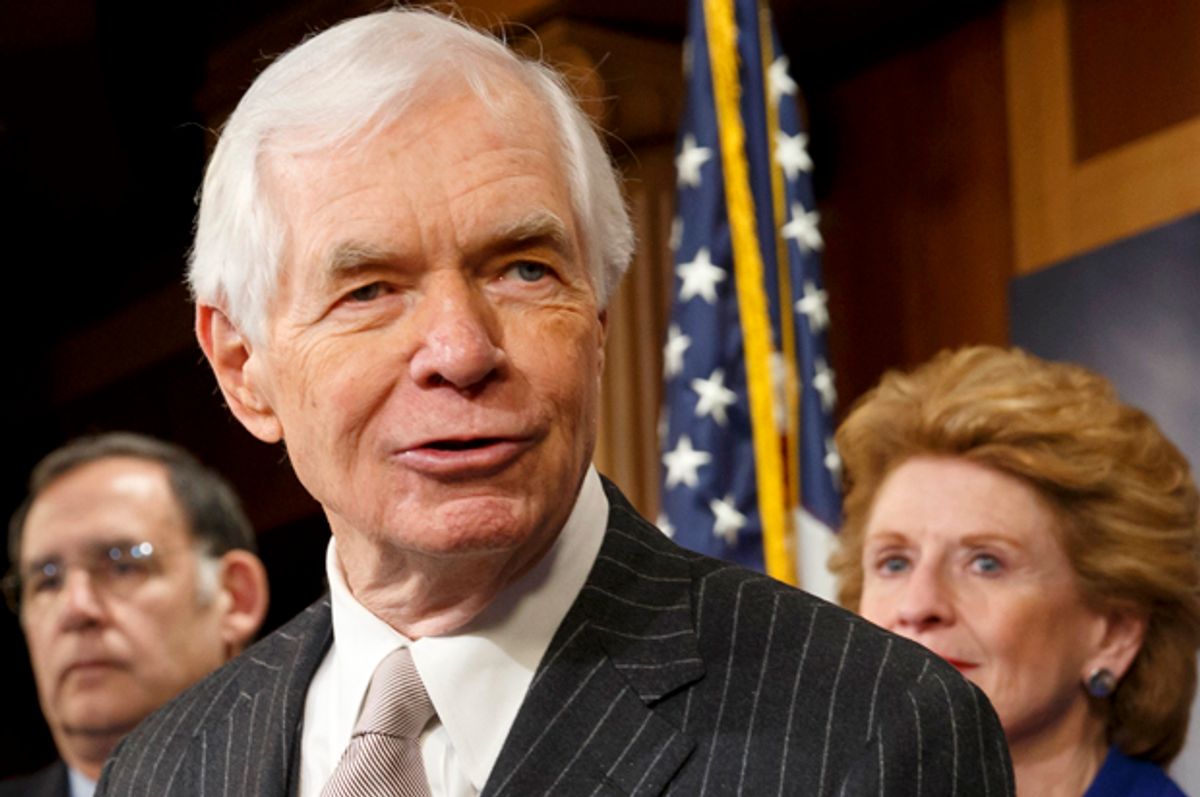 After months of nasty, bizarre and indictment-filled campaigning, Mississippi's incredible Senate primary is over: And 76-year-old incumbent Sen. Thad Cochran, the establishment candidate -- and yes, this was a a real Tea Party vs. Establishment race -- has snagged a runoff victory over challenger Chris McDaniel by a few thousand votes. Wow.

As with Eric Cantor's defeat in VA-07 earlier this month, there were few polls, and those polls were mostly wrong. Going into Tuesday, McDaniel led the Real Clear Politics polling average by 6 percentage points. That matched the conventional wisdom as the runoff began three weeks ago: McDaniel's supporters would be more passionate and more likely to turn out to vote a second time. After McDaniel won narrowly -- but not with a majority -- on June 3, there was a lot of pressure within the party for Cochran's backers at the Chamber of Commerce, the NRSC and the Mississippi delegation to simply send Old Thad off to pasture for fear of tarnishing McDaniel too much ahead of the general election.

The Cochran team may have toned down its attacks on McDaniel on the air, but it plotted out a rare ground game strategy (for Republicans, at least) to close the gap: courting African-American voters, who make up a large percentage of the population in Mississippi but tend to vote 90 percent+ for Democratic candidates. In Mississippi there are open primaries, so any citizen who didn't vote in the June 3 Democratic primary was eligible to vote in the runoff. For African-Americans and other Mississippi Democrats, McDaniel would have been the more vulnerable Republican candidate in the fall, but let's face it: It's more likely than not that any Republican would win a statewide race in a Mississippi general election. Why not let it be Cochran, who has seniority and a record of steering federal dollars to Mississippi, instead of McDaniel, who runs on a campaign to end said "spending"?

There was some doubt about whether the Cochran campaign's black voter strategy would work. Why should a Republican senator expect any help from a constituency his party ignores? But according to county returns it appears that the strategy may have helped make the difference:

There may be other factors leading to Cochran's comeback: Perhaps passive Republican voters who've liked Cochran as their senator over the past 36 years woke up after seeing the results of the June 3 race and decided to show up Tuesday. Still, it's hard to believe that the national Tea Party's much publicized (by them!) effort to send "poll watchers" to mostly African-American voting places, on the 50th anniversary of Freedom Summer, didn't provoke a backlash.

This is a major blow to national Tea Party groups like the Senate Conservatives Fund, Tea Party Patriots and the Club for Growth, who still haven't picked off an incumbent senator this cycle. Outside groups staked their reputations on this race and put in an astounding $7.3 million to boost McDaniel -- far more than McDaniel's own campaign raised.

We're hardly saying the "Tea Party" itself is dead. Most GOP candidates have fully internalized right-wing Tea Party policy dogma by this point, and whatever debates remain are largely over tactics and timing. But, as we wrote yesterday, this seems to make the national Tea Party organizations -- call it the Tea Party Establishment -- much less frightening vehicles.

There will be a much more to digest from this race. What's absolutely certain is that conservatives will be enraged about the GOP establishment collaborating with black voters to "steal" a race. It's going to be ... something. (McDaniel himself is being a total baby and refusing to concede the race.)

But one thing that's important for Thad Cochran to consider, right now: It looks like African-Americans may have bailed you out after you came begging at the last minute. How do you intend to repay the debt?