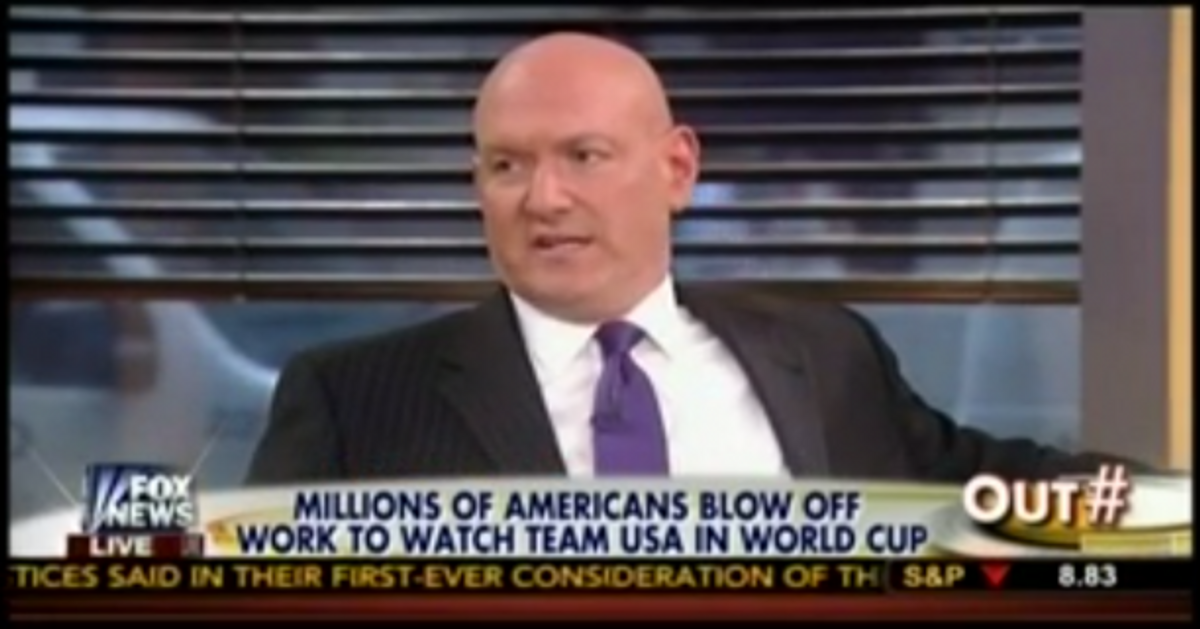 Much to Ann Coulter's chagrin, millions of Americans are tuning in this year to watch their team compete in the World Cup.

But while these patriotic soccer fans may think they're doing little more than supporting their team and having a rare communal moment of solidarity, one recurring guest of Fox News says the truth behind the U.S.'s World Cup enthusiasm is actually rather sinister.

After "Outnumbered" co-host Kimberly Guilfoyle admitted she, too, was wrapped up in World Cup enthusiasm, Fox News' in-house psychoanalyst Keith Ablow cut in to argue that the Obama administration was using the World Cup in order to distract from its many failures and scandals, copying a propaganda trick with roots stretching all the way back to the Roman Empire.

"At a time when there’s so many national issues and international issues of such prominence, I am a little suspicious of yet another bread and circus routine," Ablow intoned.

Imagining the secret meetings among White House string-pullers, Ablow pretended to be an administration official laying out her scheme: "Let’s roll out the marijuana, pull back the laws and get people more crazy about yet another entertainment event."

But Ablow isn't so easily fooled. "This is to distract people. This is like Rome," he said. "I can see why Obama would love the World Cup.”

Ablow's argument may sound, at first, more than a little paranoid and bizarre. But before you dismiss the good doctor so quickly, keep in mind that this damning photo was widely shared on Twitter during the U.S.'s game against Germany on Thursday:

You can watch Ablow blow this whole thing wide open below, via Media Matters: