Jenny McCarthy and Sherri Shepherd are leaving. Why not just put the show out of its misery? 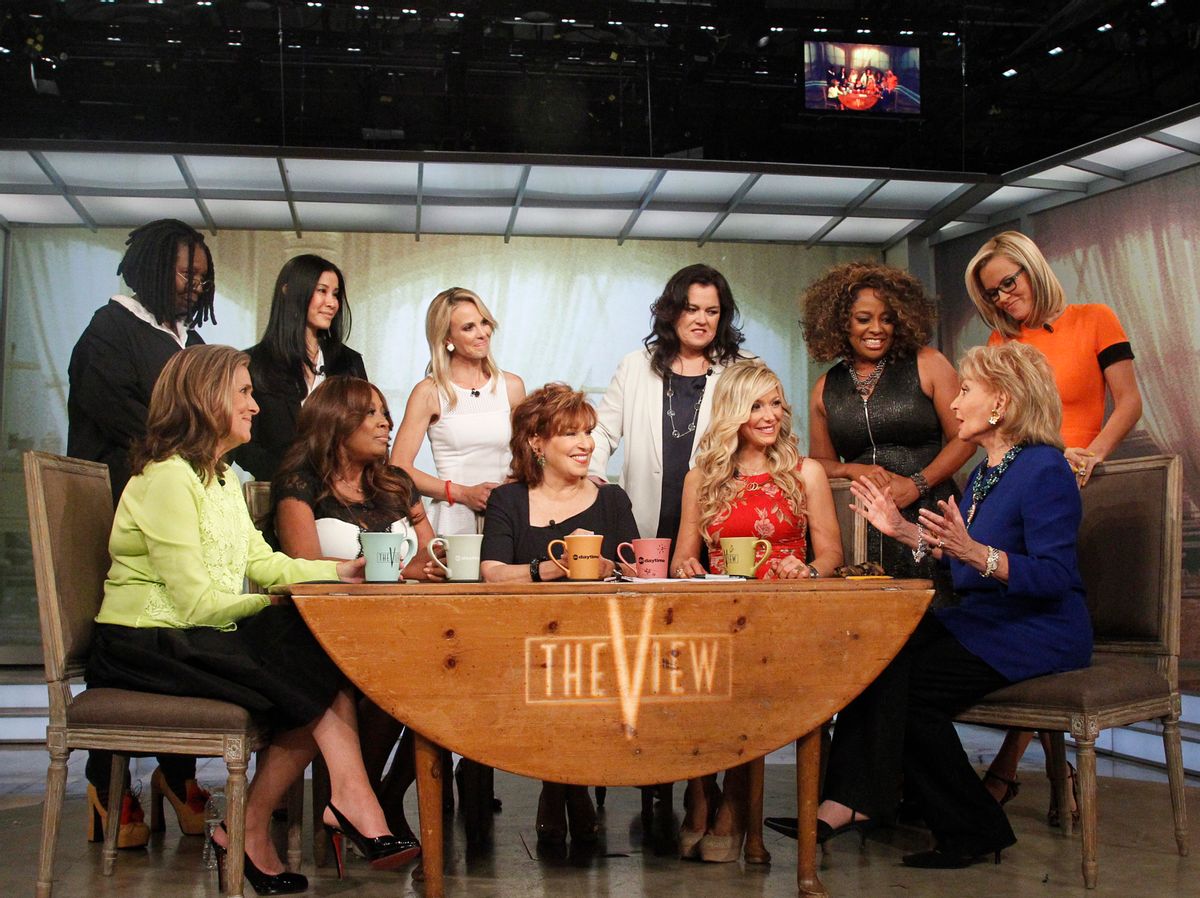 "The View" is secretly one of the most important political series of the 2000s, one that, at its peak, put forceful opposing opinions about the biggest issues of the day in front of viewers. The famous Rosie O'Donnell-Elisabeth Hasselbeck fight that prompted O'Donnell's departure was about civilian casualties in the Iraq War -- and the fact that neither O'Donnell nor Hasselbeck argued her case particularly clearly was part of the personality of the show.

The show's hosts discussed hot-button issues, and interviewed politicians, in a strikingly colloquial manner, one that seemed to update the genteel chumminess of executive producer Barbara Walters for a trashier age. But the just-announced apparent firing of two of the show's three remaining cast members isn't the only sign that this is the end of an era for "The View" -- the show long ago lost what made it worth watching. And now Sherri Shepherd and Jenny McCarthy will no longer host its new season.

Shepherd was often an asset to the show. She came in for criticism in her first season for saying she didn't know whether the world was round or flat, and though that was indeed pretty bad, it summarized just how perfectly Shepherd embodied the low-information voter. She wanted to learn, at least, whether the world was round, and was eager to jump into political debates even though she was hazy on the facts. It wasn't C-SPAN, but it wasn't intended to be: Shepherd was a valuable litmus test for where, exactly, whatever section of Americans could still be described as "swing voters" lie.

That was, of course, before conservative Hasselbeck and liberal Joy Behar departed the series; since then, the show has been overtaken by the flat celebrity gossip that had always been a part of its formula. McCarthy encapsulates the show's major problem over the past year: Though many had worried the vaccine-truther would use the show to spread pseudoscience, she's too vain a self-styled superstar to take a real risk on-air. She creamily expresses absolutely no opinion at all, and the show, moderated by Whoopi Goldberg (who straightforwardly just wants a check), sinks to her level -- who on this show is going to initiate a serious-minded debate over ISIS? "The View" was never amazing TV, but it brought well-intended political debates to an underserved audience, and at its best it allowed viewers to better understand just what unpolished personalities from outside the punditocracy were thinking.

The show could, perhaps, rebound, if the right folks are hired -- though the names getting floated are unpromising, not least because they're men. (That one of them is the sunny and uncritical "Ross the Intern," an entertainment personality whose shtick is entirely how much fun all celebrities are, is even more unpromising.) The very point of "The View" has been to present real women's opinions on the issues of the day, and it's already become a show about women holding back opinions, if they in fact have any at all, and sticking to sunny, easy topics. Why not turn it into a coed celebration of our favorite celebrities -- or just cancel it, given that the show had already migrated so far from its putative mission even before Shepherd and McCarthy departed?