“Well, if you want experts on wrongness, you want Fox Business” 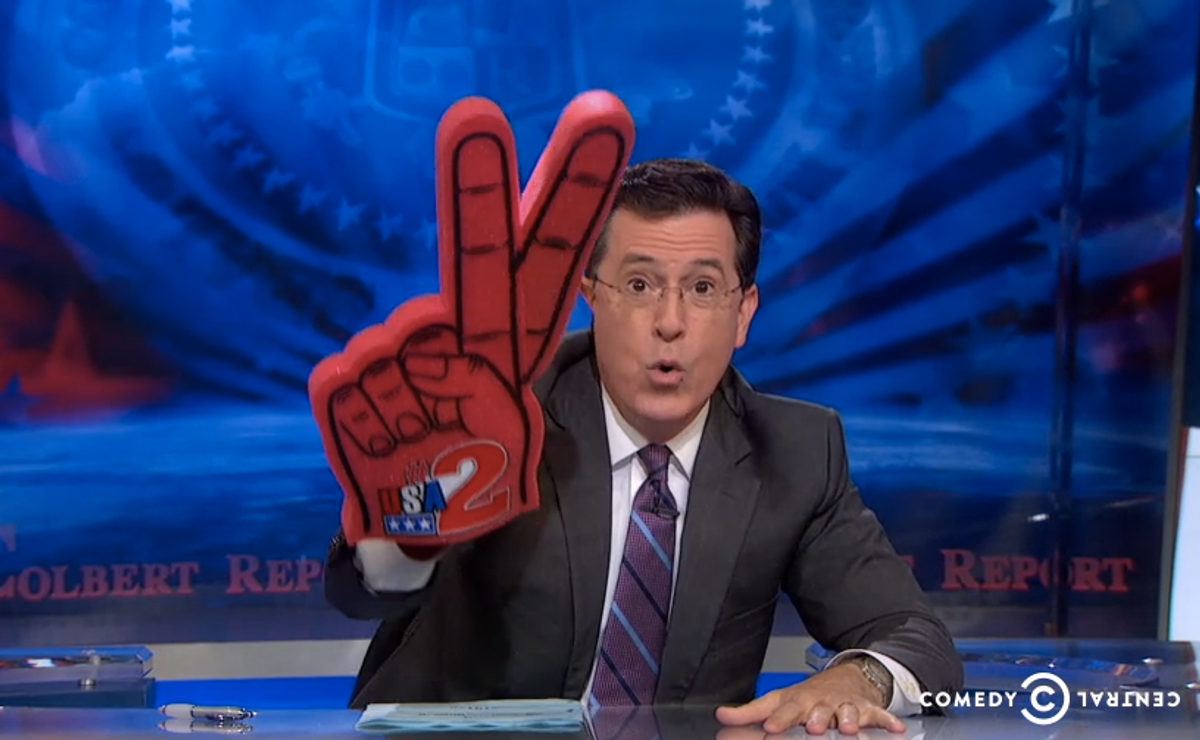 The issue at hand? The World Cup.

Colbert began his segment cheering on the U.S. team's loss to Germany but advance to the next round. "We're No. 2! We're No. 2!" Colbert and the crowd chanted.

"Like you, I’ve been bitten hard by the soccer bug — also known as Luis Suarez," Colbert said, explaining that a record 25 million Americans watched the USA vs. Portugal match on Sunday.

But why are Americans suddenly so into soccer? Well, that's where things start to look a little fishy to the folks at Fox Business.

“Why are we seeing soccer suddenly skyrocket?” Ablow queried. “Why are we so ready to be entertained?”

“I’ll tell you why,” Stuart Varney said. “It’s because the news background about our country, our economy, our standing in the world, is overwhelmingly negative. It is awful. We’re approaching a recession, we’ve lost in Iraq, we’re downgraded the world over. We don’t want any part of that. We want to escape. So here’s the World Cup: How convenient?”

For Ablow, it is a little too convenient. He believes this is all a ruse to get everyone high and entertained. Watch below: