Red Cross: How we spent Sandy money is a "trade secret" 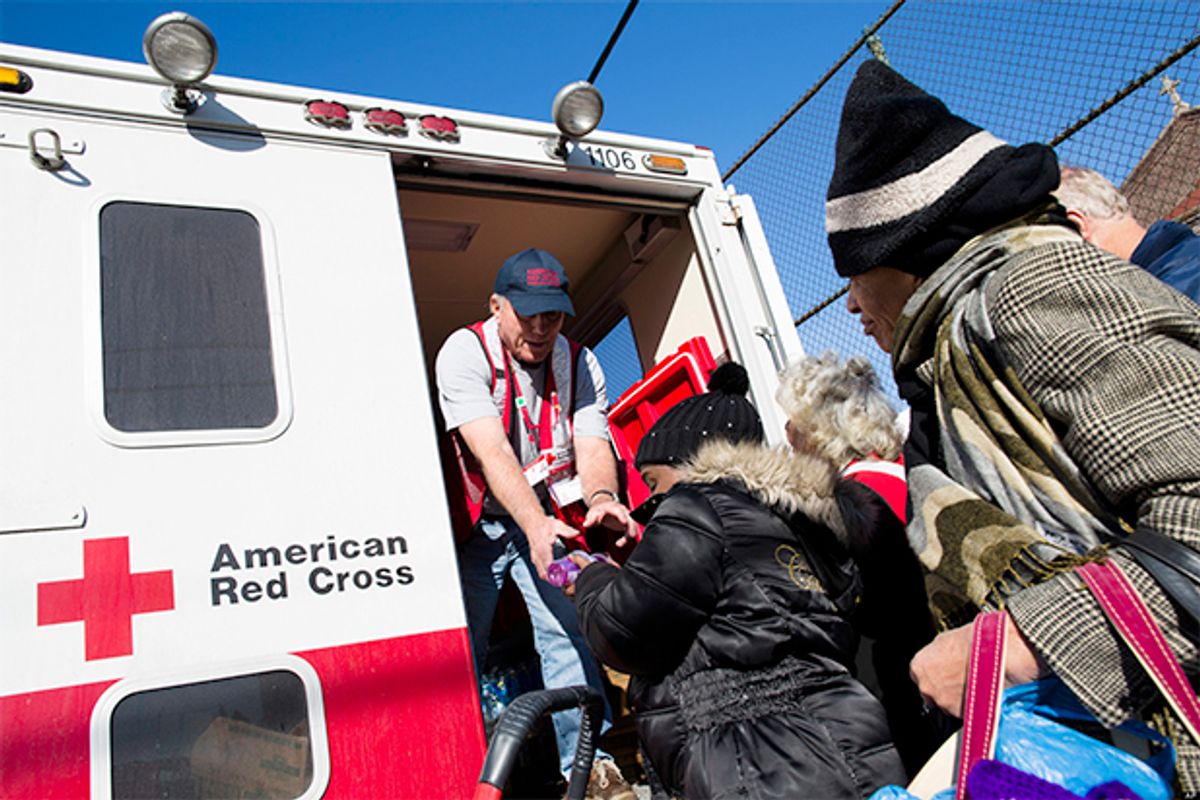 A member of the Red Cross distributes food to residents of Coney Island affected by Superstorm Sandy, Nov. 9, 2012. (AP/John Minchillo)
--

Just how badly does the American Red Cross want to keep secret how it raised and spent over $300 million after Hurricane Sandy?

The charity has hired a fancy law firm to fight a public request we filed with New York state, arguing that information about its Sandy activities is a "trade secret."

The Red Cross' "trade secret" argument has persuaded the state to redact some material, though it's not clear yet how much since the documents haven't yet been released.

As we've reported, the Red Cross releases few details about how it spends money after big disasters. That makes it difficult to figure out whether donor dollars are well spent.

The Red Cross did give some information about Sandy spending to New York Attorney General Eric Schneiderman, who had been investigating the charity. But the Red Cross declined our request to disclose the details.

So we filed a public records request for the information the Red Cross provided to the attorney general's office.

That's where the law firm Gibson Dunn comes in.

An attorney from the firm's New York office appealed to the attorney general to block disclosure of some of the Sandy information, citing the state Freedom of Information Law's trade secret exemption.

The documents include "internal and proprietary methodology and procedures for fundraising, confidential information about its internal operations, and confidential financial information," wrote Gabrielle Levin of Gibson Dunn in a letter to the attorney general's office.

The letter doesn't specify who the Red Cross' "competitors" are.

The Red Cross is a public charity and occupies a unique place responding to disasters alongside the federal government.

Among the sections of the documents the Red Cross wanted redacted was "a two-line title" at the top of a page, one line of which was "American Red Cross."

The attorney general's office denied that redaction, writing that it "can not find disclosure of this two line title will cause the Red Cross any economic injury."

Asked about the effort to have Sandy materials kept secret, Red Cross spokeswoman Anne Marie Borrego told ProPublica: "We sought to keep confidential a small part of the letter [sent to the AG] that provided proprietary information important to maintaining our ability to raise funds and fulfill our mission."

Doug White, a nonprofit expert who directs the fundraising management program at Columbia University, said that it's possible for nonprofits to have trade interests — the logo of a university, for example — but it's not clear what a "trade secret" would be in the case of the Red Cross. He called the lawyer's letter an apparent "delaying tactic."

"Invoking a 'trade secret' exemption is not something you would expect from an organization that purports to be 'transparent and accountable.'"

In agreeing to withhold some details, the attorney general's office found that portions of the documents the charity wanted to redact "describe business strategies, internal operational procedures and decisions, and the internal deliberations and decision-making processes that affect fundraising and the allocation of donations."

The attorney general's office also found "that this information is proprietary and constitutes trade secrets, and that its disclosure would cause the Red Cross economic injury and put the Red Cross at an economic disadvantage."

Another section the Red Cross wanted redacted was a paragraph that noted the charity's "willingness to meet with the [Office of the Attorney General.]" The attorney general's office denied that part of the request

Borrego, the Red Cross spokeswoman, declined to say how much the charity is paying Gibson Dunn but said, "we do not use funds restricted to Superstorm Sandy to cover those expenses."

We'll let you know when we get the documents we asked for — at least the parts that aren't trade secrets.