"Today" picks at Pippa Middleton's appearance in a strange segment 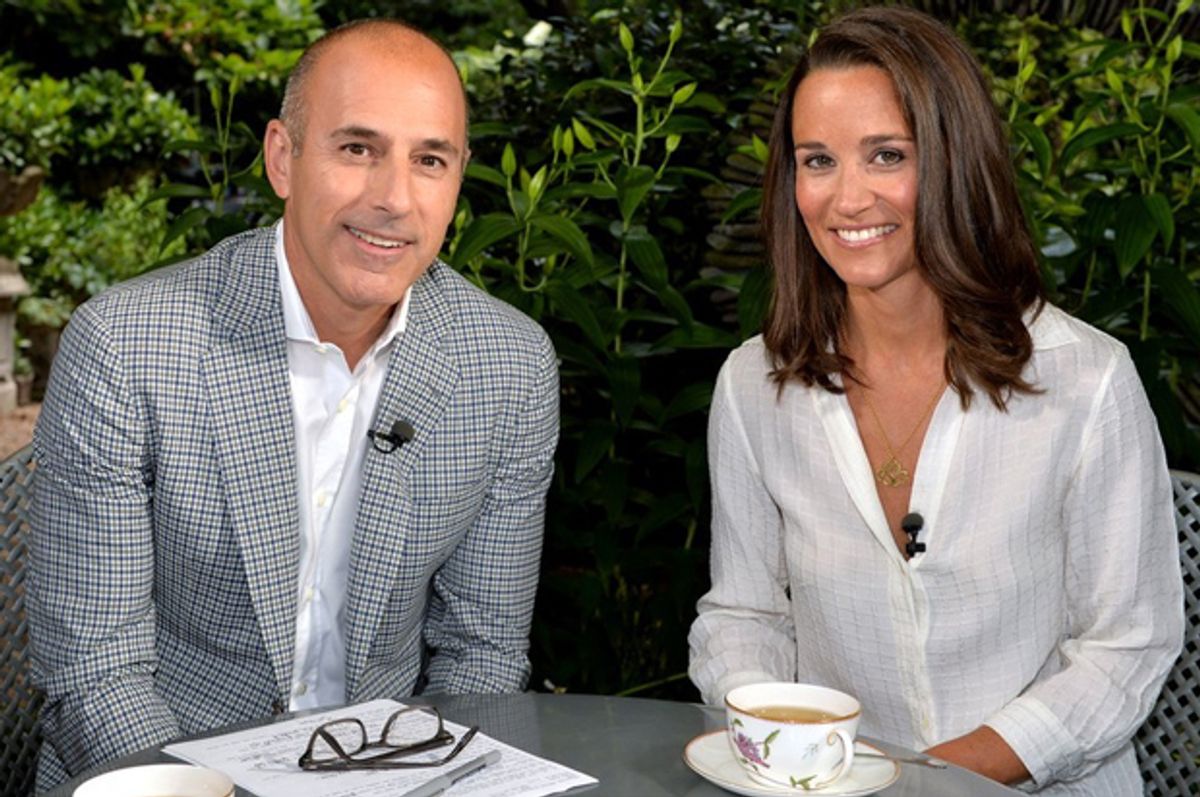 He's done it again! Matt Lauer has a long history of being creepy with women in the public eye -- consider his 2012 interview with Anne Hathaway, which he opened by snidely referring to her being ambushed by photographers who took pictures of her genitals. Narrating the opening to an interview segment with Pippa Middleton, Lauer referred slyly to the royal in-law's rear end: "Soon, everyone in the world wanted to know -- who was this beautiful woman in the very flattering dress?"

It is, indeed, true that Middleton's "beauty" and "flattering dress" were the subject of some pretty crass objectification, back in 2011, when the wedding of Kate Middleton to Prince William took place. If it's the case, though, that so little has happened in the life of Middleton since then that the way her clothes fit her at a wedding is still coming up -- over and over in a six-minute segment -- maybe she's not an ideal guest?

Lauer asks Middleton strange, insinuating questions, as though she ought to be proud that people all over the world leered at her for wearing a dress at her sister's wedding -- and in response to her claim that the dress is insignificant, he intones, "Insignificant? Hardly!" Middleton is trying to talk about her charity endeavors (which are made possible by her fame, but at least she's trying), and Lauer can't get over the fact that one time, she wore a dress that made her butt look nice. He keeps framing it as a discussion about the dress -- which he calls "one of the most talked-about dresses in the world" -- which is at least nicer than openly admitting he's asking her, again and again, about her rear end.

There's frankly not much interesting about Middleton, whose entire claim to fame is that she was among the most prominently featured guests at a televised wedding from three years ago. And she seems poised in her "Today" interview, recounting her experience of a wedding that wasn't even that interesting at the time. It's hard to imagine any soft, sunny morning news show saying no to Middleton, but an interviewer less overtly creepy than Lauer would probably have done a better job of hiding the fact that all the show really wants is for Middleton to stand up and turn around.