Melting Antarctic ice could spell doom for the emperor penguin 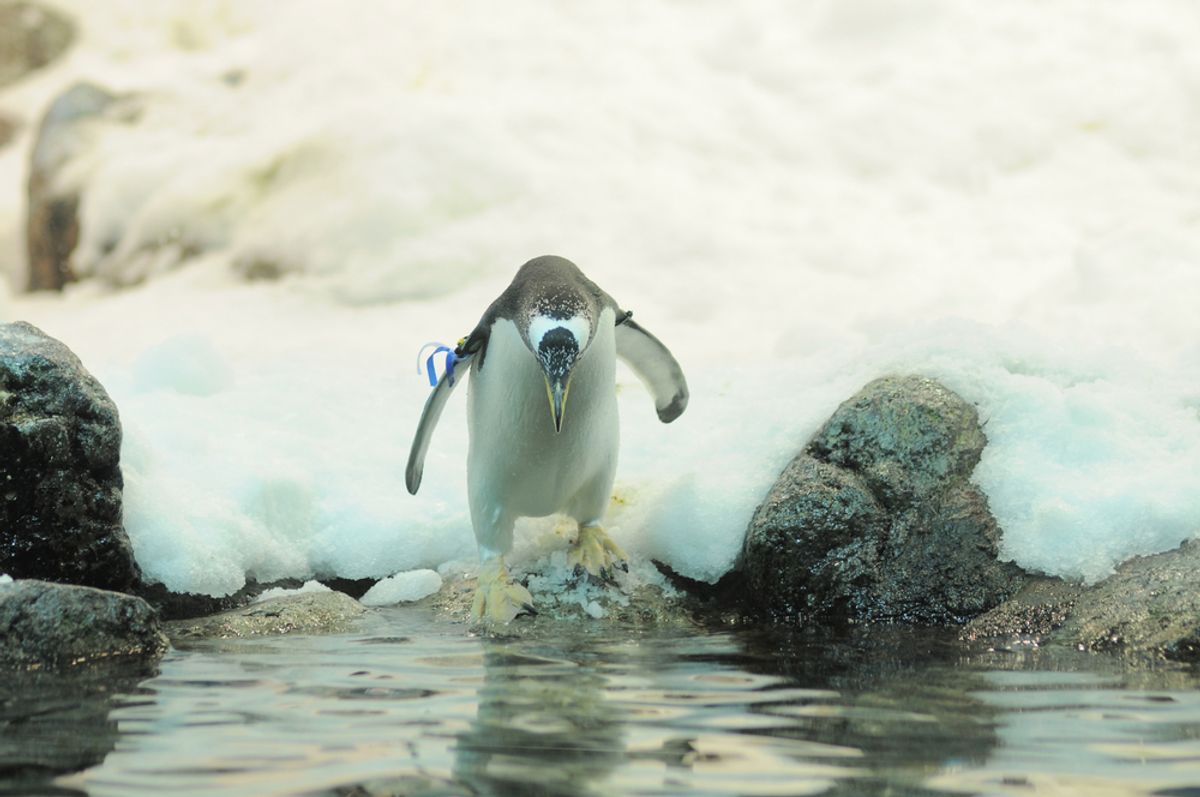 Melting Antarctic ice is fast-tracking the emperor penguin toward extinction, researchers warn. As their habit disappears beneath their little penguin feet, the entire population could drop by as much as a third by 2100 -- making a strong case, according to a new report in the journal Nature Climate Change, for adding them to international endangered species lists.

It's a bit of a controversial proposition, the Guardian explains, because in the very short term, the emperor penguin population may see a slight boost. But barring aggressive measures taken to mitigate climate change (and in some cases, regardless of that), the sea ice is going to keep melting. That brief respite will therefore likely be followed by a trend of rapid decline, thus justifying the need to create protected areas as soon as possible:

The loss of sea ice is reducing the supply of krill, the tiny shrimp-like crustaceans that populate the Southern Ocean, and are the emperor penguins’ main food source. Young krill feed off of algae living in the sea ice. When the ice goes, so do the krill.

Changes in the ice around Antarctica may - in the short term - boost some of the emperor penguin populations, especially along the Ross Sea, the researchers said. Sea ice off the western coast of Antarctica has been on the increase, because of break-up of glaciers and winds.

But by 2100, all 45 known emperor penguin colonies of Antarctica will be on the decline because of loss of sea ice. Those located on the coasts of the eastern Weddell Sea and the western Indian Ocean will show the sharpest drops. Nine colonies are projected to be “quasi-extinct”, the researchers said.

“Given this new research, and what we already know about global temperatures warming and the changing climate, one of the things we should do immediately is put a marine reserve in place so we can make sure that we are not fishing in areas where the penguins need to forage for food,” commented Andrea Kavanagh, director of global penguin conservation for the Pew Charitable Trusts. “It is one way of eliminating one more threat to the penguins.”