After a trans woman was denied entry to a fitting room, it's time to make bra shopping less terrible overall 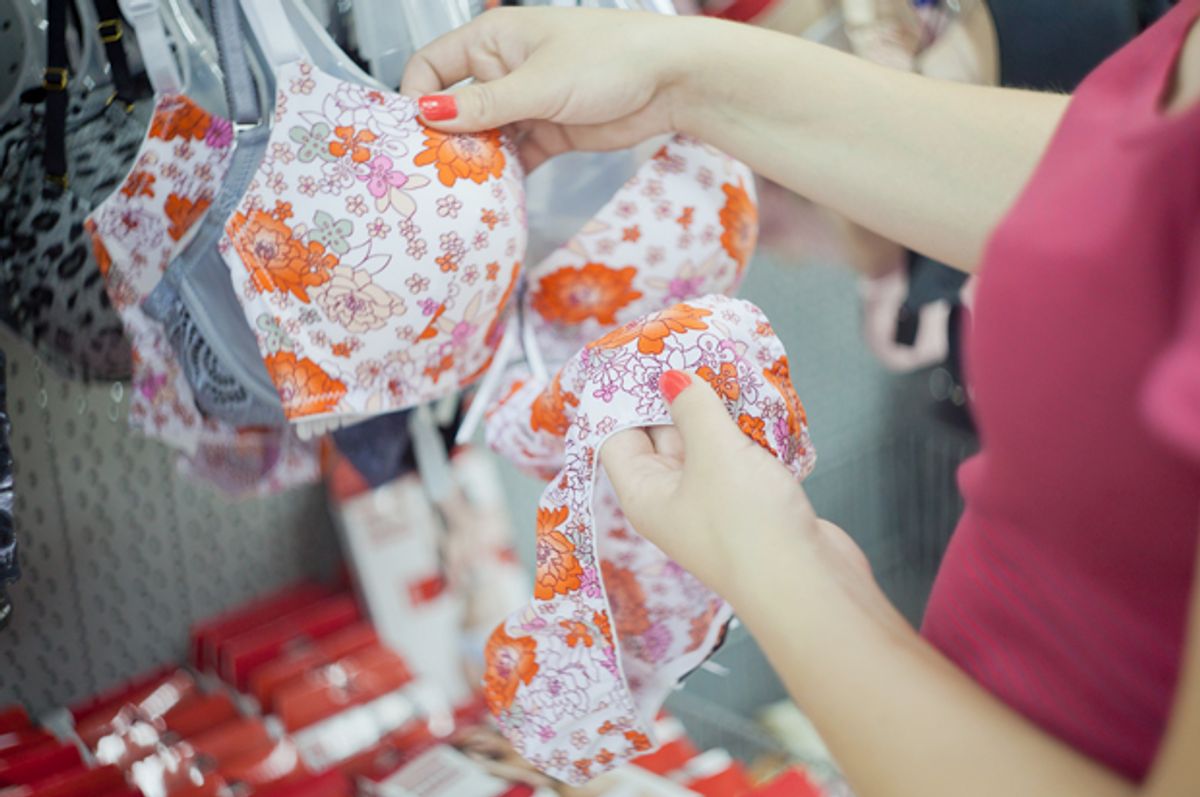 Kylie Jack, a trans woman, recently went bra shopping at Austin, Texas, intimate apparel store Petticoat Fair -- then posted on her Facebook page that an employee had “humiliated” her by asking for “ID that stated she was female.” The employee then told Jack she “needed bottom surgery in order to get a fitting.”

Petticoat Fair’s owner, Kirk Andrews, posted an apology — and has since met with Jack — but as Jezebel’s Kat Callahan points out, the apology, even with its sincere undertones, is riddled with backward language. First, there’s some suggestion that allowing trans women into the dressing room poses a “delicate challenge” because of impostors, namely men who might be posing as trans women. I have never seen a man force his way into a dressing room — in fact, crime blotters tell us that the creepy surveillance teams behind the cameras actually pose more of a threat.

For most women, bra shopping is about two Kevin Bacons away from bra shaming. Unless it’s for delicate, lacy lingerie that isn’t meant for daily wearing, bra shopping is certainly not an activity many women — trans or cis -- actually enjoy. A survey of 10,000 women by the Swiss lingerie company Triumph found that 64 percent of women are wearing the wrong bra size. And 29 percent of women know they’re wearing the wrong size — and still do nothing about it, even though they admit that uncomfortable bras sometimes ruin their day. You stand in front of a full-length mirror with glaring fluorescent lights above you. A body-negative inner monologue erupts: “I just had a baby. I’ve never been big enough. I’ve never been small enough. I hate my breasts. I hate my belly. I just had surgery.” And then there's the awkwardness of dealing with the lingerie fitter, no matter how well-intentioned. You wait as she places endless bras against your chest to measure your cup size. She feels for side boob, for the waterfall of breast that may escape through the top. You might go through 10 bras until one feels right. All this is why it's particularly sad when stories like this one make news: about the Victoria's Secret employee who wrote a Craigslist post making fun of the "fat girls" who try on bras in the store.

When I was 15 and my breasts popped to an almost DD, I'd strap them to my chest with leotards. Because when you're that large, you don't even bother asking for a proper fitting. You desperately cram your breasts into a C even if they're floating out from the top. I slouched my shoulders to disguise my enormous breasts and destroyed my lower back in the process. Even after a breast reduction at 23, bra-shopping shame trailed me. For years, I wore a sports bra just to avoid explaining to an avid bra fitter that I had no idea what size I was. I’m hardly any better now. I buy bras at the Gap online because the in-store bra shopping process is so anxiety-producing. (OK. I think it’s time to get fitted.)

For a trans woman, the first time she buys a bra should be an exciting moment in womanhood, a small but important ritual of female life. Maybe if we all viewed bra shopping in this celebratory way, we could take the shame out of it for good. We could certainly use the support.