Why mosquitoes bite some people and not others

Science explains one of life's great mysteries. Plus! A natural remedy to keep you insect-free all summer 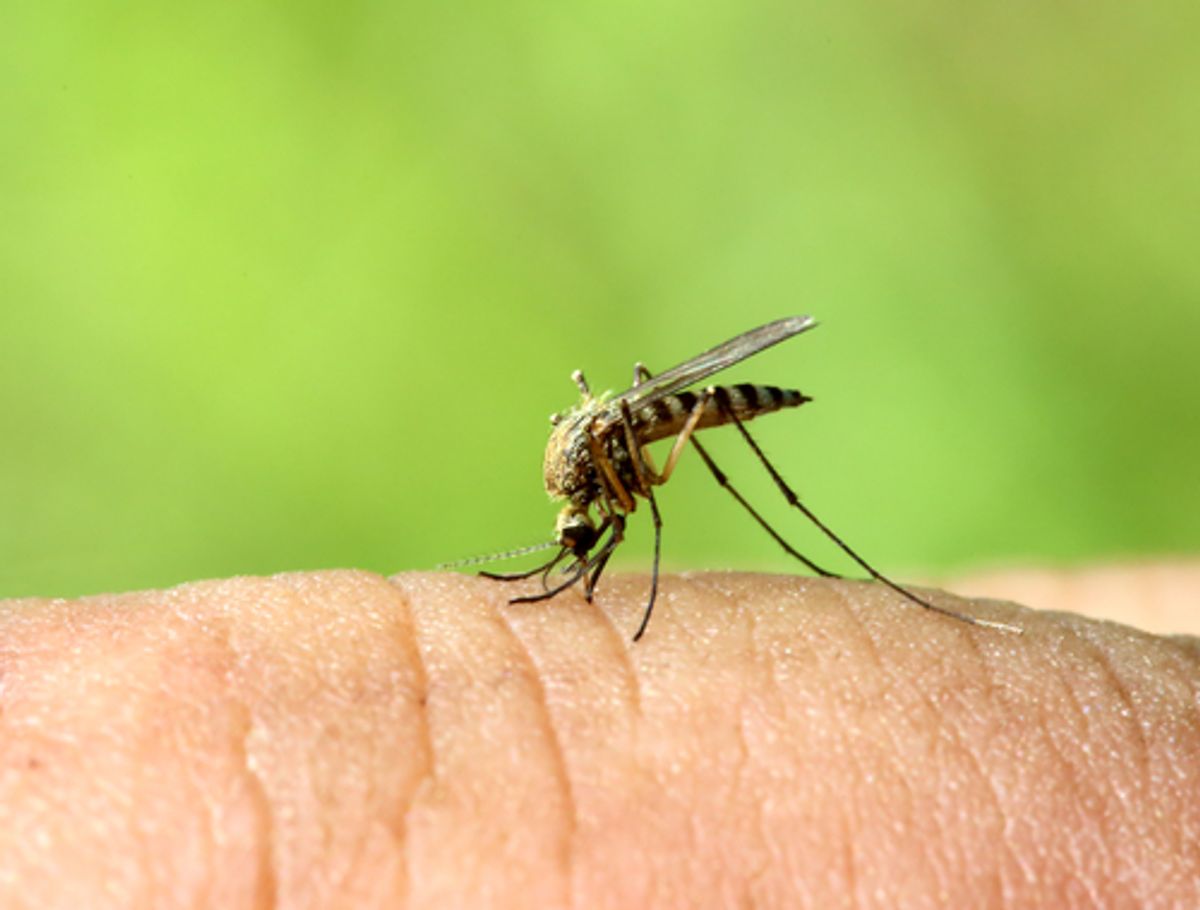 Why are some people so much more attractive to mosquitoes than others? And what can you do about the pesky little bloodsuckers, especially if you don’t want to resort to DEET? (DEET, while effective, is also weakly neurotoxic in humans.)

To start, there are some 150 different species of mosquitoes in the United States, and they differ in biting persistence, habits, ability to transmit disease, and even flying ability.

Mosquitoes of the genus Culex are painful and persistent biters and they will gladly fly into your house to bite you. They bite at dusk and after dark, and they can spread West Nile virus. On the upside, however, they are not strong fliers and won’t fly long distances from where they hatched. And, they’d prefer to bite a bird than a human. A common Culex species in the U.S. is C. pipiens, the Northern House mosquito.

Then there’s the genus Aedes, which includes A. aegyptiand A. albopictus, the Asian Tiger mosquito. The former is not a problem in the U.S.; the latter is. Both can transmit Yellow Fever and Dengue Fever. Aedes mosquitoes feed early in the morning as well as at dusk and into the evening. They might also bite you during the day if it’s cloudy or if you wander into a shady place. Fortunately, they probably won’t enter your house – but they do prefer biting mammals like humans over other animals, and they are very strong fliers.

One other notable genus of mosquitoes areAnopheles mosquitoes. They are the ones responsible for transmitting malaria. In the U.S., that mostly means A. quadrimaculatus, which lives in the central and eastern U.S., as far north as southern Canada.

But if we have Anopheles mosquitoes, then why don’t we have malaria? The answer, in part, is due to climate. According to Andrew Githeko, a Kenyan scientist who studies malaria, malaria only occurs in places where the average temperature is above 18C (64.4F). Below that, the mosquito dies before the parasite matures, and this prevents transmission. In Kenya, he discovered malaria already moving into new areas as the climate warmed. Fortunately, malaria is not endemic to the U.S. as it is in Kenya. And if the U.S. lacks a base of humans and mosquitoes carrying the parasite, then that prevents the spread of the disease.

These different genera and species not only differ in the ways listed above; they also differ slightly in what attracts them to hosts they wish to bite. Mosquitoes use carbon dioxide, heat, moisture, scent, and even vision to locate hosts. When they are sniffing us out, they hone in on a large number of chemicals. A 2000 study identified 346 chemicals from human hand odors, of which 277 were potential mosquito attractants.

The most significant chemicals mosquitoes use to locate us and bite us include l-lactic acid, ammonia, carboxylic acids, and octenol, in combination with one another. In experiments, scientists found that adding l-lactic acid to the scent of an unattractive person made them more attractive to Aedes aegypti mosquitoes, and vice versa. Additionally, the presence of carbon dioxide makes A. aegyptimosquitoes more sensitive to human skin odors.

A 1999 study found that malarial mosquitoes were not attracted to fresh human sweat, but found attractive after it was incubated for one or two days. During the two days, bacteria in the sweat multiplied and the pH changed from acidic to alkaline, signifying a decomposition of sweat components into ammonia. The study also notes that malarial mosquitoes flock to the scent of limburger cheese, which resembles human foot odor. Githeko confirms that, indeed, malarial mosquitoes are attracted to chemicals produced by bacteria on one’s feet, and they will even bite a pair of smelly socks if you hang them up after wearing them for a few days.

Unfortunately, the keep-your-feet-clean-to-avoid-mosquito bites trick only works for malarial mosquitoes, since other species are not especially attracted by foot odor. That makes this useful information for staying healthy while traveling in the tropics, but less useful if you just want to avoid itching in the United States.

Still, the identification of skin bacteria as playing a role in one’s attractiveness to mosquitoes provides a clue. Among the aforementioned carboxylic acids that alert mosquitoes to our presence are several short-chain and medium-chain fatty acids that are associated with body odor. Sweat itself is odorless until bacteria act on it to make it stink. Bacteria, by metabolizing our sweat, are essentially sending up a red flag to tell mosquitoes we’re here.

Yet another component of human odor is genetic. Although some theorize that individuals mosquitoes find unattractive simply produce less in the way of attractants, an alternative theory asserts that they produce components that interfere with mosquitoes’ ability to find their hosts. In fact, a 2008 study identified five such chemicals produced by humans found unattractive to mosquitoes.

To those of us who are genetically doomed to be mosquito bait, this information provides limited help. Perhaps we can bathe around dusk when the mosquitoes come out to get the day’s sweat and its associated odors off of us, or rub ourselves down with antimicrobial plants like sage to curb the actions of our skin microbiota, but most likely we just need a good repellent. Or one of those full-body mosquito net suits.

For those looking to avoid toxic chemicals like DEET or permethrin (a possibly carcinogenic insecticide frequently used to treat clothing and mosquito nets), plants might hold the key to repelling mosquitoes. One of the most often cited is lemon eucalyptus. In fact, a 2014 Australianstudy found that a mixture of 32 percent lemon eucalyptus oil provided more than 95 percent protection from mosquitoes for three hours, compared to a 40 percent DEET repellent that gave test subjects 100 percent protection for seven hours.

But lemon eucalyptus is not the only option. A 2013 study examined the ability of 20 different plant essential oils to repel malarial mosquitoes. Notably, rosemary, lemon, eucalyptus, neem, and pennyroyal each had no repellent effect. The three best were cinnamon, citronella, and thyme, which were repellent, irritating, and toxic to the mosquitoes. Additionally, they found that cumin, lemongrass, coleus, and thyme were irritants to the mosquitoes at all concentrations. Another 2013 study found that cinnamon repelled the Asian Tiger mosquito, and so did a plant called Herba Schizonapetae that is used in Chinese medicine. Yet another plant that proved effective in studies is Nepeta parnassicus, a species in the mint family related to catnip.

Unfortunately, plant based products evaporate quickly, which means they must be re-applied. But another study, published in 2001, tried the novel step of adding vanillin to the essential oils it tested on several species of mosquitoes. Vanillin, the primary component of vanilla (which is sometimes created synthetically and used as cheap vanilla flavor), extended the efficacy of the four plants tested (turmeric, kaffir lime, citronella and hairy basil). One commercial product that makes use of this finding is Dr. Mercola’s Bug Spray, which combines citronella, lemongrass, peppermint, and vanillin.

Or, if none of the above works, use jewelweed after you get bitten. If you live in the eastern half of the United States, you are in luck, because this beautiful wildflower literally grows as a weed. Grab a few leaves, mush them up in your fingers until they are mucilaginous, and apply them to your bites. Voila! The itch is gone.