Glass has just arrived in Britain, and it is already facing opposition 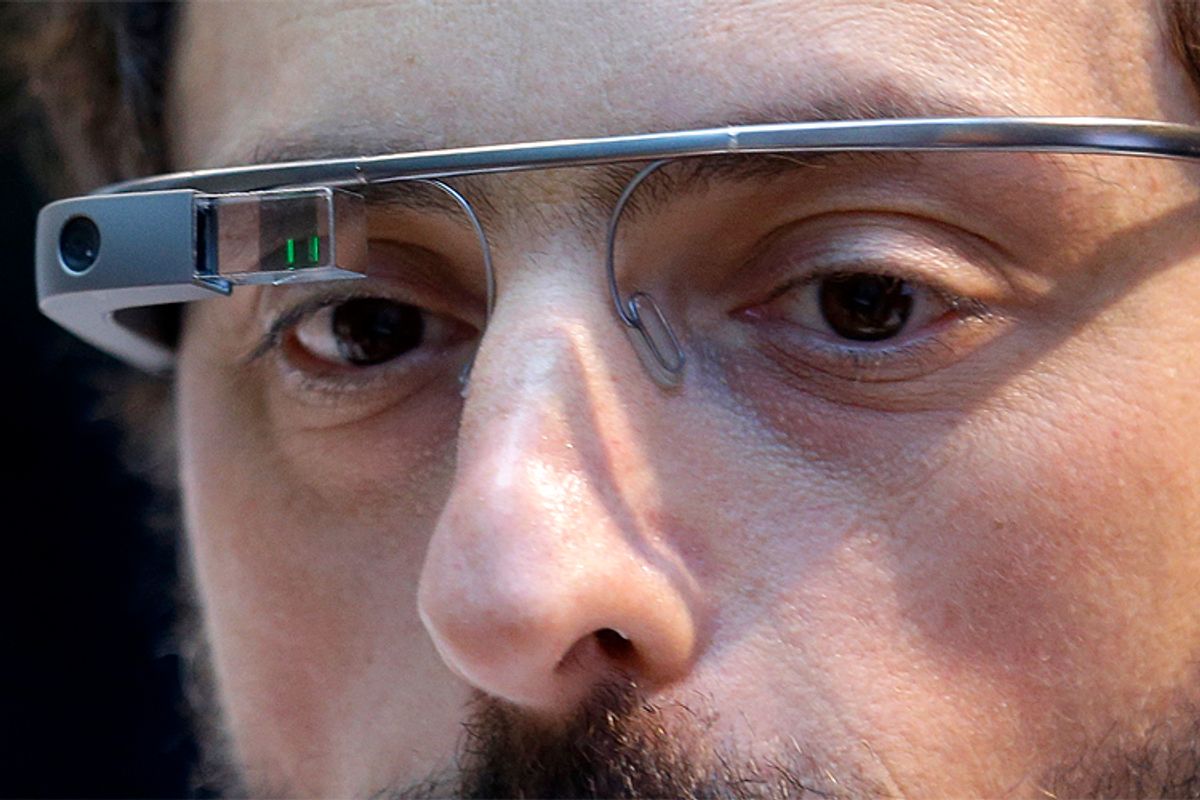 Google Glass has only been available to "explorers" in the U.K. for a week, and the technology is already facing opposition. There has been a call to ban the device in movie theaters, due to fears of piracy. Films recorded at the theater account for 9o percent of illegally copied movies, according to the Independent. (The National Association of Theater Owners reports the same figure.)

Glass, which is worn like glasses on one's head, can easily record what the wearer is viewing, which naturally has spurred controversy. ("The Daily Show" did an amusing take on Google Glass last month.)

The BBC reports that the influential trade organization Cinema Exhibitors' Association is not thrilled about glass. The head of the CEA said he'd like folks not to wear Glass in the theater, "whether the film is playing or not."

"The CEA has no power to enforce a ban," the BBC explained, "but instead makes recommendations to most of the country's cinema industry."

Google responded, saying that theaters should "simply ask wearers to turn it off before the film starts," and that Glass should be treated like any other device, including smartphones.

"Broadly speaking, we also think it's best to have direct and first-hand experience with Glass before creating policies around it," Google said in a statement.

"The fact that Glass is worn above the eyes and the screen lights up whenever it's activated makes it a fairly lousy device for recording things secretly."

NPR reports that some theaters in the U.S., where Glass has been available for around two years, already have similar bans.

There has apparently already been one case of a Glass wearer being asked to remove the device at a theater, according to the Independent.

This is just the latest clash between Glass and other entities. Glass not only has people and businesses concerned about their privacy in the face of the devices' recording ability, but at $1,500 a pop (or  £1,000 in the U.K.), Glass has also become a divisive symbol of the haves versus have-nots in Silicon Valley -- especially San Francisco. Google even put out a "dos and don'ts" list for Glass users. One of those includes not being a creepy "glasshole."