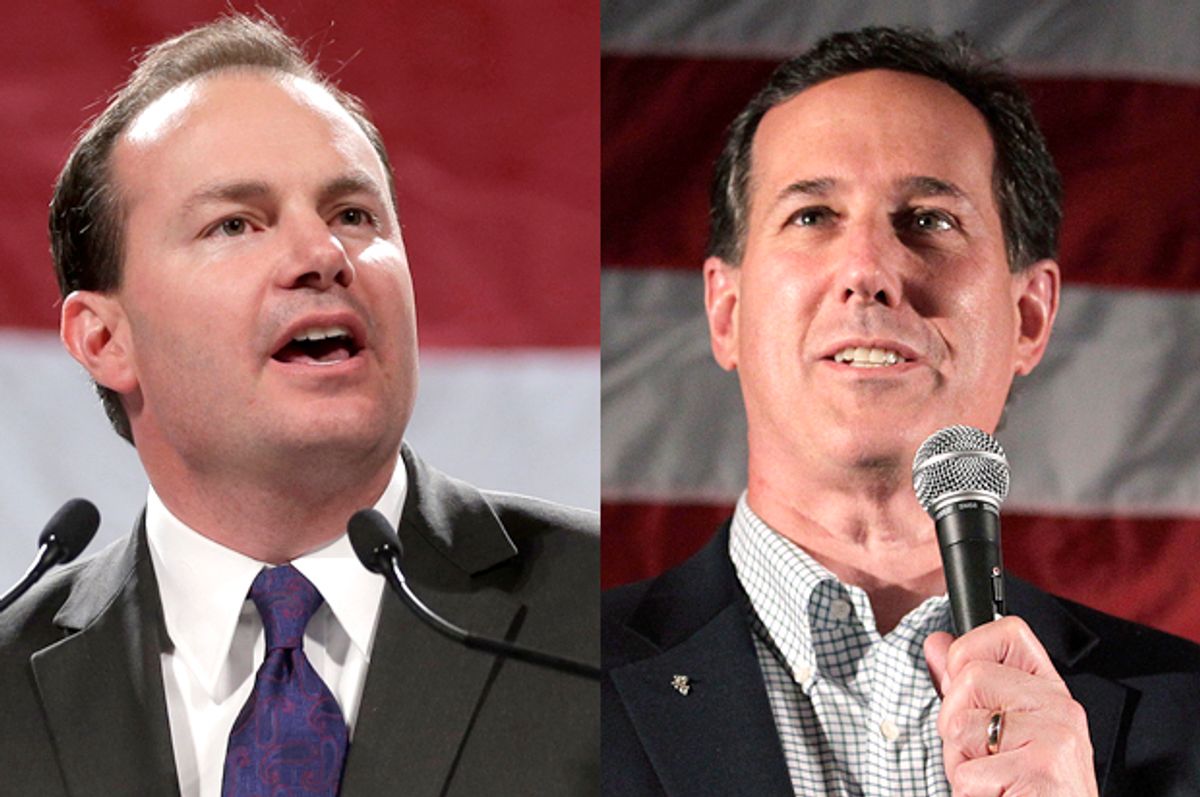 Ever since the Hobby Lobby decision came down from the Supreme Court, conservatives and Republicans have been celebrating a victory for “religious liberty” and a defeat for the Affordable Care Act and its contraception mandate. In the course of their celebrating, they’ve done exactly what Democrats expected (and a few conservatives feared) they would do: make silly, tone-deaf, and downright stupid comments about contraception.

If you’re wondering why Republicans have a losing streak when it comes to political battles over contraception and women’s reproductive health, it’s because there’s always a Mike Huckabee or Todd Akin or Rush Limbaugh waiting impatiently to turn themselves into caricatures of misogynist conservatism. We’re only a couple of days out from the Hobby Lobby decision, and already conservatives and Republican politicians are popping off and showing why contraception is a terrible issue for them.

Jesse Watters is Bill O’Reilly’s right-hand man and is Fox News’ resident “ambush interview” cretin. He’s the sort of rare wit who goes to a National Organization for Women event and asks attendees to feel his bicep and calls them “gals,” because who doesn’t love a years-old sexist joke ripped off from Rush Limbaugh? Yesterday he went on Fox News to break down the political impact of the Hobby Lobby ruling, and said one of the stupider things in recent memory about unmarried women.

I call them the Beyonce voters. The single ladies. Obama won the single ladies by 76 percent last time, and they made up about a quarter of the electorate. They depend on government because they’re not depending on their husbands. They need things like contraception, healthcare, and they love to talk about equal pay.

Where to begin? Watters seems to think it’s obvious why Beyoncé is representative of single women who depend on government, even though she’s married and a millionaire several times over. Obama actually won 67 percent of unmarried women compared to Mitt Romney’s 31 percent – a 36-point margin. He is correct, however, that unmarried women often do need contraception and healthcare. Married women often need them, too.

The meat of his analysis is the implication that women simply transition from dependence on government to dependence on husbands. That’s both sexist and ignorant. He seems to have internalized Huckabee’s “Uncle Sugar” rant from a few months ago, albeit without the awkward libido references.

Watters is on to something, however, when he talks about unmarried women as a key voting bloc. And he’s right that Republicans get killed in that demographic – partly because people like him go on conservative news networks like Fox and say dumb things about women being dependent on husbands and/or the government for contraceptives and healthcare. And if recent polling is any indication, the conservative reverie over the Supreme Court’s dismantling of Obamacare’s contraception mandate will only make things worse for Republicans.

A Kaiser Family Foundation survey from last month found that 53 percent of Americans favored keeping the contraception mandate for businesses in place “even if it violates their owners’ personal religious beliefs.” A full 68 percent of women age 18-34 favor the policy. That’s bad news for a party that already has a problem with women voters and also almost nominated Rick “Dangers of Contraception” Santorum as its presidential candidate in 2012.

Speaking of Rick Santorum, he might also get almost nominated for president in 2016 as well. For a while now he’s been trying to change his political identity from “weirdo who doesn’t want you to have non-procreative sex” to “populist champion of blue-collar conservatives.” But the creepy contraception fetish is still there. Yesterday Santorum’s film studio – Rick Santorum has a film studio – released the trailer for its upcoming documentary on the decline of “religious freedom” in the U.S. The movie apparently will weigh in on the Hobby Lobby decision. It will also feature Nazis.

Nothing says “I have a firm, reasonable understanding of the interplay between politics and religion” better than a casual invocation of Nazism.

Then there’s Sen. Mike Lee, who went on satellite radio on Monday and enthusiastically agreed with his interviewer’s observation that the real issue at play in the Hobby Lobby case is “whether or not a person who runs a business should be forced to provide something that is largely for recreational behavior, if it goes against their religious beliefs.” Contraceptives are, as ThinkProgress points out, prescribed for a whole range of health issues, but Mike Lee jumped on board with the premise: “Yea, that’s right, that’s right.”

At least some Republicans are wary of getting drawn into an argument over contraception. Chris Christie, already awash in scandal and understandably unwilling to dive into a contentious social issue, went on CNBC yesterday and determinedly refused to offer anything that resembled an opinion on Hobby Lobby. “Who knows? It’s the Supreme Court, right?” Instead, he helpfully observed that the Supreme Court had, in fact, done something: “At the end of the day, they did what they did. That's now the law of the land.”

You could argue that Christie was failing to show leadership or ducking the issue or whatever, but you can also forgive the guy for not wanting to get wrapped up in the GOP’s bizarre sexual morals crusade surrounding birth control. Whenever the party goes to war on contraception, it always ends the same way: Someone on the Republican side says something stupid, and they get thumped.