Democratic Gov. Jay Nixon had strong words for supporters of the insulting and burdensome measure 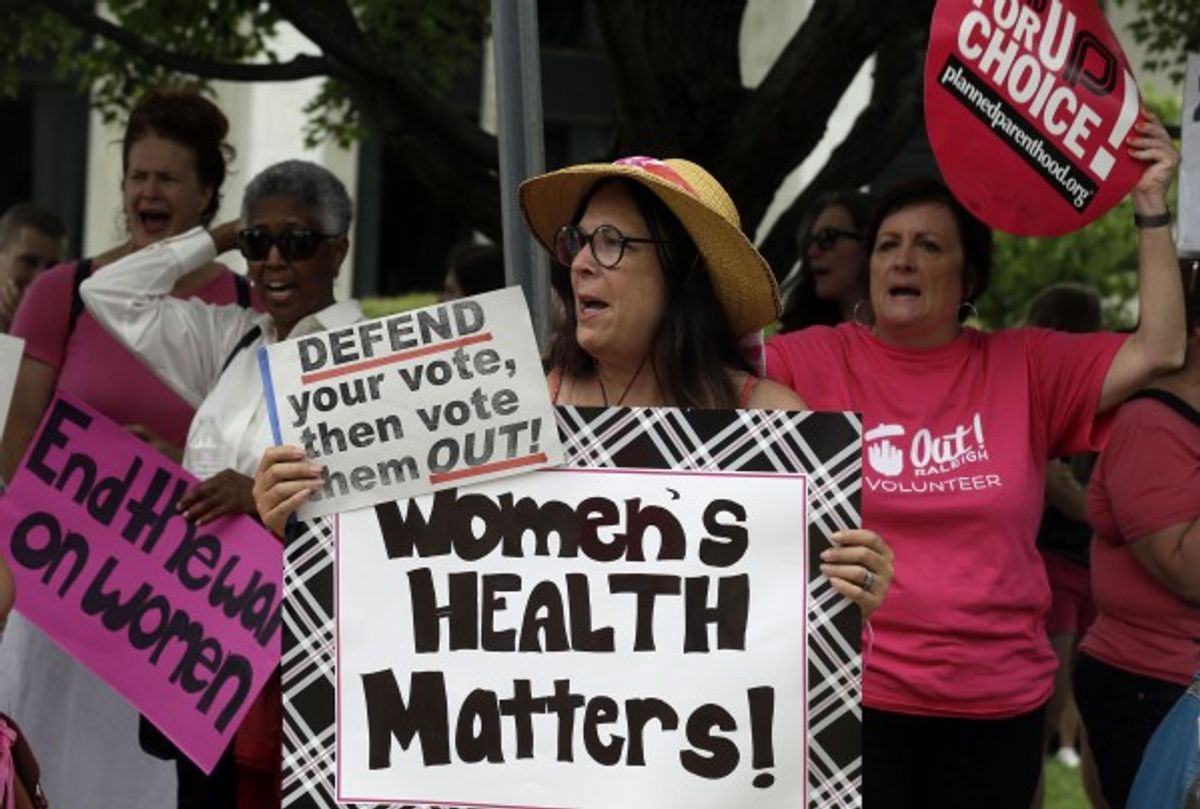 Good news, everyone. Common sense about women's reproductive health prevailed at least once this week. The governor of Missouri on Wednesday vetoed a measure that would have imposed a 72-hour waiting period on women seeking abortion care, arguing that such a waiting period is "harmful to women's health" and "serves no demonstrable purpose other than to create emotional and financial hardships for women."

Gov. Jay Nixon went on to write in his veto letter that the measure was "insulting to women." The bill would have tripled the current waiting period for abortion care and contained no exceptions for rape or incest, a fact that Nixon also noted in his veto statement. The Democratic governor's veto comes after months of protest from Missourians and pressure from Democratic lawmakers.

The waiting period proposal was just one of more than a dozen new abortion restrictions introduced by anti-choice lawmakers during the current legislative session. Any waiting period is a financial and practical barrier to women's access, but extending it to three days puts the procedure virtually out of reach for many women.

Waiting period laws force women to make multiple trips before being able to access care. In a state like Missouri, where there is only one abortion clinic to serve the entire state, these laws require women to take off additional time at work, find childcare and secure transportation for multiple days. They are needlessly punitive and do not change women’s minds about the care they are seeking. These barriers, particularly for low-income women of color already on the margins of access, can be impossible to work around.

During the hearing on the proposed waiting period earlier this year, women lined up to oppose the measure, using anti-choice lawmakers' offensive logic against them. While anti-choice lawmakers argued that women need the 72-hour waiting period to think about the decision they are making, a University of Missouri master’s student told lawmakers that she would like to testify agains the measure — but would need to wait 72 hours so they would know that she meant what she said.

“I would like you to be able to trust in my opinions,” Dina van der Zalm told the committee. “Since this bill … makes the assumption that women are not capable of making difficult decisions without the aid of politicians requiring additional time — an additional three days — to really think it through, then I can only assume that you’re not going to legitimately listen [to] or value the opinions I would like to state today.

“I would like to take your recommended waiting period and return Monday after I’ve had time to really think through my decisions,” she continued. “I’m pretty sure of how I feel. I’m pretty sure it’s not going to change at all.”