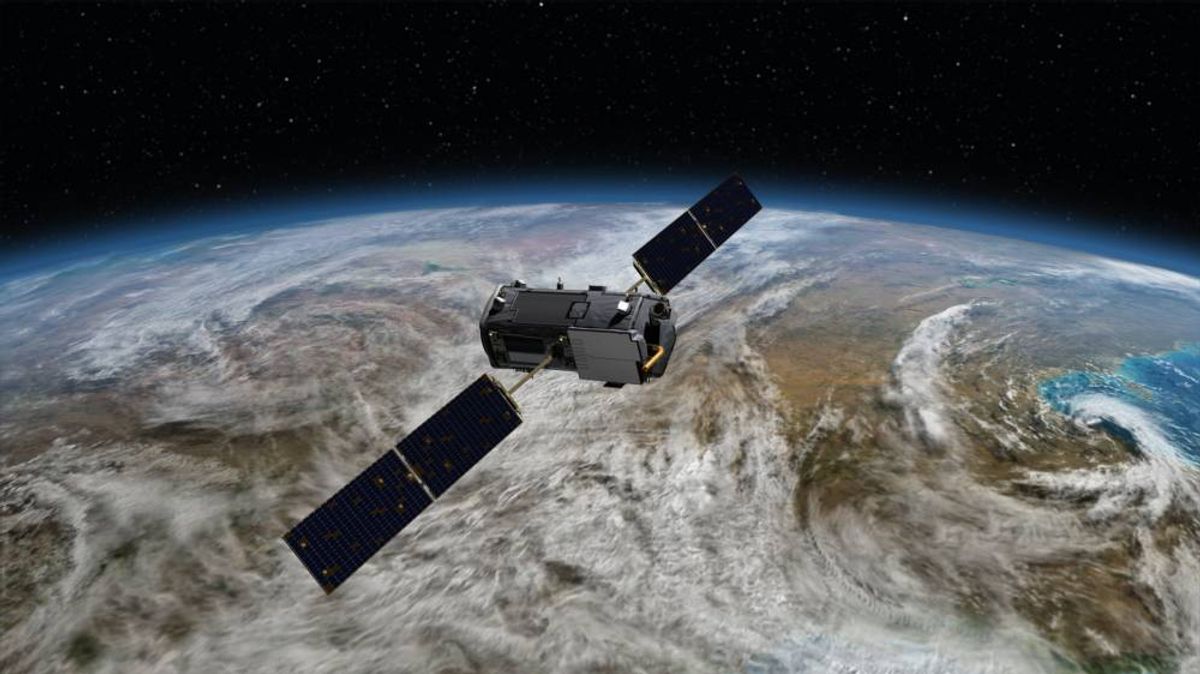 After a Tuesday morning setback (and a much larger disaster in 2009), NASA Wednesday officially launched its carbon-tracking satellite into orbit. Orbiting Carbon Observatory-2 will work 438 miles above the earth's surface, measuring CO2 levels in order to prove once and for all to climate deniers that man-made global warming is happening.

Just kidding, we know that already. We also know that humans release about 100 million tons of CO2 into the atmosphere each day, and that those emissions are contributing to climate change. Half of those emissions end up trapped in the atmosphere, where concentrations of CO2 are astoundingly high -- they've been above 400 ppm for a record-shattering three months in a row -- and a quarter are absorbed by the oceans. But the rest is sucked up by trees, a process that scientists are still struggling to understand. Hence the satellite.

“Somewhere on earth, on land, one-quarter of all our carbon emissions released through fossil fuel emissions is disappearing,” David Crisp, a senior research scientist at NASA’s Jet Propulsion Laboratory, explained to the New York Times. “We can’t identify the processes responsible for this. Wouldn’t it be nice to know where?”

The Times elaborates on the $468 million endeavor:

Passing over the North and South Poles at an altitude of 438 miles, it will observe the same spots every 16 days as the earth rotates beneath.

These repeated measurements will allow scientists to observe the rise and fall of carbon dioxide with the seasons. They may also figure out how the balance changes with droughts or floods.

That should give them a better idea of whether the oceans and land plants will continue to absorb half of the carbon dioxide emissions as in the past or whether any of these so-called carbon sinks are close to overflowing, leaving even more gas in the air.