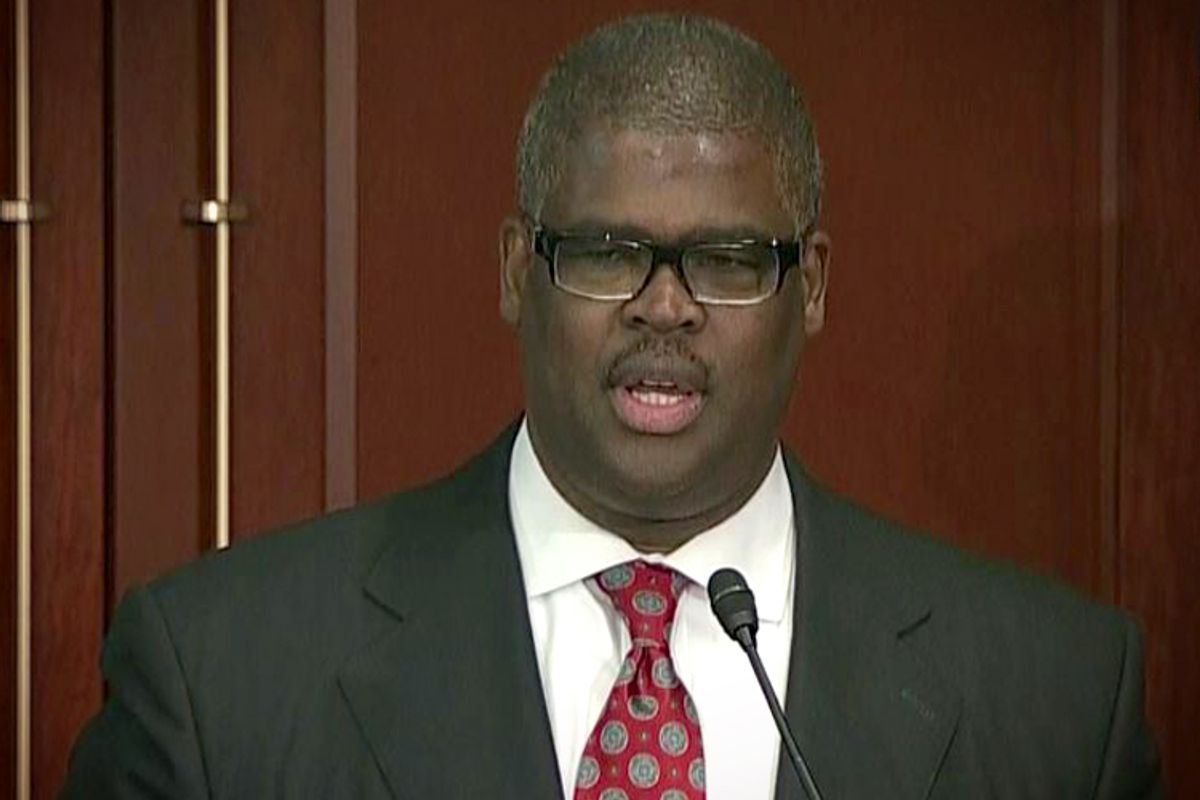 On Thursday, the Labor Department released its latest update on job growth in the U.S., finding that the economy gained 288,000 jobs in the month of June and the unemployment rate dropped to 6.1 percent — the lowest it's been since September 2008.

Across most of economics Twitter, the news was greeted with unadulterated joy, not only from left-of-center observers but also from non-partisan economists like New York Times contributor Justin Wolfers:

Fox Business host Charles Payne, however — who was last seen in these pages ranting about how people who receive government assistance through Social Security disability benefits lack male genitalia — had a decidedly different response.

According to Payne's expertise, the latest jobs report is actually bad news. Why? Because it's good: