"I'm not an outlaw": Jason Momoa is a long way from Khal Drogo

The "Game of Thrones" actor on "Road to Paloma," wanderlust and shooting sex scenes with his real-life wife 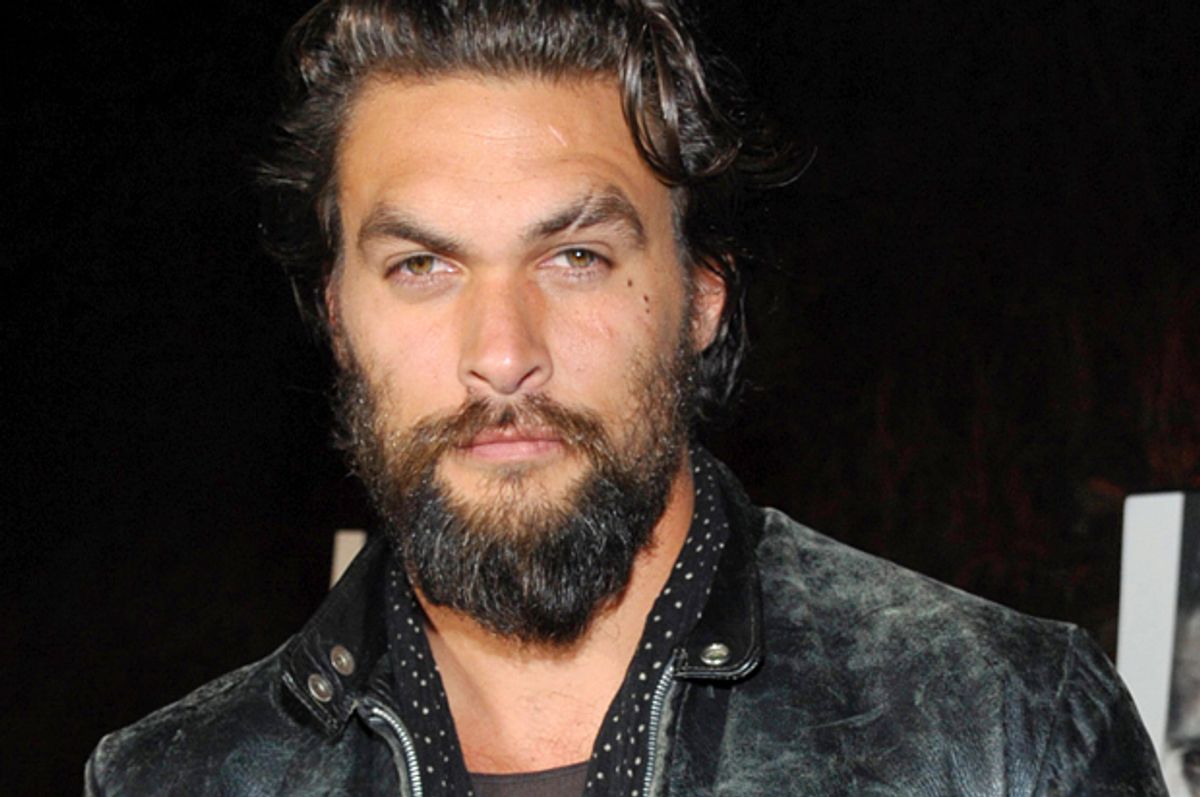 Jason Momoa — of "Conan" and "Game of Thrones" fame — is shifting gears to make his feature directorial debut with the lyrical chopper opera "Road to Paloma." In the film, which he also co-wrote with his co-star Robert Homer Mollohan, Momoa plays Wolf, a Mojave Indian on the run from the feds after murdering the man who killed his mother. The journey is both spiritual and emotional; Wolf embraces the freedom of the open road, even as his actions haunt him.

Momoa makes "Road to Paloma" an interesting journey for the viewer, too. In this absorbing road movie, Wolf pays a visit to his father (Wes Studi), who talks with him about justice, gets into various scrapes with his buddy, Cash (Mollohan), and has a tryst with a stranger, Magdalena (Lisa Bonet, Momoa’s off-screen wife).

You received considerable attention from playing "Conan" and Khal Drogo in "Game of Thrones." Now you're generating buzz about being cast as "Aquaman." Why did you choose to write and direct "Road to Paloma"?

Most people don’t know who I am in the industry. I’m far from "Conan" and "Game of Thrones." I love storytelling. I wanted to make a road movie. I wanted to show not the murder, but the repercussions of Wolf not talking to anyone or seeing his family. I thought it was a beautiful journey of him and his friend on the road; Wolf’s soul, and the people he meets, all the people who inspire Wolf. A lot of those kinds of roles are not coming across my desk as an actor.

You take a lyrical approach to making a revenge thriller/road movie. Why did you approach the drama the way you did?

Even though I was born in Hawaii, I was raised in Iowa. Growing up in the Midwest you see the horizon and want to hit the road. I spent a lot of time rock climbing and traveling around the world. There are not a lot of great road movies — "On the Road" or "Dharma Bums" are great [books], but they don’t translate to the big screen. I like "Five Easy Pieces" and other '70s road movies. I like "Y Tu Mamá También." To make this, I wanted to go out on the road with seven friends and live in the dirt, hunting down moments.

What is appealing about being on the road? Is it just wanderlust?

Anyone who spends time on the road knows there’s something special about being in the middle of Utah or Nebraska — you sit with it, and there’s a peace about it. You can go left or right and it opens up all kinds of doors. You take your own path. I enjoy that, but it’s becoming way more rare for me. I have lived out of my car or an Airstream trailer, and those are some of my fondest memories. And I love feeling the wind on my bike.

Speaking of your bike, Wolf rides without a helmet.

I don’t like riding with a helmet, even though I have kids. In California, I wear it but not in Hawaii. Whether it’s stupid or not, it’s a choice. If I’m on the open road, or in the desert, I don’t, but in traffic, I will.

Where do you most want to ride?

I’d like to go on a motorcycle journey to Alaska, up through California. Or go down to Patagonia through Chile into Argentina.

I loved the parts of the film that dealt with Native American rituals and spirituality.

We had more. We tried to incorporate as much as we could. We spoke the language, and made clay pots, and the tribe — the Aha Macav— ... fully embraced us. In one scene, from the trailer ... I’m knapping a knife, painted up with war paint, and I’m in the field stalking [my victim]. You don’t see any blood, but it’s riveting.

Wolf has a tryst with a woman, Magdalena, played by your wife, Lisa Bonet. Can you talk about working with her?

It was hard to do. We’re not playing “us,” and my friend is shooting [our sex scene]. We have to show us falling madly in love and having that infatuation because it’s supposed to be the first time we met. She made me bashful in our sessions. I’ve never had [that feeling] on-screen.

How did Lisa make you bashful?

She makes Wolf smile and laugh after he has not talked to anyone in six months. She cracks him open and finds his soft belly. That came out from playing the character. It was a beautiful moment to show [him] falling in love that quickly.

He’s trying to hide as best as he can, and here he’s stripping down everything.

Family is important for Wolf in the film. Can you talk about your family?

They are my support system, my drive, my reason for living. My children are constant teachers to me. It’s amazing to have a wife who trusts your work and passion. She’s my best friend. I’m very lucky to have her.

How did you and Robert collaborate on the script and develop your characters Wolf and Cash, who have such a strong bond?

We lived that life, and we are very compatible riding partners. Robert is an amazing actor and playwright. He makes me laugh. I put in the fight scene for Cash, where he gets the shit beat out of him, because I thought it was hilarious. We played off each other’s strengths.

Wolf is an outlaw. Is that something you identify with?