Comedy vs. anti-science: 10 amazing videos that show how humor can make a difference

From Colbert and Oliver to Sarah Silverman and Louis CK, comedians are torching anti-science activists with aplomb 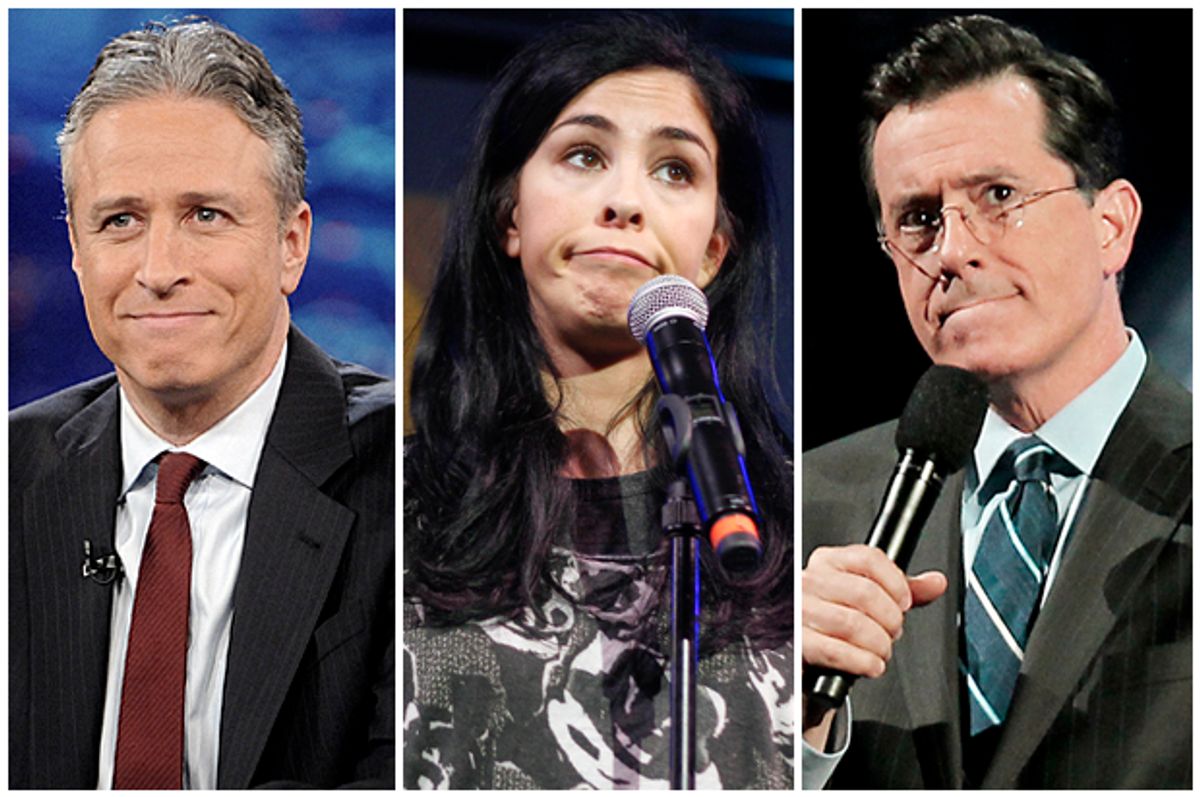 In the latest version of America's long-running culture wars, conservatives (and even some liberals) have zeroed in what once might have seemed like an unlikely target. While all the usual suspects still find themselves in reactionary cross hairs -- Hollywood, "lamestream"-media elites and the LGBT community to name a few -- another group, the scientific establishment, has emerged as one of the most polarizing institutions in American political culture.

Climate change, vaccination and evolution -- each of these are things that the scientific establishment overwhelmingly agrees on. But the anti-intellectual fury of climate deniers, anti-vaxxers and creationists is such that any empirical consensus gets overshadowed.

For better or worse, comedy has emerged as one of the most visible platforms for laying bare the insanity of anti-science reactionaries. Jon Stewart and his "Daily Show" correspondents, for example, have been scrutinizing such people for years, while John Oliver has emerged in recent months as a veritable pro-science powerhouse. Stephen Colbert has interviewed Neil deGrasse Tyson at least 10 times!

There's never been a shortage of qualified experts to debunk anti-science, but few have generated the kind of heat that comedians have of late. Perhaps is the viral-friendly nature of social media, or the intrinsic advantage that satire enjoys over the cut-and-dried recitation of facts. Whatever the case, let's take a lesson from these witty minds. Below are 10 sterling examples of comedy as an antidote to science-denialism.

Many comedians have done a bang-up job showing that climate deniers are ridiculous, but nobody has done it better than John Oliver. On his HBO show, "Last Week Tonight," Oliver hosts a statistically accurate mock debate between Bill Nye and climate skeptics.

When celebrities give anti-vaccination hysteria a platform -- and, as a result, we get outbreaks of measles and whooping cough -- it feels like the nation is crawling backward. Despite the fact that research has conclusively shown that vaccinations are not linked to autism, many still refuse to vaccinate their kids. In this clip, Samantha Bee takes anti-vaxxers to task for their dangerous campaign.

Creationists believe that the Earth is only 6,000 years old, and that humans roamed the world with dinosaurs. (Spoiler: Scientist Clair Patterson found that the Earth is actually 4.5 billion years old, and humans evolved long after dinosaurs became extinct.) Though it sounds ridiculous, a recent Gallup Poll found that 42 percent of Americans believe in a creationist human origin. The most problematic issue is when their views infiltrate the education of children. Stephen Colbert proves this point in the great interview below:

In June of 2014, TV personality and physician Dr. Oz testified at a congressional hearing that his "miracle" cure-alls "don't have the scientific muster to present as fact." Following this admission, John Oliver took him to task over his false science, and taking advantage of doctor-patient trust.

"I would love to have the faith to believe that [creation] took place in seven days," Lewis Black says in the hilarious clip below. "But I have thoughts. And that can really fuck up the faith thing."

6) Bill Maher: "Science is made by scientists not idiots"

In the clip below, Maher adroitly points out that science isn't a two-way debate between scientists and non-scientists. You tell 'em, Bill.

"Daily Show" correspondent Jessica Williams doesn't appear until the end of this skit, but when she does, she plays the role of science-denier, taking advice from Donald Trump, to perfection.

Creationism is a hot topic for comedians -- including Eddie Izzard, who can't wrap his brain around why folks believe that the Earth is only 6,000 years old.

Here Louis C.K. looks at a specific sub-group of climate change deniers: the religious right. After all, why wouldn't you want to take care of the Earth, if you believe that God gave it to you?

In 2016, Sarah Silverman will only have to spend $108 a year on sweaters. Climate change is the best!