The House speaker penned an op-ed justifying his prospective lawsuit 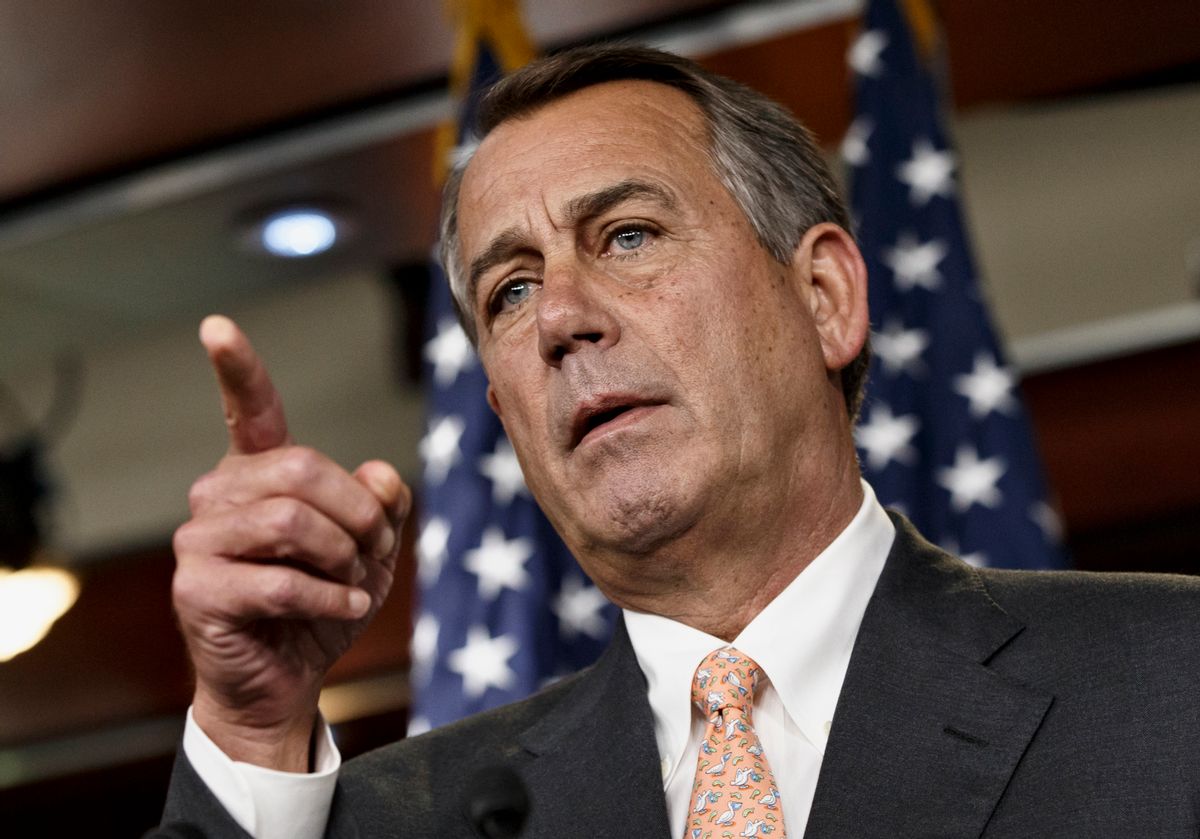 House Speaker John Boehner (R-Ohio) is serious about his threatened lawsuit against the President of the United States, who he says is overstepping his constitutional authority -- and he's taking Obama's retort ("So sue me") as a challenge.

In an op-ed for CNN, Boehner lays out the case against Obama, once which encompasses purported oversteps on issues that include, specifically, the Affordable Care Act, EPA regulations, foreign policy and education. "I don't take the House legal action against the President lightly," he writes. But "in the end, the Constitution makes it clear that the President's job is to faithfully execute the laws."

What's disappointing is the President's flippant dismissal of the Constitution we are both sworn to defend. It is utterly beneath the dignity of the office. I know the President is frustrated. I'm frustrated. The American people are frustrated, too.

After years of slow economic growth and high unemployment under President Obama, they are still asking, 'where are the jobs?' The House has passed more than 40 jobs bills that would help. But Washington Democrats, led by the President, just ignore them.

Even worse, the President's habit of ignoring the law as written hurts our economy and jobs even more. Washington taxes and regulations always make it harder for private sector employers to meet payrolls, invest in new initiatives and create jobs -- but how can those employers plan, invest and grow when the laws are changing on the President's whim at any moment?

It's unclear whether Boehner saw the June jobs report before building his case.

The prospective defendant himself called the lawsuit a "stunt," and said he asked Boehner, "If you’re really concerned about me taking too many executive actions, why don’t you try getting something done through Congress?"

"I’m not going to apologize for trying to do something while they’re doing nothing," Obama added.