7 tips for having a great one-night stand

For those who really desire it, casual sex can -- ahem -- come with increased self-esteem and life satisfaction 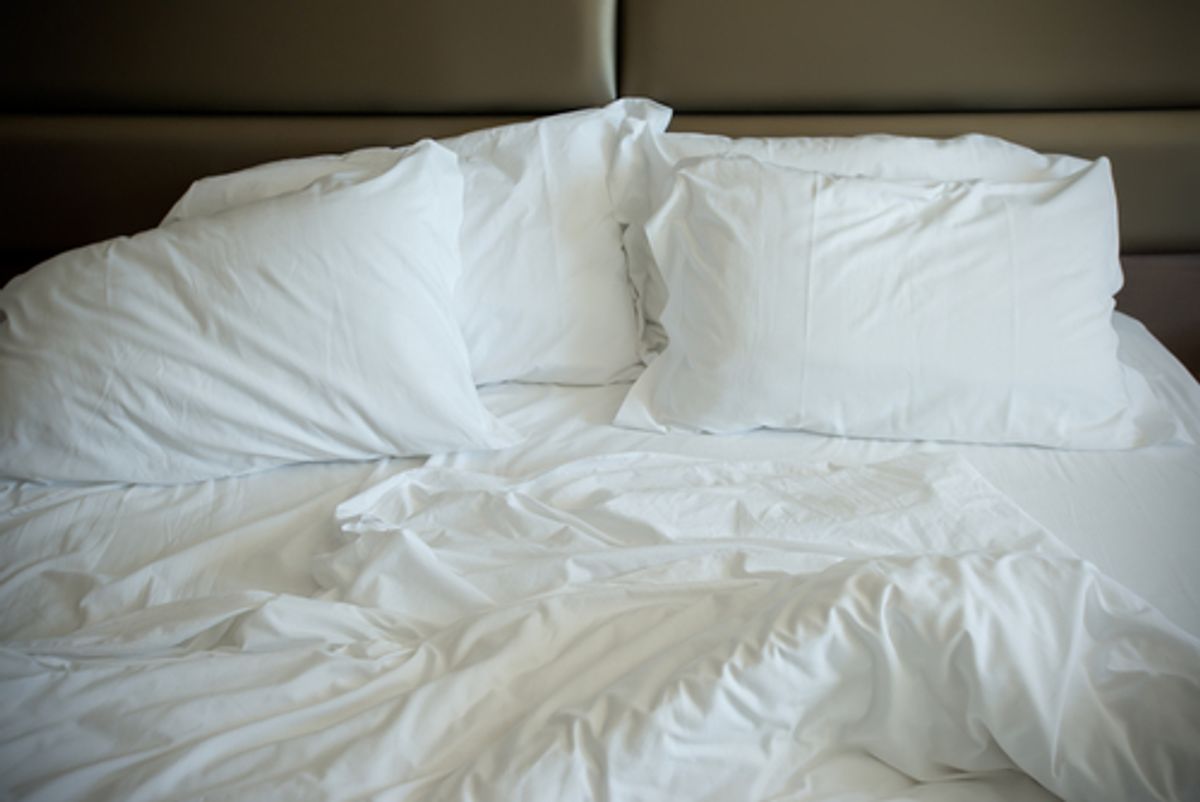 Conservative commentators and pearl clutchers have been wringing their hands for years over one-night stands (and hook up culture in general), claiming that casual sex devalues women and is effectively contributing to the downfall of society. Weirdly, murder, rape, never ending wars, pestilence, and crazed gunmen with histories of mental illness shooting school children all tied for second. One-night stands are hardly as dramatic as they are sometimes made out to be. In fact, a recent study showed that, of those who legitimately desire it, casual sex comes (forgive the pun) with a many benefits, like higher self-esteem and life satisfaction, and less instances of depression and anxiety.

This isn’t to say that casual sex has no guiding principles or codes of conduct one should follow, but that, with a little communication and wherewithal, one-night stands will never ruin your life, or even your sheets. The following tips will ensure you have the best night possible, where you can look back with a devilish gleam in your eye and say, “That was fantastic. I hope we never see each other again!”

As Tom Hanks bemoaned in “A League of Their Own,” there’s no crying in baseball, and there should be none in a great one-night stand either. That is to say, check your emotions at the door, or dive bar bathroom stall or tool shed, depending on where you happen to be throwing down. Look upon the event as something primarily physical and short-lived, like a really spectacular sneeze. A sneeze does not expect dinner or want to meet your parents, and hence, your fling expectations should be similarly low. This doesn’t mean you get to behave like a douchecopter for a night, or that there are no consequences (sexual safety should always involve common sense and precaution). Checking one’s emotions simply means that you should be invested as little as possible. Sex does not have to mean something. It can, and it does, but a one-night stand’s primary concern is similar to that of a train, to get it on and get you off. If you’re unsure about a particular situation or person’s feelings, make sure to be clear and upfront about your intentions before anything goes down, or up, or sideways.

Use your mouth… to communicate your needs and desires. Part of the joy of a one-night stand is that, since the stakes are low, you can be and do whatever you want (within reason). If you want to be tied up, spanked, and called Mrs. Doubtfire for one night, then by god, ask! Not everyone will be into doing the precise things you’re into, of course, but you have very little to lose with a one-night fling, since they won’t know it’s “out of character,” so you might as well indulge your wild side. On the reverse (cowgirl), you should also be open-minded when it comes to meeting your partner’s needs, too. Again, within reason. But if your partner suggests something you’ve never tried, but are amenable to, consider giving it a shot. It might just blow your mind (or load). Casual flings are perfect for getting a little dirtier and kinkier than you usually are.

One-night stands often follow a pretty standard script, which is four shots, foreplay, floorplay, two minutes of oral, and p-in-the-v sex. If this is your cup of lube, then by all means, have at it, but most of us veer from this standard with people we know because what gets us off is entirely different from the common denominator. Don’t be afraid to tell your partner things that help you get off, whether that’s toys, dirty talk, watching porn, watching the Food Network, whatever. This is especially true for ladies, as we tend to neglect our desires in lieu of our partners’ desires, and because few women can orgasm from p-in-the-v sex alone.

You’re not drinking tea with the queen or anything, so there’s no need to be overly polite or don a hat in the shape of a koala for your limited liaison, but you’d do well to remember the Golden Rule: Do unto others as you’d have them do unto your precious penis. That is to say, basic courtesies should be followed. If it is late at night, let them sleep in your bed. Keep the conversation light -- avoid mentions of exes, politics, or family members’ prescription drug habits. There’s no need to brunch or engage in a little post-sex Sudoku the next morning, but an offer of a cup of coffee or tea is polite. As to the goodbye speech, that should also be kept light and funny, if you can help it. A simple, “Thanks for the hot night” should suffice, if witty repartees should fail you in your hungover state.

Speaking of hangovers, try not to be wasted during your one-night romp. An expert casual sex aficionado knows that the experience hardly counts if you can’t remember what actually happened the next day or where that strange bruise came from.

Finally, a word on departing. Don’t sneak off without saying goodbye, which can make it seem as if you regretted having the sex, make the person feel “used,” or feel that the performance was second-rate. And even if it wasn’t a life-altering event, leaving without a word makes it into a more dramatic occurrence than it would otherwise be, and should hence be avoided.

Manners are one thing, but failing to protect one’s body and health should never be up for discussion. You should always, always practice safer sex when casually screwing, especially so with someone you’ve just met or don’t know very well. And the really savvy lady or gentleman knows that having a brief sexual health discussion, as well as letting a new partner know if you have any STIs, before engaging in a genital gambol is the best method of all. Condoms don’t protect you from everything, after all, but they are still a requirement, at bare minimum. Lay it on the table (no, not that), and if your pro tempore paramour balks at the frank discussion of his frank or is reticent to use protection, then you should find another short-term sweetheart.