It's not sexist to be creeped out by Kendall Jones 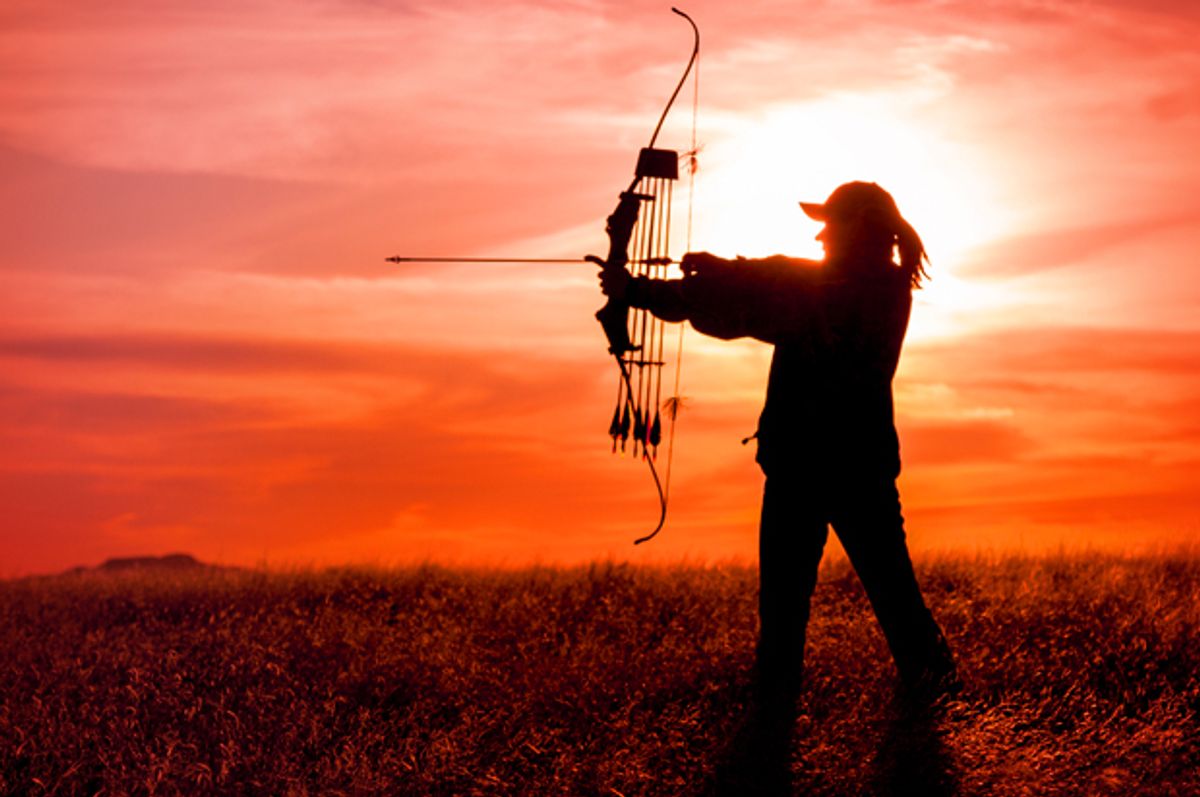 Kendall Jones loves animals. Hunting them, killing them, posing for photographs with their lifeless bodies. And because Kendall Jones is also blond-haired, 19 years old and female, she is also great at getting attention. But is disliking Jones and her expensive, unusual hobby automatically sexist?

The self-described "huntress, conservationist, and sportsman looking to host a TV show in 2015" has gained herself a whole heap of it in the past few days for her passion – ever since Facebook deleted some of her photographs on the grounds of "reported content that promotes poaching of endangered species, the sale of animals for organized fight or content that includes extreme acts of animal abuse." She also claims her Instagram account was removed and has launched a new one. Since June, a Change.org petition against her photos of "killing animals for fun" has garnered over 13,000 signatures.

But the Texas Tech sophomore -- and proud cheerleader -- is not one to take kindly to people telling her what she can and cannot do. By her own description, she sounds like a lady accustomed to getting what she wants. She says she's been fascinated with hunting since the time she "was just too small to hold the guns my dad had brought," and she's been traveling to Africa to hunt game since she was 13. By the age of 14, she'd already hunted a white rhino, elephant, "huge maned lion," leopard and hippo. She fondly recalls, "I was lucky enough to have all of my hunting adventures professionally videoed and put onto DVD." Now, since getting pushback on the images she shares on her social media, she's decided to make herself a cause, encouraging followers to voice their solidarity for "#TeamKendall #SupportKendall." And she has indeed garnered plenty of rah rahs for her stance that she's "doing my part in conservation to make a difference." Her manager -- yes, she apparently has a manager – adds that "all of Kendall's hunts in Zimbabwe and South Africa were 100 percent legal with proper tags and licenses awarded on a pre-approved quota by the countries' officials and wildlife department."

But Jones' rather in-your-face response has also quickly earned her a wider pool of detractors, including the typical Internet lady-hater trolls. You don't have to look long on her Instagram feed to see people who call her a "bitch," "slut" and "bimbo," and hope that "one of these animals gets loose one day and bites you right in the twat." On Sunday, the CBC's Matt Kwong pondered whether the response to Jones was sexist in nature, noting that "droves of mostly American men have long paid for 'canned hunting' expeditions run by South African outfitters ... Male trophy hunters might get a pass because the public has certain assumptions about masculinity and the types of people who do abhorrent things."

Jones' gender no doubt plays a role in the response she's received – both negative and positive. Male hunters generally don't get called sluts. But entitled white people going off to shoot animals in Africa do actually get called out for it regularly, regardless of their sex. Two years ago, Donald Trump's sons ignited a firestorm for their similarly braggy photos after the "avid outdoorsmen" took a trip with a company that specializes in letting customers hunt and kill "old & mature male animals." And this past winter, Texan Corey Knowlton made headlines when it was revealed he'd shelled out $350,000 for a permit to hunt an endangered black rhino. It's not just the idea of a young woman paying large sums to shoot large animals that's off-putting to many -- even those of us who eat meat and respect responsible, ethical hunting practices in the U.S. and abroad. And it's just a little tough to buy the whole conservation line when a person is also posting about how "badly I wanted to shoot something" and posing with dead animals like they're props.

Jones, meanwhile, is certainly being strategic in working the gender angle to her advantage, sharing photos of herself not merely cuddling up to carcasses but in smiling her toothy, girl-next-door smiles. If her dream is to land a TV series, she's certainly working her femininity to her advantage. Having conquered big game, she's got her eye on an even bigger trophy now – fame.