Because the Internet works in strange and perverse ways 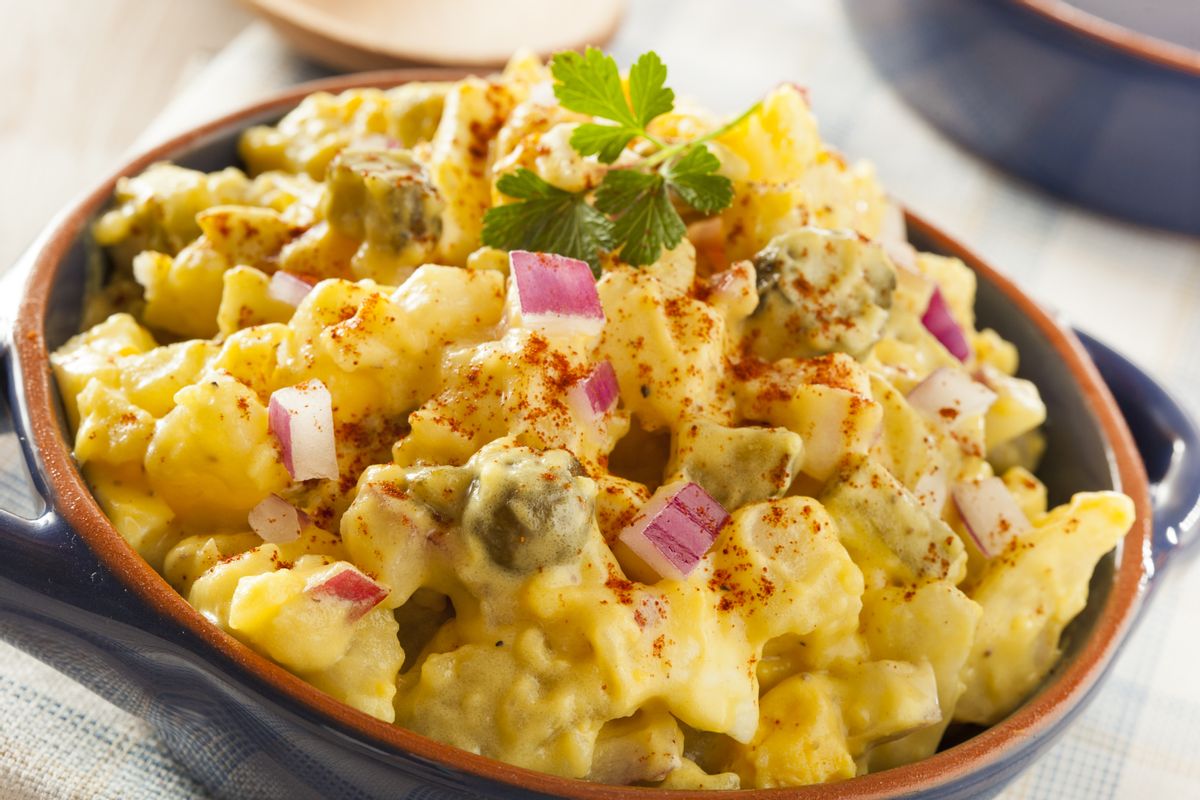 At 3:30 PM on Monday, I stared at the money-ticker for a Kickstarter page titled "Potato Salad." Yes a guy, Zach Danger Brown, is crowd-funding the making of potato salad. At 3:30 PM the project had received over $11,000 and the number continued to rise.

At 4:20 PM it was poised to cross the $22,000 threshold, at $21,925. Who knows how much the crowd-funded potato salad project will have raised by August 2, the deadline for the campaign? It is much more than Brown anticipated.

It is no wonder that Brown, whose original goal was $10, has received so many funds. He's been written up on ABC 6, CNET, BuzzFeed and Mashable.

The entire endeavor hovers between comedy at its finest, and difficult to swallow -- not just because I'm no fan of mayo. Or because Brown admits on the Kickstarter page that "It  might not be that good. It's my first potato salad."

It is the epitome of Internet culture: People from all over -- close to 2,000 at this moment -- donating to and sharing the latest sensation. (Brown hit is "stretch goal" of $3,000 so now "the whole internet (sic) is invited!" to his pizza party celebrating the salad.)

But in this case, it isn't just sharing a cat video, creating a meme or downloading the latest app. It is real money. This sum (as of right now) is around twice as much as what the Huffington Post reported a McDonald's employee working 24 hours per week, at $8.95 and hour, makes in a year ($11,000). And according to figures from CNN, the amount raised is several thousand short of what the average student loan debt was at the end of 2013 ($29,400).

I am not laying the blame on Brown, or throwing a shade at the Internet. I think it is incredible how much people are willing to pitch in for folks' dreams and projects. Crowd-funding can be an incredible and community building process.

I do, however, think a little perspective is needed. Maybe we can gear the overwhelming power of the Internet towards a different goal.

We live in a world where an app like Yo raises millions and a potato salad raises over $20,000.