Two years after his faux-Indian debacle, the actor does it again 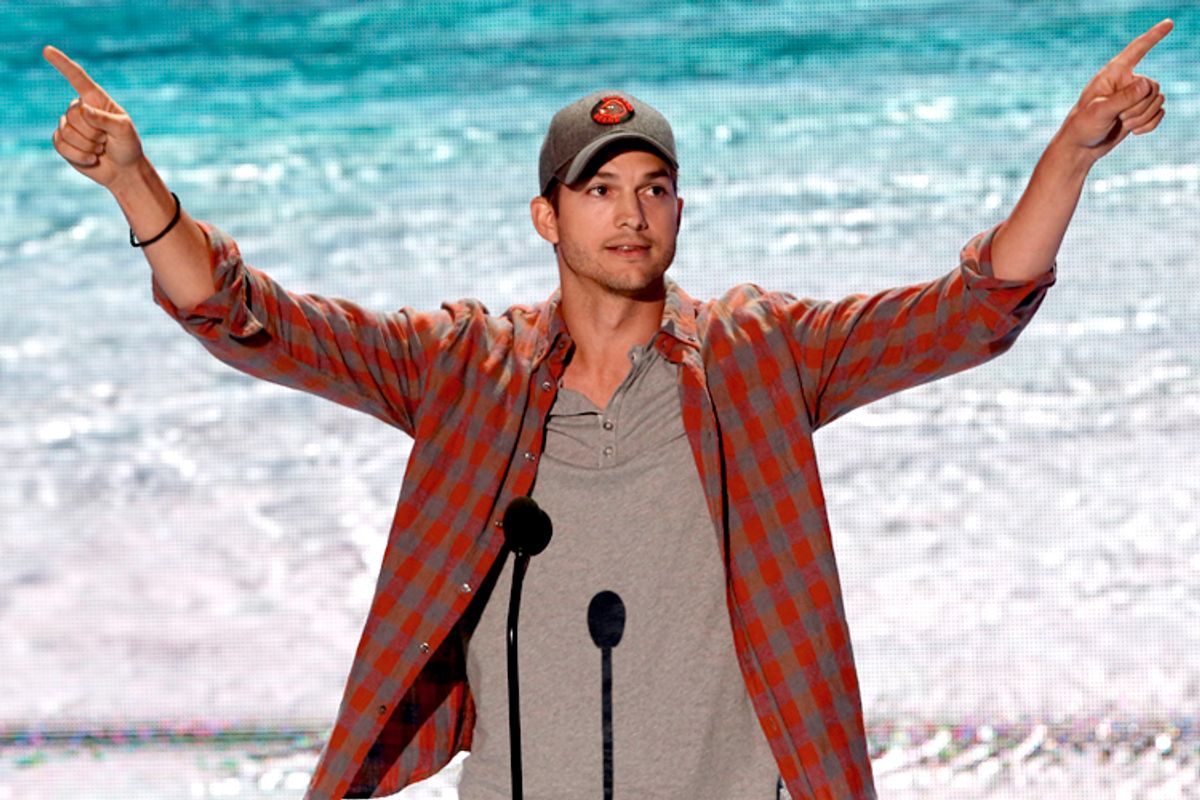 He just can't help himself, it seems.

Two years ago, Ashton Kutcher came in for criticism after he impersonated an Indian in a commercial for Popchips. And now, the "Two and a Half Men" actor has performed a faux-Bollywood number at the wedding of two friends.

The Hollywood Reporter notes that Kutcher wore "Indian garb" to perform a dance number at the wedding of Nikesh Arora (a Google executive) and Ayesha Thapar; afterward, "Kutcher grabbed the microphone and made a joke in an Indian accent." Video of the routine is available at TMZ.

Private weddings -- made less private by cellphone video -- have become only the latest place for celebrities to embarrass themselves, as witnessed by the video of homeless people that played at Justin Timberlake's wedding to Jessica Biel. And given Kutcher's iffy history of playing Indian as a joke, maybe he should have thought a bit more carefully about how it would play outside the room.